A poll taken of XTB UK clients highlighted that a majority of participants believe Donald Trump poses the biggest current threat to the stability of global stock markets - even more so than the prospect of Brexit or a slowdown in Chinese growth.

“Flash crashes and volatility [expected] during the election results announcement”

The poll, that went out to field on 25th October 2016 - two weeks before US citizens go to polling stations to elect their 45th President of the United States - asked a series of questions relating to how XTB clients felt the markets would react to either a Clinton or Trump victory, and how they may trade under each scenario.

1.On a scale of 1-5 (1 being none at all and 5 being the most) what impact on the markets do you expect the election to have? 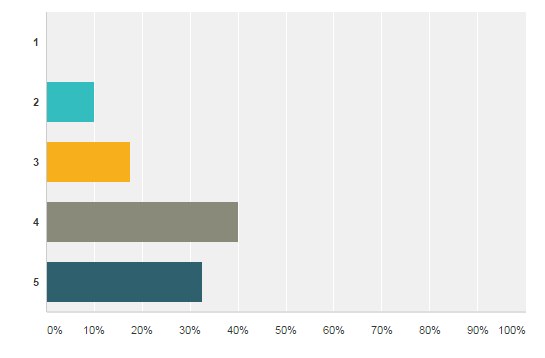 2. How would you trade USD following a Clinton victory?

3. How would you trade USD following a Trump victory?

4. Which President would be the most supportive to global stocks?

5. What do you think poses the biggest risk to global stock markets right now?

The poll highlighted a clear distinction in strategy amongst participants towards a Clinton or Trump win on November 8th. Perhaps the most surprising element of the poll is just how seriously XTB clients view a Trump victory could have on global stock markets. By rating a Trump win as a bigger risk to the stability of global stocks than Brexit or a slowdown in Chinese growth, which are both currently viewed as significant risks to the current market by most analysts, there is a clear feeling that investors are fearing the unknown that could accompany a Trump presidency.

If you'd like to know more about forex and CFD trading, visit our Trading Academy.

This article is provided for general information purposes only. Any opinions, analyses, prices or other content is provided for educational purposes and does not constitute investment advice or a recommendation. Any research has not been prepared in accordance with legal requirements designed to promote the independence of investment research and as such is considered to be a marketing communication. Any information provided does not have regard to the specific investment objectives, financial situation and needs of any specific person who may receive it. At time of publish, forty-five XTB clients had participated in the poll.

Past performance is not necessarily indicative of future results, and any person acting on this information does so entirely at their own risk, we do not accept liability for any loss or damage, including without limitation, any loss of profit, which may arise directly or indirectly from the use of or reliance on such information.

Previous
World Bank - What is the World Bank?
Next
Bollinger Bands, Concept and Use