Sellers have been dominated by buyers. The demand hit after seven consecutive down weeks on the S&P500 should come as no surprise. The NASDAQ is definitely the best performer today, but it is still close to 27% below historical highs which gives plenty of room for a potential rebound. Today's improvement in sentiment could herald an upward start to next week, which could confirm a broader upward move and give confidence to the bulls. On a negative note, the cryptocurrency market has been surprisingly losing correlation with the indices, with bitcoin retreating below $29,000. For digital currencies, the weekend could prove to be a nervous one, with Bitcoin struggling to maintain its current short-term key level near $28,500. 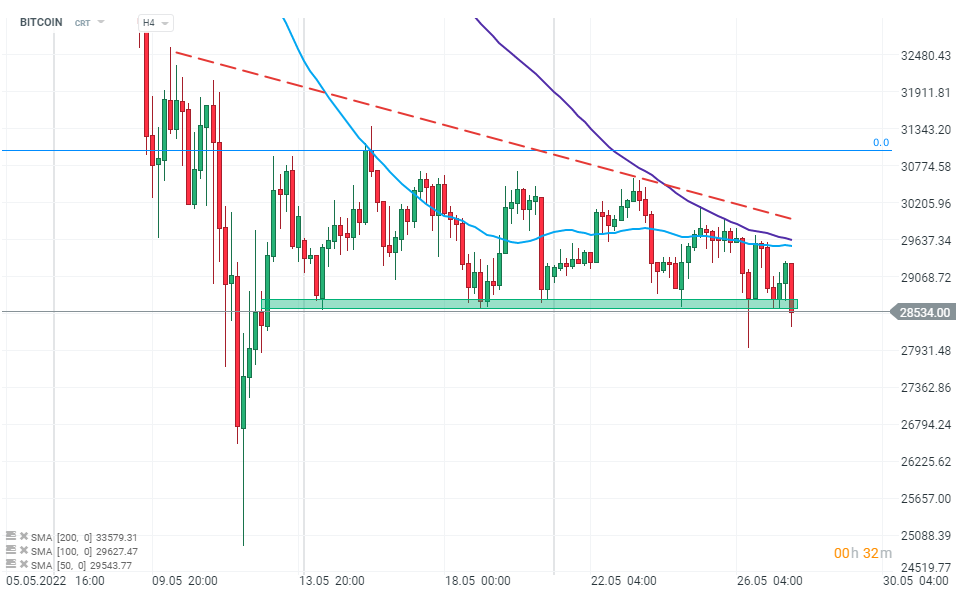 Bticoin chart, H4 interval. Despite the bullish sentiment in the equity markets, Bitcoin and other cryptocurrencies are dominated by the supply side, which is once again dropping BTC below the $29,000 support. Source: xStation 5

US500 fell sharply in the last few minutes as recent economic data weighed on market sentiment. The Richmond Fed Index has dropped to the lowest levels...