Last year markets were rattled by currency crises in Turkey and Argentina. This year the problems arose in a place where not many were expecting them. In this analysis we investigate the root of the Chilean crisis, consider the impact on the economy and analyse the USDCLP currency pair.

Roots of the crisis: it’s not about 30 pesos

Yesterday the USDCLP soared to 800 – a level never seen in the history and up 12.5% in just one month! Clearly the market panicked. What is the most striking that fear related to the economy seen as a star of Latin America. Indeed, Chile has been growing relatively fast and according to the IMF enjoys the highest GDP per capita among the top Latin economies. Chile also ranks high in many international rankings related to economic freedom and development. For that reason, it enjoyed a better image than other LatAm economies, especially neighbouring Argentina. 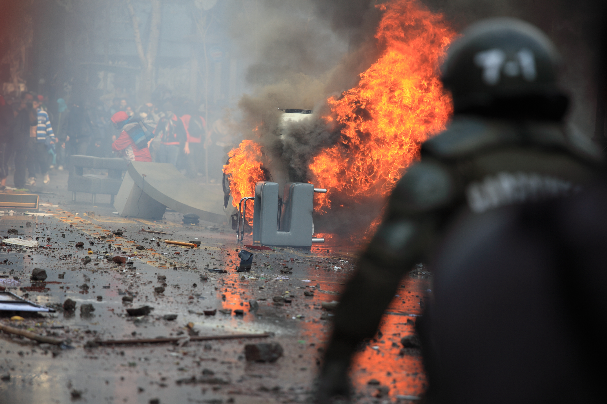 The current wave of protest has been sparked by a relatively small increase in metro fares of 30 pesos (about 4 US cents). That could be seen as trivial but in reality this was just this final drop that shed a bit of bitterness. Beneath the success story Chile hides many social problems: rising cost of living, wealth inequality and political scandals. Chile ranks 15th on the CIA list of 157 countries when it comes to inequality and according to the UN report top 1% of the population enjoys as much as 33% of incomes! Although inflation is contained, any raises are difficult to take for the working class. An increasing number of revealed political scandals and corruption adds to the public anger. This was well illustrated by the first response to protests by the minister of economy who advised the public to wake up earlier to take advantage of lowered metro fares before 7am.

The government has withdrawn higher fares and promised a slight increase in social spending. It also proposed constitution change but these promised did not stop the protests. Because there is no one single group behind the protests it’s hard to say what exactly could be done to contain the situation in the short term. Possibilities range from major spending promises to snap elections that could placate the public but could also increase market uncertainty.

"Human rights have been violated by the police forces, so the rage of the people is growing and the demonstrations are increasingly violent and uncontrollable. Retail sector has already announced that there will be more than 100,000 layoffs in the short term so the economic impact could be severe."

Impact on the economy

Chilean growth has been cooling amid global slowdown and lower copper prices and has been lately relying on private consumption. Therefore the protests can disrupt the economy. For investors it will be crucial how the government could address the situation as a major increase in spending would be unwelcome for 2 reasons: high (and rising) external debt at around 70% of GDP and moderate but rapidly rising public debt. A decision to “buy” the public might not be welcome by the markets. On the other hand, Chile is relatively open economy and has a moderate current account deficit of 2% of the GDP. A recent peso depreciation should help close the deficit and provide anchor to the currency (unlike with Argentina last year) although it will also increase cost of living even further. 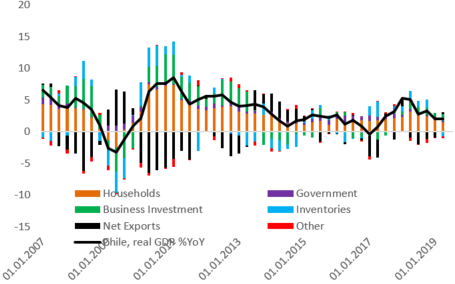 Growth in Chile has been relying on consumption lately. Protests and rising import costs could hurt the economy in the short term. Source: Macrobond, XTB Research

After breaking the 2016 high of 731.50 the USDCLP roared higher, crushing the all-time high from 2002 and only stopping at 800 after verbal intervention from central bank. We can see that historically periods of rapid USDCLP increases were not uncommon but their range was quite common – in all 3 situations it was just above 25000 pips! We will see if the history is repeated again. 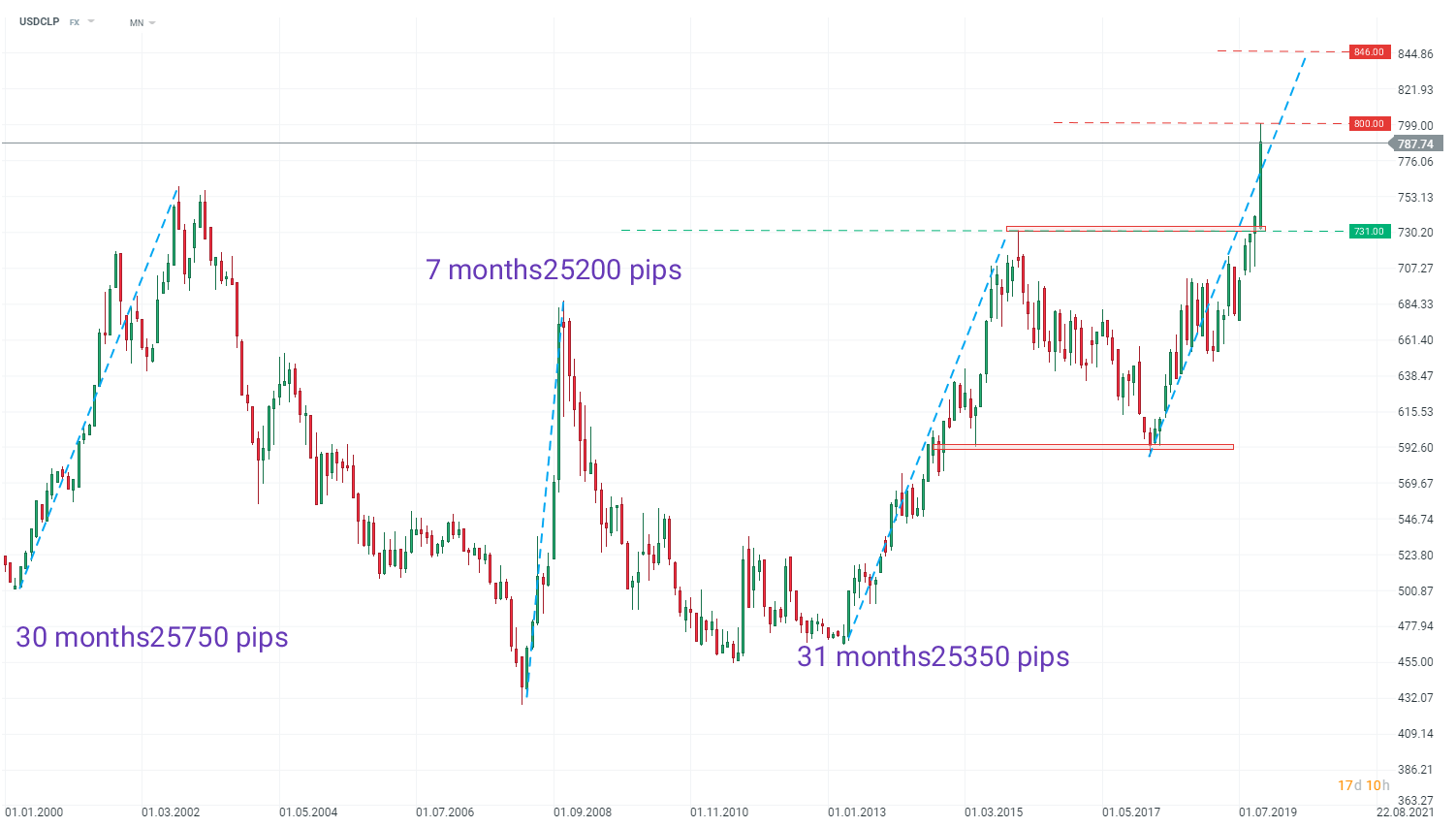