The fall of the Terra / Luna

The Terra/Luna cryptocurrency dropped another 75% overnight alone. This is one of the most spectacular crashes in cryptocurrency history and the biggest crash among the top cryptocurrencies. The project dropped from nearly $80 to $5 in 5 days. The cryptocurrency market is keenly watching the latest news about the project, whose collapse is being likened to the 2008 Lehman Brothers bankruptcy: 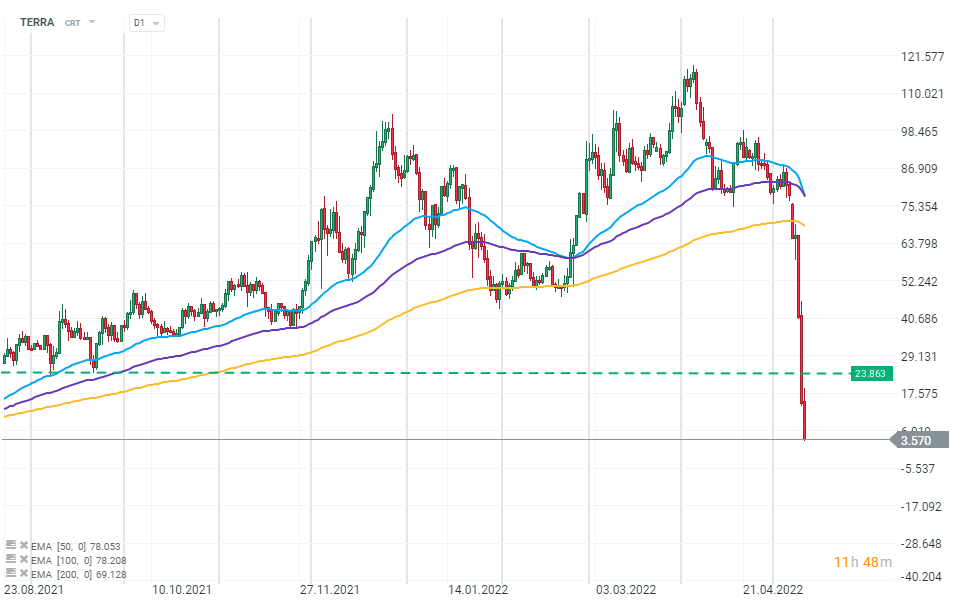