Types of Trends in Trading

Nothing rises or falls vertically. This is the reality of trends. There was a moment when, like Neo in the Matrix, we had to assume this by taking the red pill. And while we all understand this in our heads, it's sometimes difficult to translate this knowledge into actions. And the fact is that the short-term vision that we have about the market often makes us ignore the context of the asset that we are operating, beyond the movement of each new tick or candle that is generated. If the price rises, we believe that it will always rise, and if it goes down, we will be convinced that the price will continue to fall to 0. This can often cause problems for traders, causing them to rush and make wrong decisions over and over again.

If you've ever taken a course in Technical Analysis, it's very likely that one of the first things you were taught is that there are three important types of trends: primary, secondary and tertiary trends.

Primary trend: it is usually said that the duration of it is in a period between 9 months and 2 years. Undoubtedly, it marks the underlying sentiment about the economic cycle and the fundamental situation of a certain asset, beyond the shocks of the shift or short-term swings in which assets listed on organised or disorganised markets are involved. (The latter rather without a centralised organiser, which is not the same, such as OTC currencies, over the counter or behind the counter, which evokes the image of a shopkeeper behind a counter to produce a custom product, of the consumer or in this case, of the parties). Any product that is negotiated by a show of hands, in a market or haggling in a dark place hidden from the law, will reflect the ups and downs of imbalances, even mental ones, arising from a normal negotiation between two living beings. The interesting thing about a long-term trend, such as the primary one, is that regardless of whether the shopkeeper on duty today is in a bad mood, and no matter how much the price of pears has risen (generating a strong short-term price fluctuation, also called noise), if it turns out that this year there is an excess supply of pears, the shopkeeper will have to adjust his price. He will have to lower it to be able to continue crossing his sale price with the demand. The long-term trend is what it is, no matter how many scares we see in the short term.

It is interesting to observe how bullish trends tend to last longer than bearish ones. We already know that fear is stronger than greed, in most cases, and this maxim seems to be pronouncing itself by observing how the downward cycles in recent decades tend to have a more pronounced acceleration than at other times in history.

As we can see in the action of Amazon, especially since 2015, there has been an upward trend with a greater acceleration. Despite the fact that the monthly graph shows some corrections, we can easily notice that the trend is pointing upward. 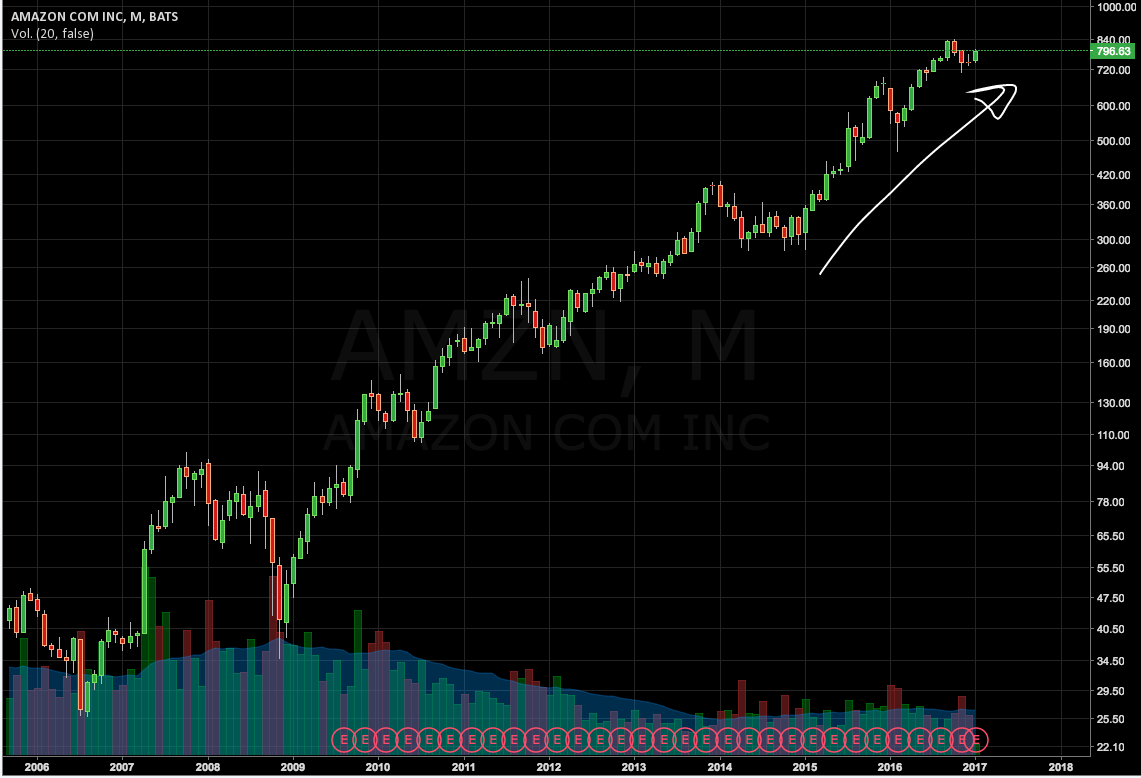 Intermediate trend: normally pigeonholed in the duration between six weeks and nine months. Intermediate trends are neither more nor less than the intermediate movements that occur in the longer-term trend. In this way, they interrupt the movement of the primary trend and can obviously go against it. That is why, if we see that a long-term trend is bullish and for weeks the price begins to fall initiating a new downtrend, a priori, we should not get too nervous since we are probably facing a correction of the primary trend.

In Amazon's daily chart, we can see that there have been more or less important setbacks on several occasions, causing a correction of the primary trend. Especially the second one, a movement that lasted two months and which could be pigeonholed within the duration of the intermediate trend. The rest of the movements, except for the first of the two that we've marked on the graph that has a downward trend that lasted a few weeks, are either bullish or lateral, but not bearish. This means that the stock has shown incredible strength. 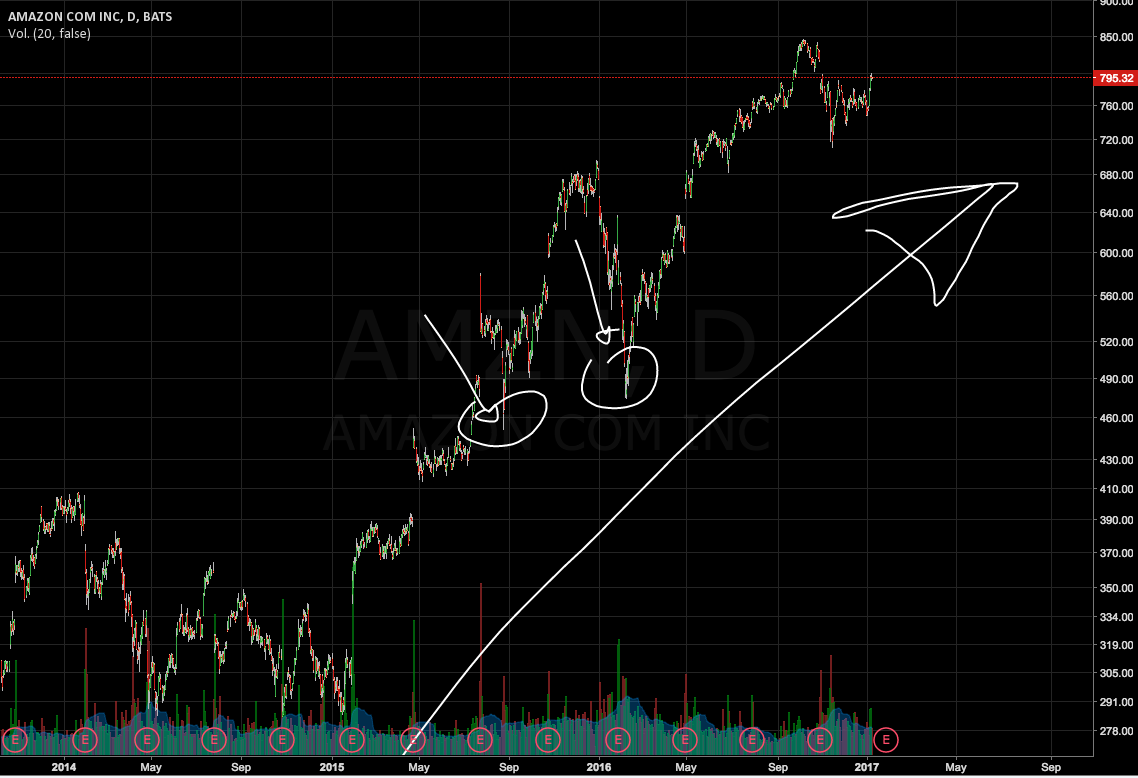 With these three types of trends we see one of the classic classifications of the concept that marks the central axis of market analysis, the trend. It is absurd to be too dogmatic with elements in which even in their own definition they can be subjected to rigid parameters. For this reason, although the durations of each classification are what they are, according to the classical doctrine, you will be able to see greater or lesser periods in the formation of the same. Nor are we going to get into debates or discussions if someone tells us that the short-term trend is three weeks instead of two.