In trading we typically look forward for setups and opportunities but the last day of 2019 is a good moment to take a look back as see which markets made big moves over the past 12 months and - more importantly - why. It may teach us good lessons going forward. (Notice: in this analysis we focus on CFDs that are available on xStation trading platform).

The CAD is somewhat unexpected winner as it didn’t draw so much attention. The economic situation isn’t really so outstanding with moderate growth, retail sales slowing down and manufacturing contracting. However, labour market remains strong and wages are rising at a rapid pace (ca. 4% y/y) and that kept BoC on the ropes after a series of rate hikes in 2018. With the US Fed cutting rates the policy rate in Canada is now pretty much equal to that in the US - for the first time since 2016. Furthermore the CAD was boosted by oil prices and hopes related to the USMCA trade deal. 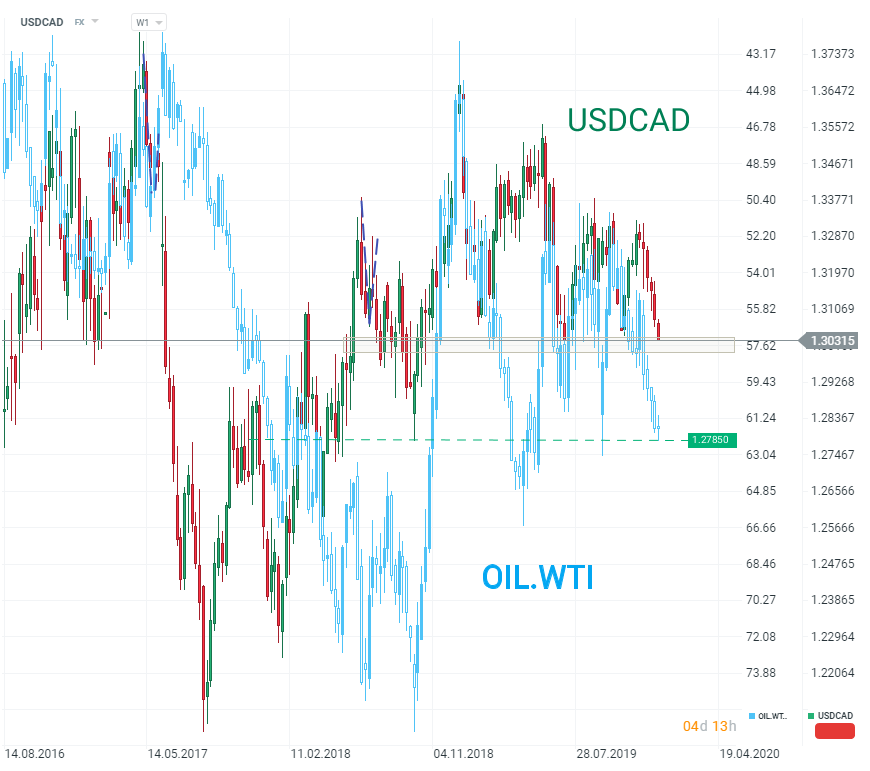 ​​​​​​Higher oil prices (here reversed on the chart) helped drive USDCAD lower. The next level to watch for the pair is 1.2785. Source: xStation5

Lira was a big loser in 2018 when structural issues (mainly large CA deficit and a pressure on central bank to refrain from rate hikes) were compounded by a serious diplomatic crisis with the US (so called Pastor Crisis). This crisis forced president Erdogan to accept a massive rate hike and softened his stance towards the US. That allowed the lira to trim the losses but in 2019 the USDTRY started to move up again. As inflation retraced the central bank found itself back under pressure and cut rates more than expected contributing to a 10%+ decline vs the greenback. 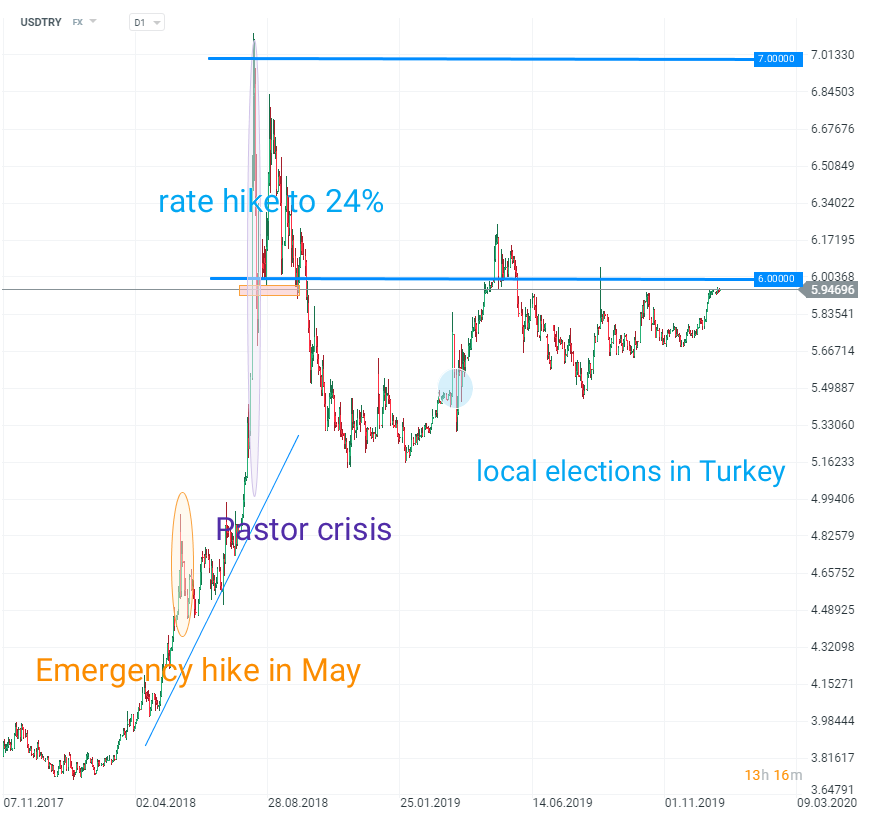 The USDTRY has calmed down but it seems to be back on an upwards trend. Source: xStation5

The WTI oil is a little surprise in terms of leadership on commodity market this year. The price has gained more than 35% surpassing other interesting commodities such as nickel and coffee. The price has low base from the end of the previous year and the price has rallied at the end of the year due to the new OPEC+ agreement of additional production cuts and also trade deal between China and the US. However, we should remember that these factors that lifted price at the end of the year may not be sufficient to maintain the upward trend, given expected increase in inventories in the first half of the next year.

Oil WTI has gained more than 35% due to low base from the end of the previous year and positive geopolitical events at the end of the current year. Source: xStation5

Despite quite a good situation on the commodity market this year, the natural gas is a definite loser. The price has lost 25% this year which was effect of a large oversupply in the United State. The increase in LNG gas exports was not enough to offset a strongly growing shale production. In addition, weather conditions were moderate in both summer and early winter which meant less gas consumption growth than usual.

Another surprise on the market this year. The Russian Trading System Index (RUS50) which is calculated in US dollars was one of the leaders on the global equity market. Almost 45% gain was caused by two factors: strong rubel that is result of cautious interest-rate policy, tighter budget rules and abandonment of currency intervention in recent years and on the other hand increase in the price of oil which is important for many companies included in the index.

RUS50 has gained due to strong currency and rising oil prices. Source: xStation5

Looking for a loser on equity market, we do not have to look too far from Russia. One of the worst indices in the world was WIG20 from Poland. This should also be a surprise, due to good stance of the Polish economy this year, especially looking at euro area economies. WIG20 contains a large share of financial institutions that are not only under government control, but also were under pressure of FX loans case that still may cause huge losses in sector. On the other hand, we have noticed a huge sell-off on energy companies due to high costs. However, in the end the loss of the WIG 20 was only 5.5% this year.

WIG20 was one of the weakest indices in the world this year, but losses have been reduced after the rebound from important support zone above 2000 points. Source: xStation5