Are we close to a major move in EURUSD?

The EURUSD currency pair has been trading in a narrow consolidation for quite some time. The 1.12-1.13 support zone has prevented declines but the euro has been unable to capitalise on it. With two big events coming this week – the ECB meeting on Thursday and the NFP report on Friday – are we close to a breakout?

Only a few months ago the ECB had hoped to raise rates in 2019 as such a move would confirm an ongoing recovery in the euro zone. With business activity slowing sharply, these hopes have now completely faded and attention has turned to actions that could support growth. The ECB will cut macroeconomic projections, but to what extent? A forecast of growth below 1.5% for 2020 would admit that the economy is in trouble, but the Bank might not be ready for this move. Moreover, investors will await the details of TLTRO financing – a program that could support the economy but is certainly far less flashy for the markets than the QE (quantitative easing – the program that was terminated in December). 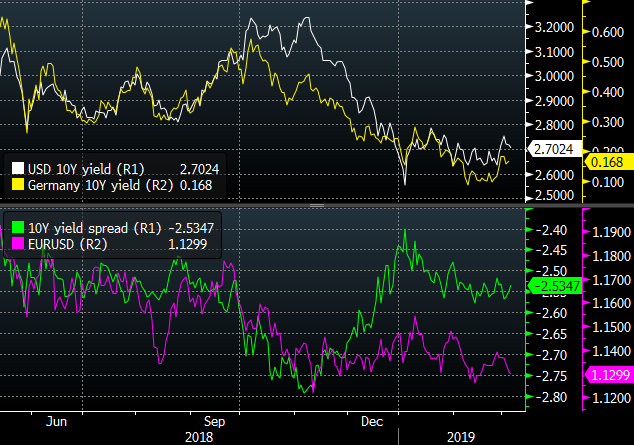 Bond yields spread and EURUSD have diverged but the euro has been unable to close this gap so far. Source: Bloomberg, XTB Research

Employment reports out of the US have been notably strong recently with the past two showing both strong employment growth and upward pressure in wages. As a consequence traders are once again speculating about interest rate hikes in the US. Statistically, February was the best month for employment between 2011 and 2018 so markets are comfortable ahead of the upcoming release. Is this complacence risky? We've had only four readings since 2011 when employment grew (according to the first release) by at least 300k for two consecutive months. The next month brought an employment decline of 27k on average but the span was between -378 to +502k! That makes the incoming report very intriguing. A further solid rise in employment and wage growth would cement expectations for an interest rate hike while a weak report (below 150k) would cool sentiment towards the US economy. 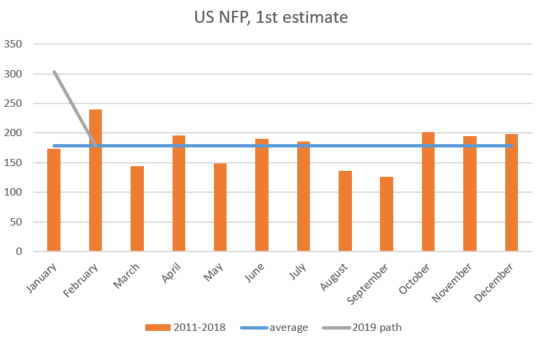 February has been an extremely good month for employment during this decade – so far. Source: Macrobond, XTB Research

The support zone of 1.12-1.13 has acted as a rock bottom for the EURUSD but then again the euro has been unable to capitalise on it, leading to a triangle pattern with increasingly less room inside. Technically a triangle is a continuation formation but it’s not bullet-proof and a strong impulse from the 1.13 level could be decisive for setting a direction. 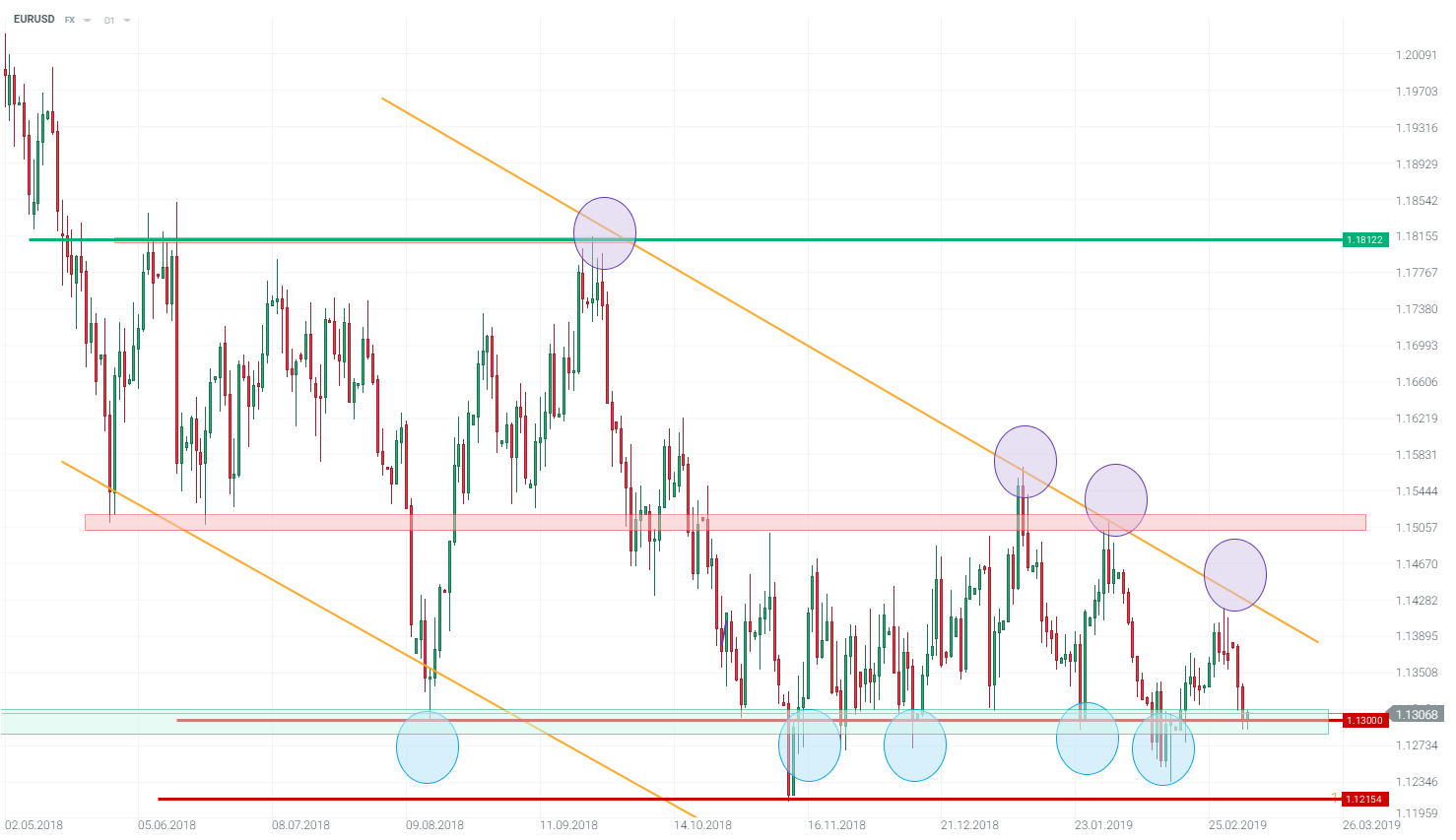