Very large losses in coffee production occurred in 1994 and 1999. The biggest price reaction took place after the wave of frosts in 1975. Source: coffeeresearch.org, ICO

The above chart shows (marked in yellow) price movements during severe frosts. It is worth noting that previously the upward movement after frosts never started from such high levels. Source: macrotrends.net

The correlation between sugar and oil is currently very high, which results from the fact that the supply of sugar is limited mainly by the demand for cane from ethanol producers. Source: xStation5 The use of power in Chinese refineries. Source: S&P Platts

Crude oil prices continue to rebound in an attempt to erase losses from the beginning of the week, which was associated with a pullback in equity prices. Nevertheless, price increases may be limited by concerns regarding a smaller recovery in demand. Source: xStation5 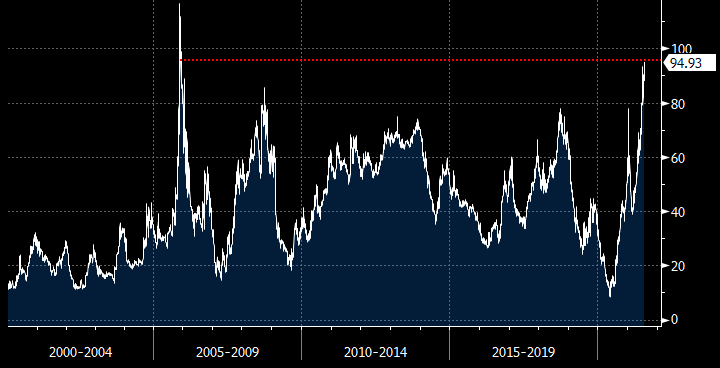 Gas prices in the UK at the highest levels in 15 years! Source: Bloomberg 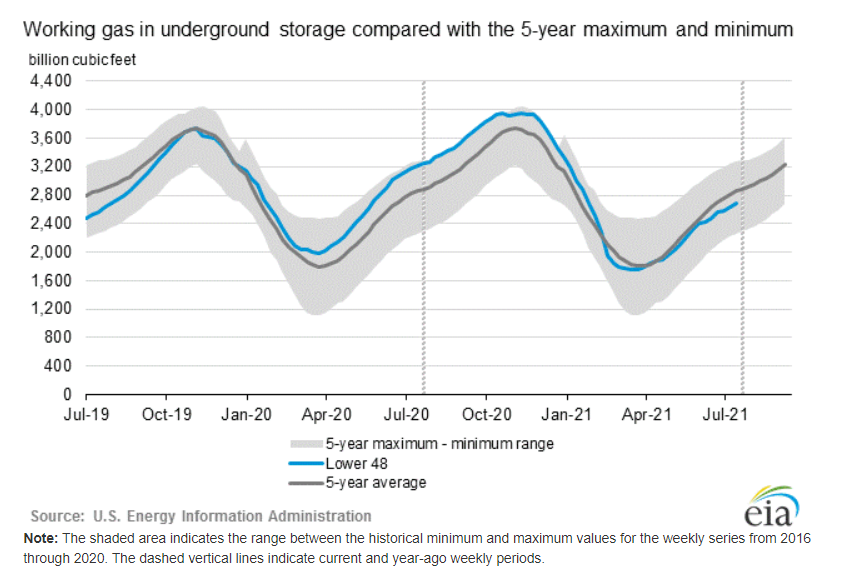 Gas inventories are rising, although they remain below the 5-year average. Source: EIA

Net positioning is falling, although at the same time the number of positions is growing, both short and long, although at a different pace. One can see that the seasonality indicates the beginning of an uptrend. Source: xStation5