Oil once again trades in an important technical spot, following a bounce off the $60 area. OPEC+ may potentially decide to at least temporarily bring back some production, what may push prices down towards the $63 area. Recovery from this area may result in an inverse head and shoulders pattern surfacing on the chart. On the other hand, dropping towards the $60 area may result in a double bottom pattern. Source: xStation5 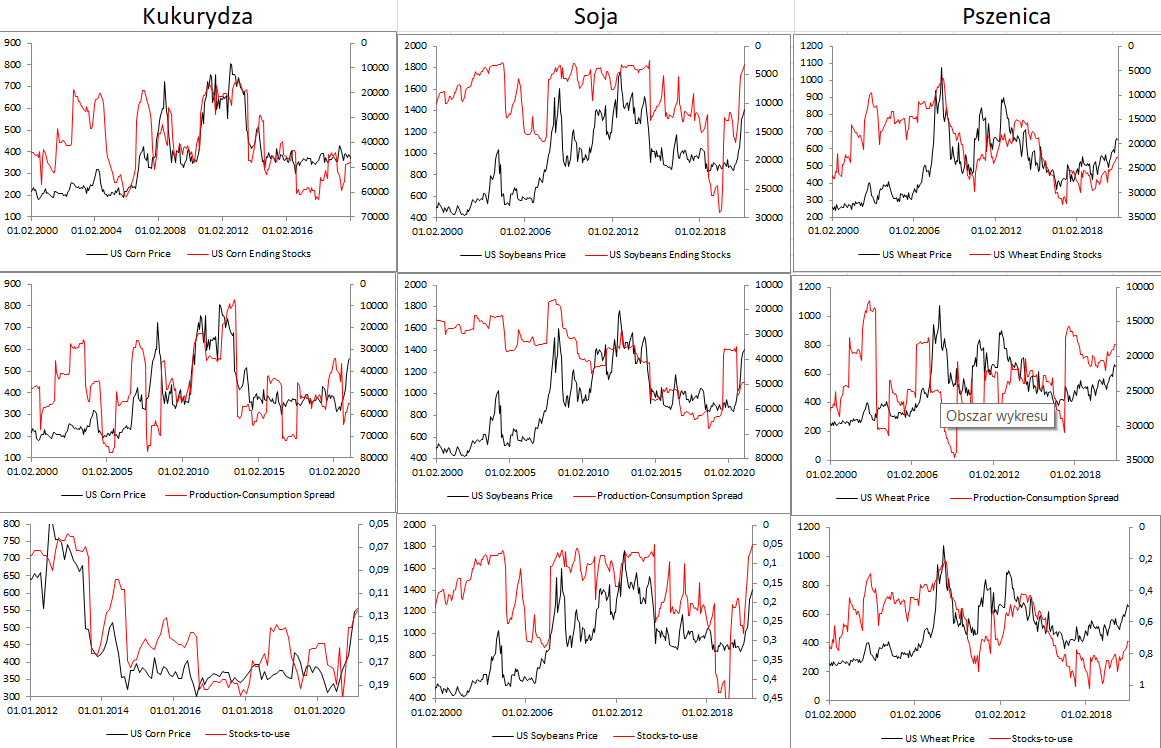 Fundamental situation in the United States signals that soybean prices may continue to rise on the back of limited supply. Source: Bloomberg, USDA, XTB

Bloomberg estimates point to further declines in corn and soybean stocks-to-use ratios globally. It means that the supercycle on those commodities may not have ended yet. Source: Bloomberg

Soybean may be heading for the first monthly drop since May 2020. Net positioning starts to fall from extremely high levels. Correction in 2011, started after record highs were reached and positioning reached similarly extreme levels, saw the price drop 1,800 cents per bushel, to a level of 1,350 cents per bushel. Source: xStation5

Recent declines on the oil market have a negative impact on sugar price. Moreover, BRL remains very cheap, what means that producers see no reasons to limit exports. Positioning remains very flat but resembles the situation from 2016, when a local high on the sugar market was reached. Nevertheless potential price recovery may take place in May, when delivery issues may become an important factor. Source: xStation5

Recent price performance of Palladium may resemble what has happened exactly a year ago. On the other hand, fundamental situation seem to support higher prices. Source: xStation5 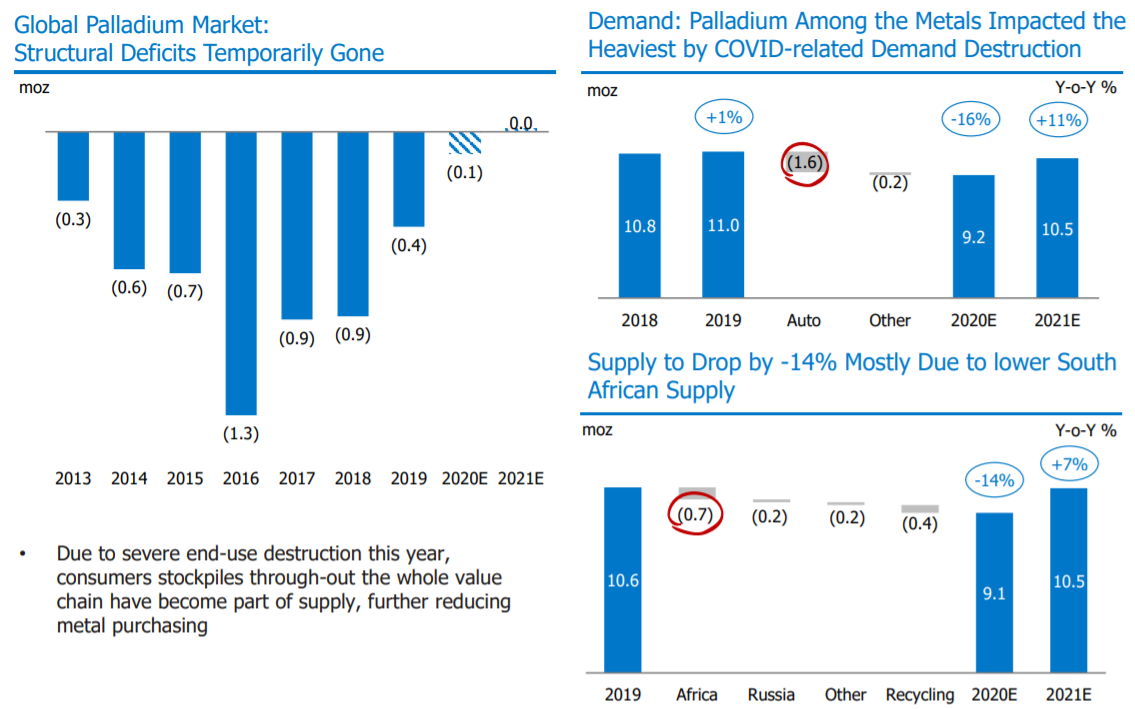 Nornickel hinted at palladium demand and supply balancing in 2021. On the other hand, mine floodings that happened this year may limit production of the company by 15-20%. Nornickel is the world's largest palladium producer. Traders should also keep in mind that potential issues may arise in South Africa just as it was a year ago (not only because of Covid-19 but also energy shortages). Source: Nornickel