The euro moved down all of a sudden after market participants were offered news that the ECB was reportedly mulling over a change in its inflation target determined as “below but close to 2%”, the news was brought by Bloomberg. A possible change would probably need a broader policy review and one could imagine it would be implemented later this year when Mario Draghi ends his term in office. That could be considered as the first material impact of an incoming change at the post of ECB governor - Christine Lagarde will lead the ECB since this autumn. 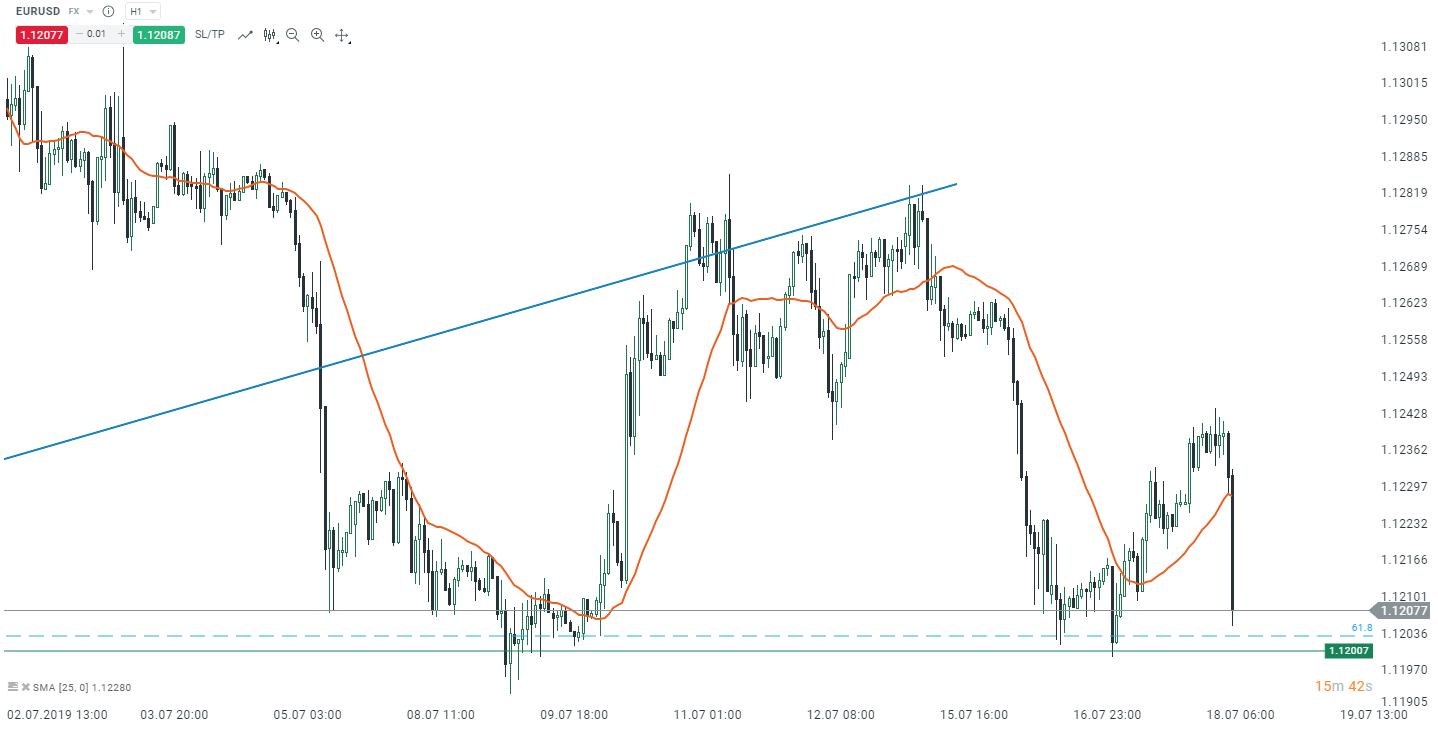 The EURUSD loses ground after the unexpected news brought by Bloomberg. Source: xStation5