Both a speech of Jerome Powell and the Fed minutes from the latest meeting provided market participants with a confirmation that the central bank will deliver a rate decrease later this month. The account showed that many officials saw a stronger rate cut case on the back of rising uncertainties and downside risks to the US economy. As a result, many of them judged that additional monetary accommodation would be warranted in the near term should these recent developments prove to be sustained and continue to weigh on the economic outlook. On the other hand, several members were not convinced with regard to rate cuts being afraid of financial imbalances caused by them. On the inflation front, many officials noted that not only risks to price growth were tilted to the downside, but also that various measures of inflation expectations could be below the level consistent with the Fed’s aim. By and large, the minutes cemented expectations concerning a rate reduction in July, however, one may forget about a 50bps decrease what would mean the Federal Reserve is in a panic mode. In practice, this is exactly what markets had known before both the Powell’s speech and the minutes were released. Nonetheless, a response to these events were notable with the US dollar sliding heavily along with bond yields as if markets were taken off-guard - a bizarre reaction to say the least. Anyway, it was sufficient to push US indices to fresh highs with the NASDAQ closing at a new all-time high and the SP500 breaking a 3000 points mark for the first time. 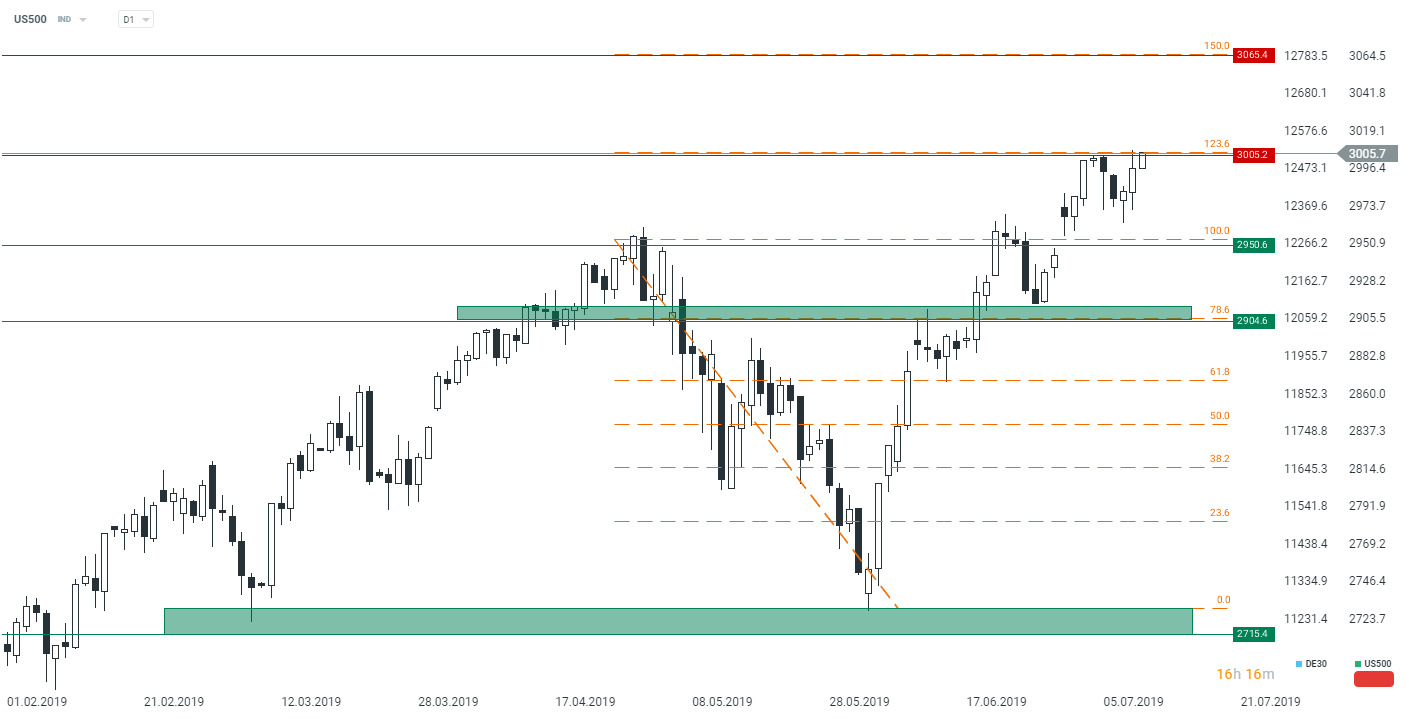 The SP500 (US500) managed to close above 3000 points on Wednesday, for the first time ever (cash market). Technically one may set another possible target at around the 50% retracement of the latest bearish swing taking place in May. However, keep in mind that stocks’ valuation may also be affected by the upcoming earnings season with companies having to deal with an array of risks when presenting guidance to their investors. Source: xStation5

According to Kazuo Momma, a former executive director at the Bank of Japan, the central bank needs to extend its pledge to keep extremely low interest rates and it may do so this month, a day before the Fed will cut rates. He added that the length of the current forward guidance extension would depend on the BoJ’s economic outlook, hence it might be extended aggressively once the BoJ would not see a pick-up in growth within six months. However, one needs to be aware that monetary policy has become recently a less important driver for the Japanese yen or other JPY-denominated assets. Nobody sees the BoJ rising rates in the foreseeable future and nothing in the global economy suggests such a scenario. Looking at the yen from the long-term point of view one may notice that it remains well below its “fair value” based on our analysis (a REER approach). 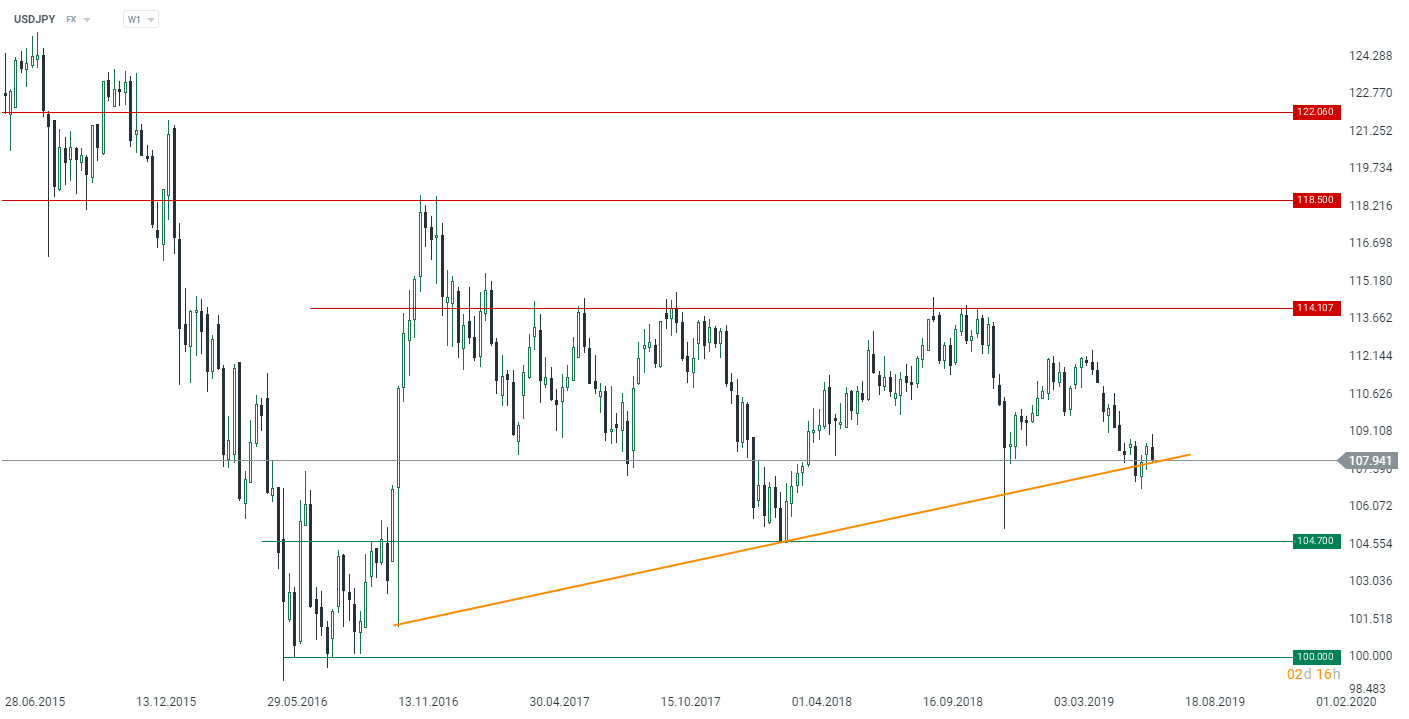 The USDJPY hovers around its important trend line. Meetings of Fed and BoJ later this month could show a direction for the pair for the upcoming months. Source: xStation5

Crude inventories in the US dropped  by 7.373 million barrels in the week ended July 31st, following an 10.612 million decline in the previous week...

US ISM Non-Manufacturing PMI above expectations