In March core price growth in the Japanse economy climbed somewhat more than expected, however, the rate of growth remained well below the BoJ’s desirable level. The report had, as usual, a very limited impact on the yen. On the other hand, the Japanese equity market (JAP225) is trading 0.4% higher at the time of preparing this analysis. Elsewhere, Chinese stocks are falling with the Shanghai Composite losing 0.1%.

Despite a higher-than-expected increase in headline price growth in March, Japanese inflation remained distant from the BoJ’s target. Source: Bloomberg

Headline inflation grew 0.5% in annual terms, up from 0.2%, matching expectations. At the same time, core inflation - excluding fresh food - ticked up to 0.8% from 0.7%, no changes had been expected. On the other hand, the other core inflation gauge which strips out fresh food and energy held unchanged at 0.4%. While the uptick in some core prices could be good news for the Bank of Japan, one needs to be aware that the target of 2% remains elusive and nothing suggests that this may change in the foreseeable future. On top of that, we have been offered some reports that Japan may hold off on rising a sales tax this fall. As a result, we could not experience even a short-lived increase in prices as we did in 2014. Apart from the inflation report for March, it is also worth mentioning a reduction in purchases of JGBs the Bank of Japan announced overnight. It decided to cut the amount of 10-25Y JGBs purchased at today’s operation by 20 billion JPY to 160 billion JPY. Smaller purchases were also observed at the long-end of the yield curve (25-40Y bonds). However, let us remind that some deviations may occur from time to time and they do not point to any change in the BoJ’s monetary policy stance. 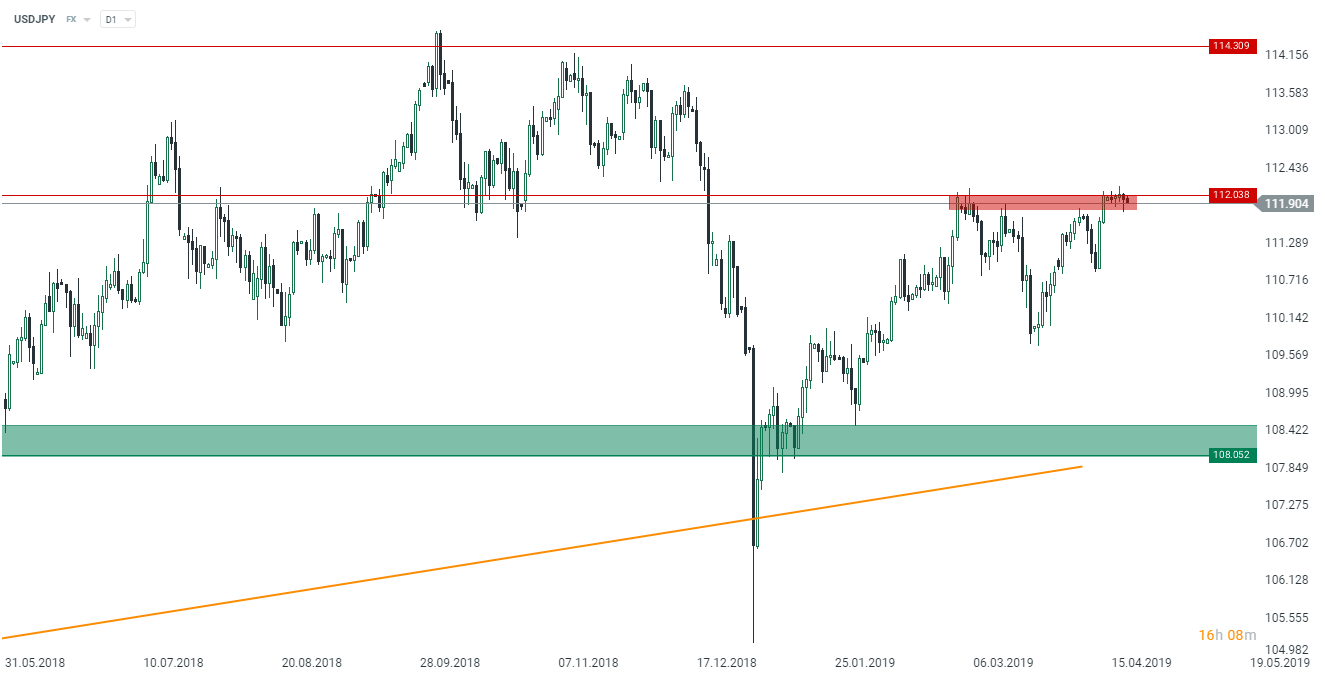 The USDJPY is trading nearby the supply zone placed around 112. Given low expected volatility on Good Friday one may suppose that the price may not move too far from its current level. Source: xStation5