After a turbulent May when markets where shocked by a return of trade wars, hopes for a return to better relations between China and the US were on the rise ahead of the pivotal G20 meeting this weekend. Will a meeting between Xi and Trump end in market euphoria or will investors be left disappointed. We present 4 scenarios.

What would be required to initiate a firmly bullish market reaction? Not only a full return to trade talks but also a withdrawal of tariffs that were placed on China in May (at least for a period of negotiations) and a lift of a Huawei ban. That would be really a huge dose of goodwill from Trump which is why…  it’s very unlikely to occur. Let’s move on…

Something more realistic would be a promise not to apply new duties (on the remaining $300 billion of imports from China) and lift the May duties and perhaps Huawei ban IF a deal is reached within a certain timeframe. Markets would likely assume that China would like to avoid escalation down the road and the deal would be reached.

The most likely scenario is a return to negotiations with the US promise not to apply new tariffs as long as these negotiations are going well. Markets could initially react with optimism but this scenario is more than fully discounted already and present barriers would continue to weigh on the economic growth investors could realize that any deal is distant and might come too late to avoid slowdown.

Breakdown of talks would be the nightmare scenario as that would mean more tariffs and perhaps even geopolitical tensions. Fortunately this seems to be the least likely scenario. 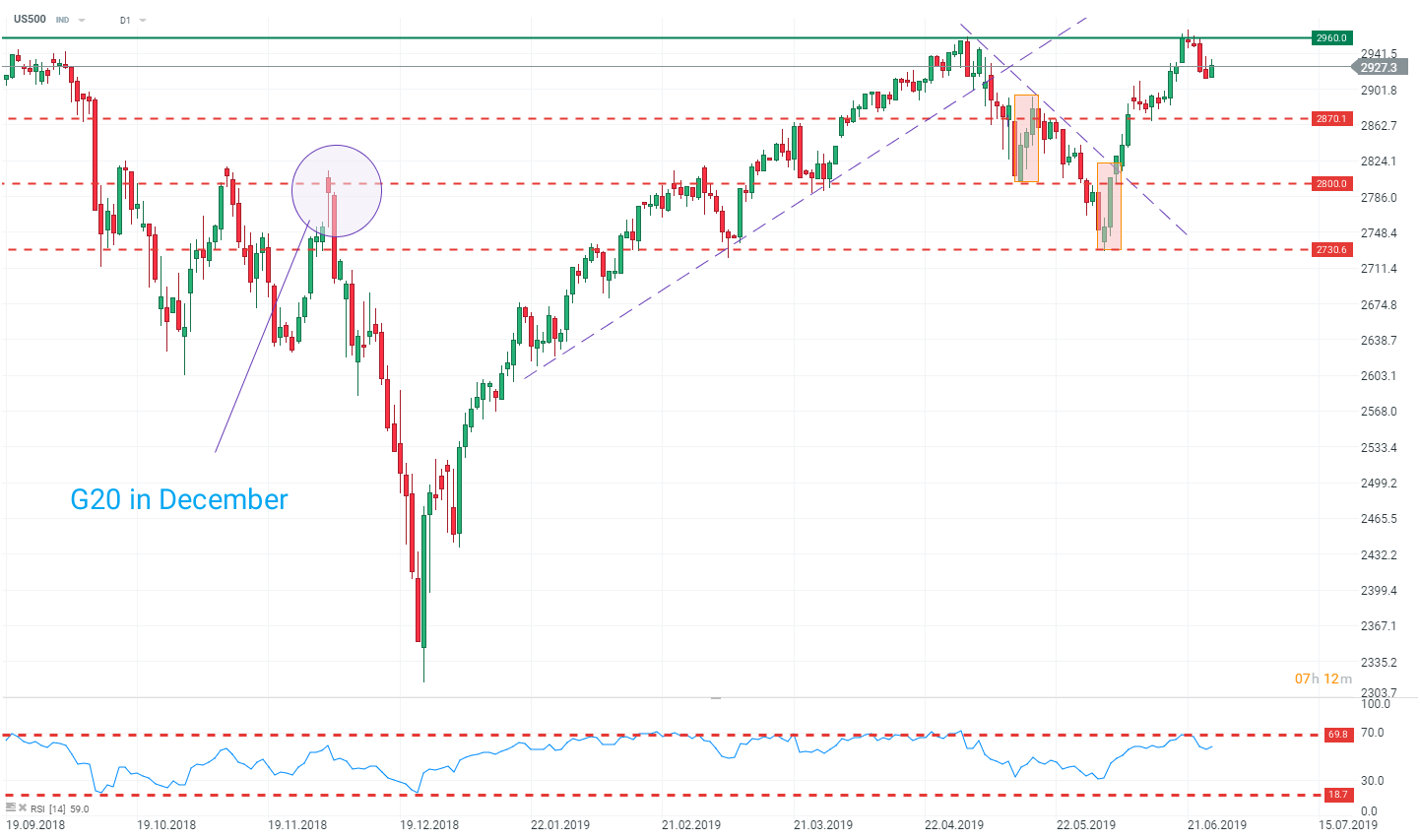 The most obvious market reaction can be expected on indices with US500 the prime candidate to reflect investors’ sentiment. The index has recently reached all-time highs but failed to extend the rally and technically could draw a double top formation. Investors should bear in mind a reaction to a “trade truce” in December when the first wave of optimism evaporated very quickly.  (source: xStation5)