Inflation in New Zealand sped up to 1.7% in annual terms in the second quarter, up from 1.5% seen during the first three months. The release matched the median Bloomberg estimate. 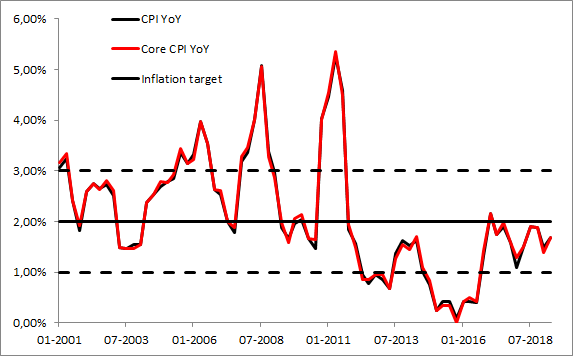 It is worth noting that the pace of price growth last quarter was in line with the RBNZ forecasts which see this pace to slow during the second half of the year. As a result, New Zealand’s inflation is expected to stay at or below the RBNZ target midpoint of 2%. This along with other central banks suggesting they will stimulate their economies is enough for traders to price in a next rate cut in New Zealand in August (the market-based probability points to over 80% for such a scenario). At the same time, core prices excluding food, fuel and energy jumped 1.7% compared to the corresponding period last year and other measures of underlying price growth moved up as well. Moreover, non-tradable prices - not affected by currency fluctuations - rose 2.8% YoY, the same pace of growth as seen in the first quarter. Among reasons behind quicker inflation we have fuel prices which rose 5.8% YoY, and by so-called second round effects may have affected other categories too. Overall, the kiwi did not respond significantly to the inflation data but it trades 0.2% higher against the US dollar in early European trading. 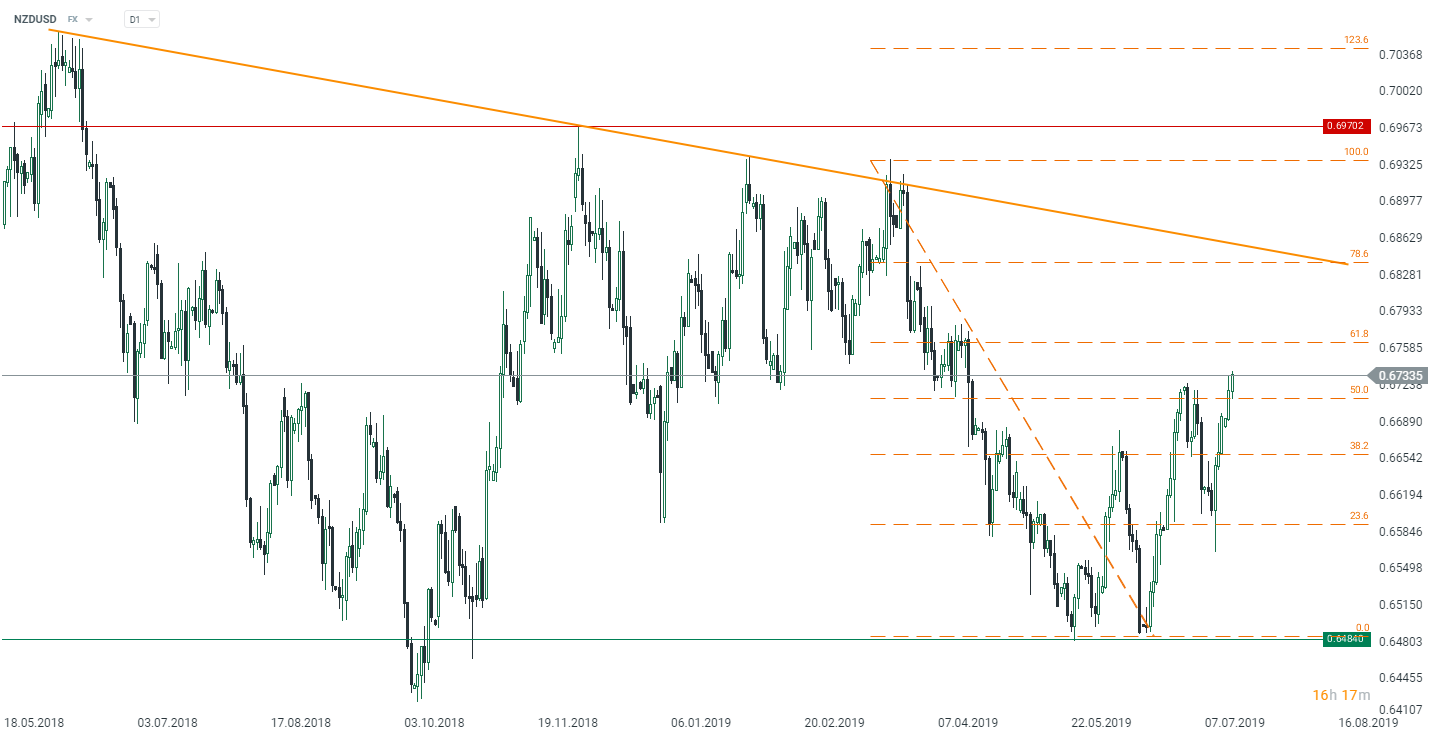 The NZDUSD is going up following the inflation data for Q2 and looking at the chart above one may suppose that this rally could continue up to the bearish trend line placed currently nearby 0.6850. Source: xStation5

Beyond New Zealand’s inflation we also were offered the account of the latest RBA meeting in July. The document pointed that the board saw subdued wage pressures in the economy and that spare capacity in the labour market would remain in place for some time. Officials reckoned that lower rate would keep the Aussie lower and lower borrowing costs should free up cash for consumer spending. They also noted signs of stabilisation of house prices in Sydney and Melbourne. Finally they reiterated that risks from trade disputes were high. The RBA cut its main rate to 1% earlier this month.

The third information being worth looking at are phone talks between US and Chinese officials scheduled for this week. It looks that what happens next will depend on these phone talks - according to Steven Mnuchin if they are productive then he and Robert Lighthizer may travel to Beijing for trade negotiations. However, let us recall that the latest revelations may make these negotiations tougher given the fact that China has yet to ramp up its purchases of US agricultural products and the last foreign trade data showed the widening China’s trade surplus with the US.