Should investors be concerned with the industrial slowdown?

A drop below 50 in the February Chinese manufacturing PMI overnight means that for the first time in seven years these PMIs for China, Japan and the Eurozone are all simultaneously in contraction territory. Should such a slowdown be a concern for the markets? We take a closer look in this analysis.

The data from China confirmed that manufacturing has been struggling. February was the first month since October 2012 where PMIs for Eurozone, Japan and China all landed below 50 points. The first “dip” below this mark occurred in June 2016. Back then the slowdown occurred as financing conditions tightened and industry choked after the first major post-crisis recovery. When we revisit this last slowdown we can actually see it didn't affect stock markets seriously. Yes, there were corrections on both the US500 and DE30 but when PMIs dipped below 50 in all three areas, stock indices were actually bottoming out. In the second half of 2012 the US500 rallied 12% and DE30 advanced by nearly 20%! Does this mean that a rally could be in store today as well? 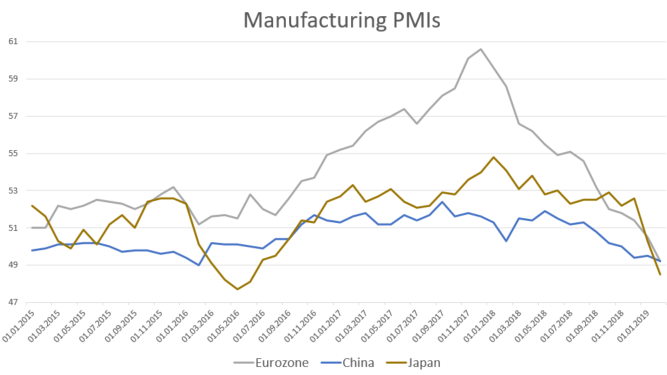 Manufacturing conditions have been deteriorating in a way not seen since 2012. Source: Macrobond, XTB Research

One should be careful to come to simple conclusions. In 2012 the global economy was still in the early stage of the economic cycle and there was plenty of spare capacity after the devastating recession of 2009. This is not the case now as the global economic cycle enters its 10th year. Even more critically, the Top 3 central banks (Fed, ECB, BoJ) started their multiyear program of a massive balance sheet expansion (known as QE or money printing) while these net purchases turned negative late last year and should remain negative for most of 2019. Even if the Fed refrains from interest rate increases, balance sheet reduction will have a tightening effect - in stark contrast with 2012. 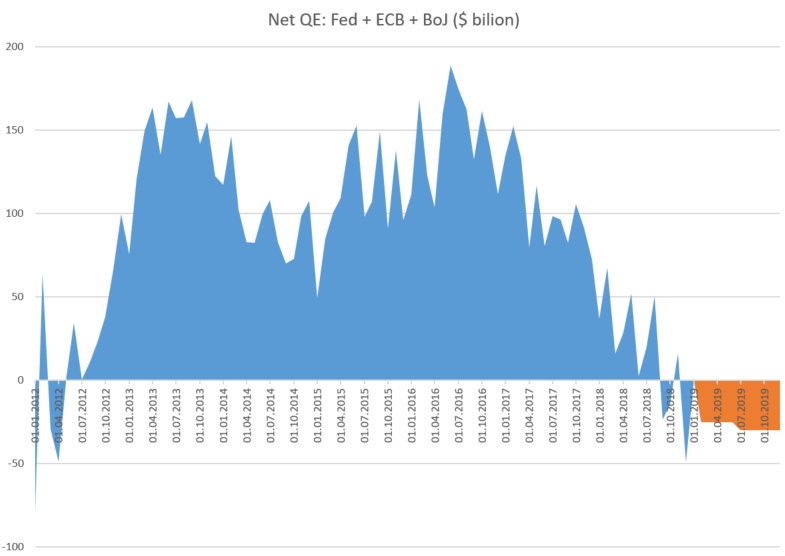 Therefore, the question is how long this manufacturing slowdown lasts. Things like the US-China trade deal or Brexit could go 'right' and provide uncertainty relief, but just as likely are alternative scenarios - for instance, the introduction of US auto-tariffs could cause a recession in the industry across the globe, so investors should pay close attention to these developments.

A revival in European stocks has not been as spectacular as in the US but the DE30 has still recovered 11.5% since its December low. We can see a reverse head and shoulders formation but then again the index is at an upper limit of a downward channel that blocks a materialization of this formation. This technical conclusion could also tell us a lot about the near future. 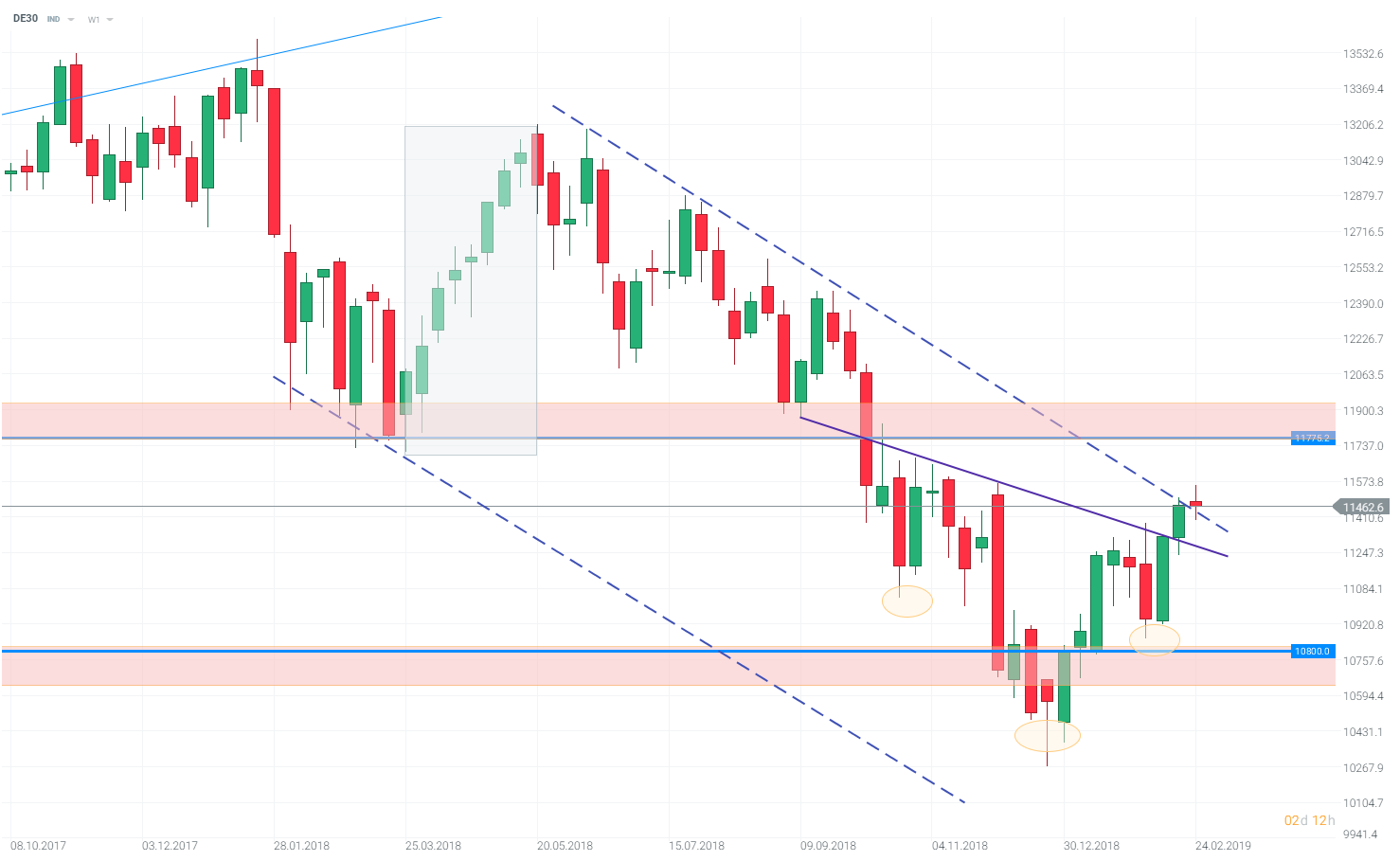 Lack of conclusion this week will keep the situation open on the DE30 at the beginning of March. Source: xStation5