Wall St. looks to end good week with a flourish; GS breaking out?

US stock markets have started higher at the beginning of the final cash session of the week with the 3 large cap indices and the small caps all trading in the green. It’s been a good week on the whole for US equities with new highs seen across the major large cap benchmarks largely thanks to Fed chair Powell reaffirming the central bank’s intention to cut rates at month end. Looking at data from outside the US there has been some concerning figures from Asia with Singaporean GDP dropping to its lowest level in a decade and the most recent Chinese trade figures clearly reflecting the negative impact that tariffs are having.

The Dow Jones Industrial Average breached 27,000 for the first time yesterday and the market is seeking to extend this breakout before earnings season kicks off next week. Source: xStation

Another byproduct of the trade tariffs is the potential inflationary impact they could have on the US and while it would be premature to say that there’s been clear evidence of this, there have recently been a couple possible warning signs. The rise in the core CPI reading above 2.0% in year-on-year terms yesterday means this metric is now higher than the Fed’s inflation target and this afternoon the latest look at core PPI showed a 2.3% increase. Both these metrics have pulling back for much of this year but the recent tick higher could be seen to suggest the declines are set to end. This may pose something of a headache for the Fed with rising inflation the last thing they want to see when they have clearly signalled that rate cuts are coming. A looser monetary policy in response to a slowing economy and rising inflation could cause a move towards stagflation and this would be bad news for the US. 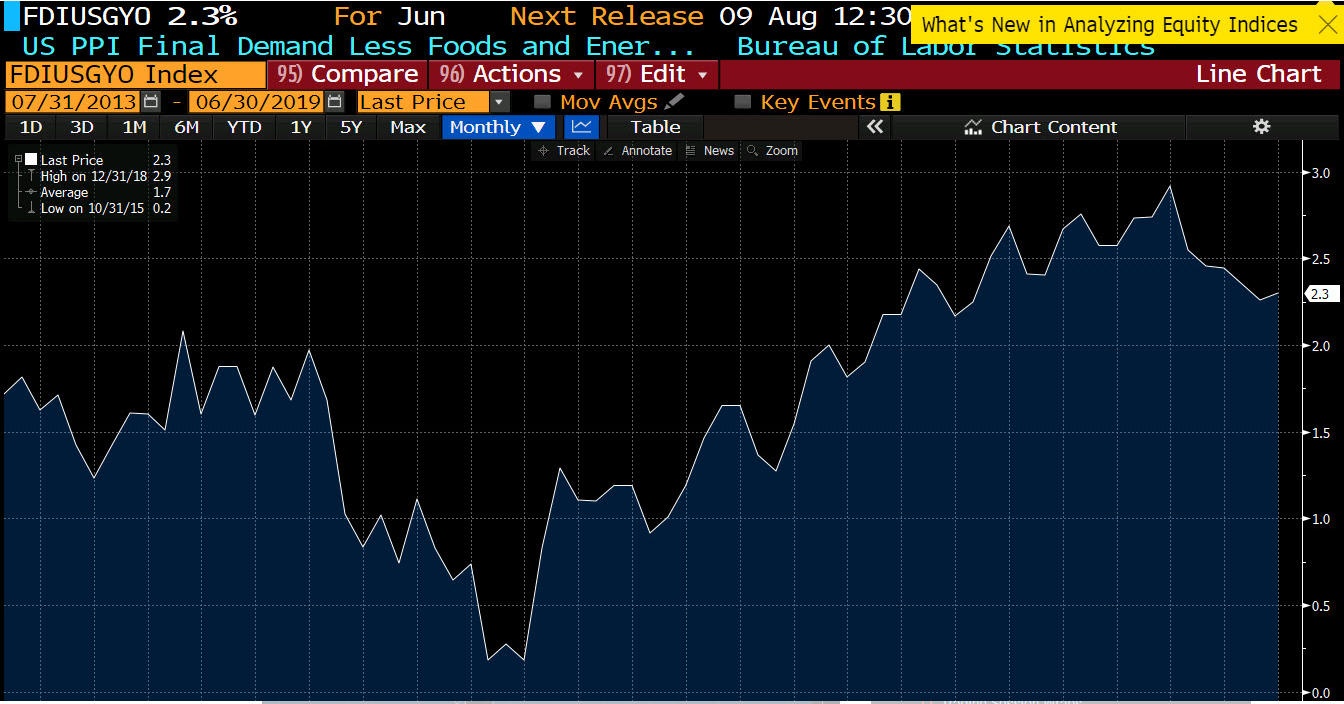 Due to the nature of their reporting, big banks are typically amongst the first to report on Wall Street and as such they often gather a fair chunk of attention. Citi will set the ball rolling on Monday before 3 more banks report on Tuesday with Goldman Sachs of particular interest. Goldman made an attempted breakout during yesterday’s session with the stock rising up to its highest level of the year. With expectations for earnings still fairly pessimistic on the street, there’s a sense that there could well be several beats and it appears that investors are potentially looking to front run these releases and buy in advance.

Goldman Sachs shares have breached the 61.8% fib at 209 and with the EMAs in a positive orientation there’s at least a couple of factors support a breakout higher. The 78.6% can be found around 225. Source: xStation