Will NFP seal the tapering and 💲💲💲 rally?

What does the market expects?

The market consensus indicates that the change in employment for August amounted to 750,000 compared to 943 thousand recorded in July, which was the highest reading since August 2020, when employment increased by almost 1.5 million people. Private employment is to increase by 665,000, while in industry by 25,000. Wages are to maintain the growth dynamics at the level of 4.0% y / y, and the unemployment rate is to drop to 5.2% from 5.4% (3.5% in March 2020). 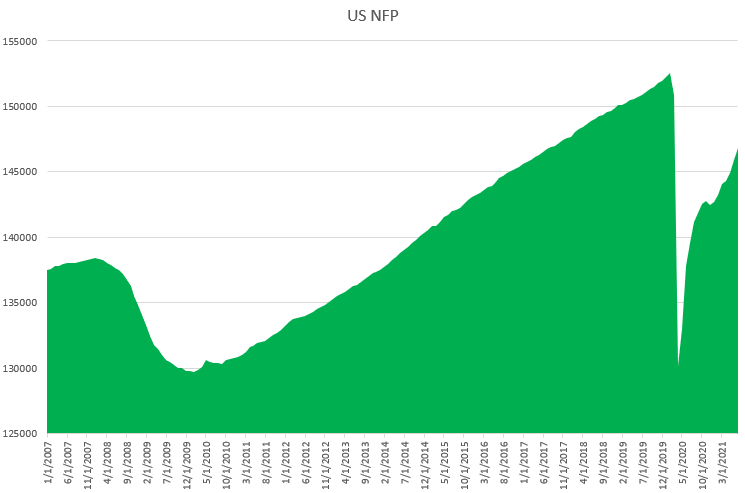 Despite ongoing recovery, there are still 5.7 million jobs short of pre-COVID-19 levels. With the average change in employment for the last 12 months at the level of 600,000, the previous level of employment will be restored in about 10 months. It is known, however, that it will be very difficult to achieve, although the vacancies according to the JOLTS report currently reached a record level of over 10 million! Source: Macrobond, XTB

At the economic symposium in Jackson Hole, Jerome Powell spoke mainly about temporary inflation and the ongoing economic problems. His speech was perceived as dovish, but he also admitted that he did not rule out tapering this year. Powell stressed that the timetable for reducing the buy-back program, starting with its announcement, will depend on the labor market recovery. Therefore, if the data on Friday show a weak side, a large part of bankers will want to wait for the publication of September data due to the expiring benefits.

How many people will lose benefits?

On September 6, all federal pandemic unemployment benefits of $ 300 a week will expire. It is estimated that approximately 7.5 million people will stop receiving benefits. At the moment, there are no plans to extend this program, although it cannot be ruled out that the pressure on such actions will increase in the future. Nevertheless, it can be expected that at least some part of these people will return to the labor market. 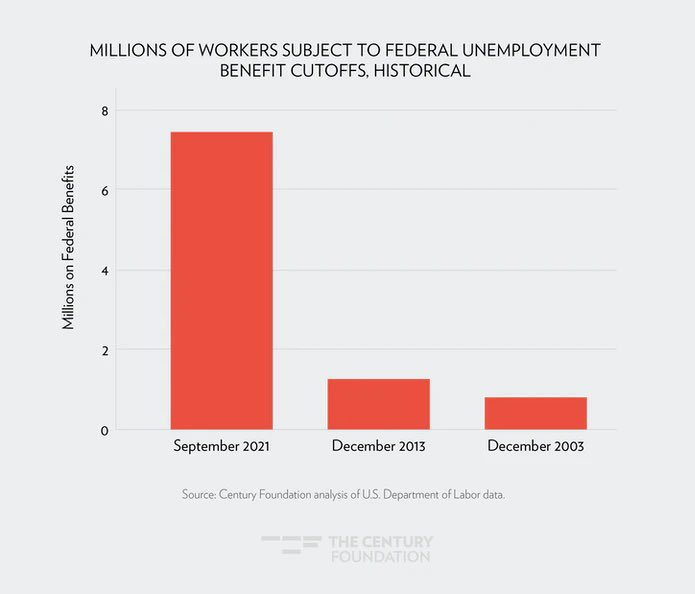 Currently, over 7.5 million people benefit from federal programs, while in 2013 or 2003 less than 2 million US citizens required government help. Source: Century Foundation

The labor market needs a sharp increase in employment in order to avoid potential problems regarding lack of economic activity. Companies have repeatedly indicated in various surveys that they have problems with hiring new employees. The ADP report, however, shows that employment increased very little in August, perhaps due to the spread of the coronavirus. The number of daily cases in the USA has already started to exceed 180,000. Meanwhile, the ADP report indicated that the private sector created only 374,000 jobs in August compared with market expectations of 613 thousand. Additionally, the ISM manufacturing employment sub-index plunged below 50 pts (the lowest since December), which may indicate further problems in the future.

History shows that the dollar and gold react much stronger to a possible QE tapering announcement. Therefore, if tomorrow NFP report will surprise positively (reading above 600,000), this should provide an additional boost for the dollar and weaken gold. However, if the NFP shows weakness and will match the ADP report, it will be a sign that the tapering is unlikely to be announced this month and the Fed will wait for the publication of September labor market data. 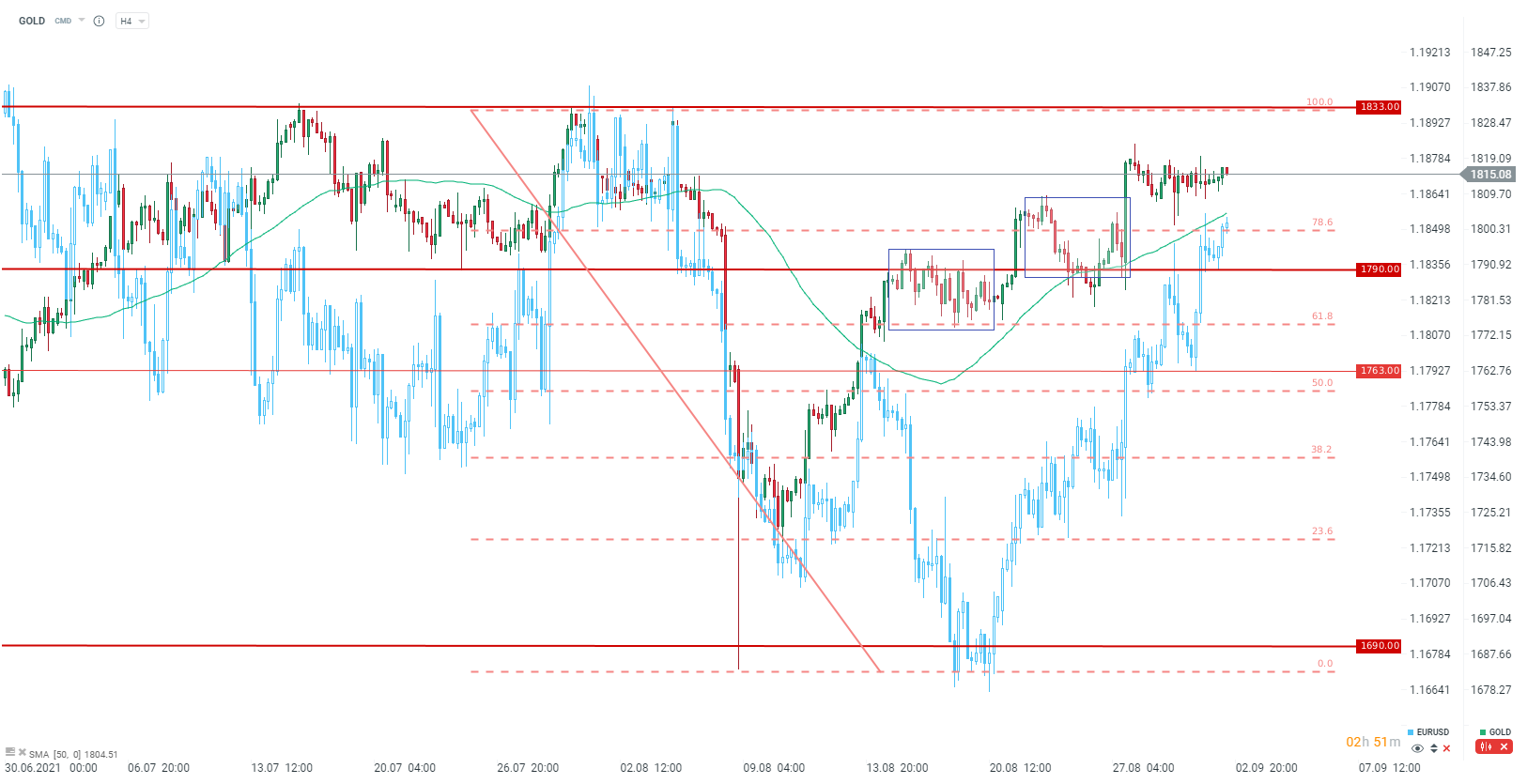 The current EURUSD levels justify the high gold prices around the $ 1,815 level. Weak NFP reading may weaken the USD and initiate another upward move towards 1.1900. This may in turn cause the gold price to rise towards the $ 1,833 per ounce. On the other hand, the very strong NFP may push the EURUSD back even to 1.17 andlower, while gold may break below the key support at $1790. Source: xStation5

US Conference Board Consumer Confidence index unexpectedly increased to 113.8 in October, from the previous month's 109.3 and compared to...

Skyworks has done extremely well since the channel rupture in 2018, outperforming the market by a wide margin. Being a direct supplier of 5G technology...