The Most Popular Trades Around the World

Earlier in 2021, you might have heard news involving GameStop and AMC’s shares sky-rocketing in price. While the price of their shares has dropped substantially since then, interest in the stock market and investing has continued to rise with the average consumer around the world.

Indeed, the selling of stocks and shares has become so popular since the GameStop debacle that it’s thought that people in the US have invested more money in stocks and trades these past few months alone than in the entirety of the last 12 years. 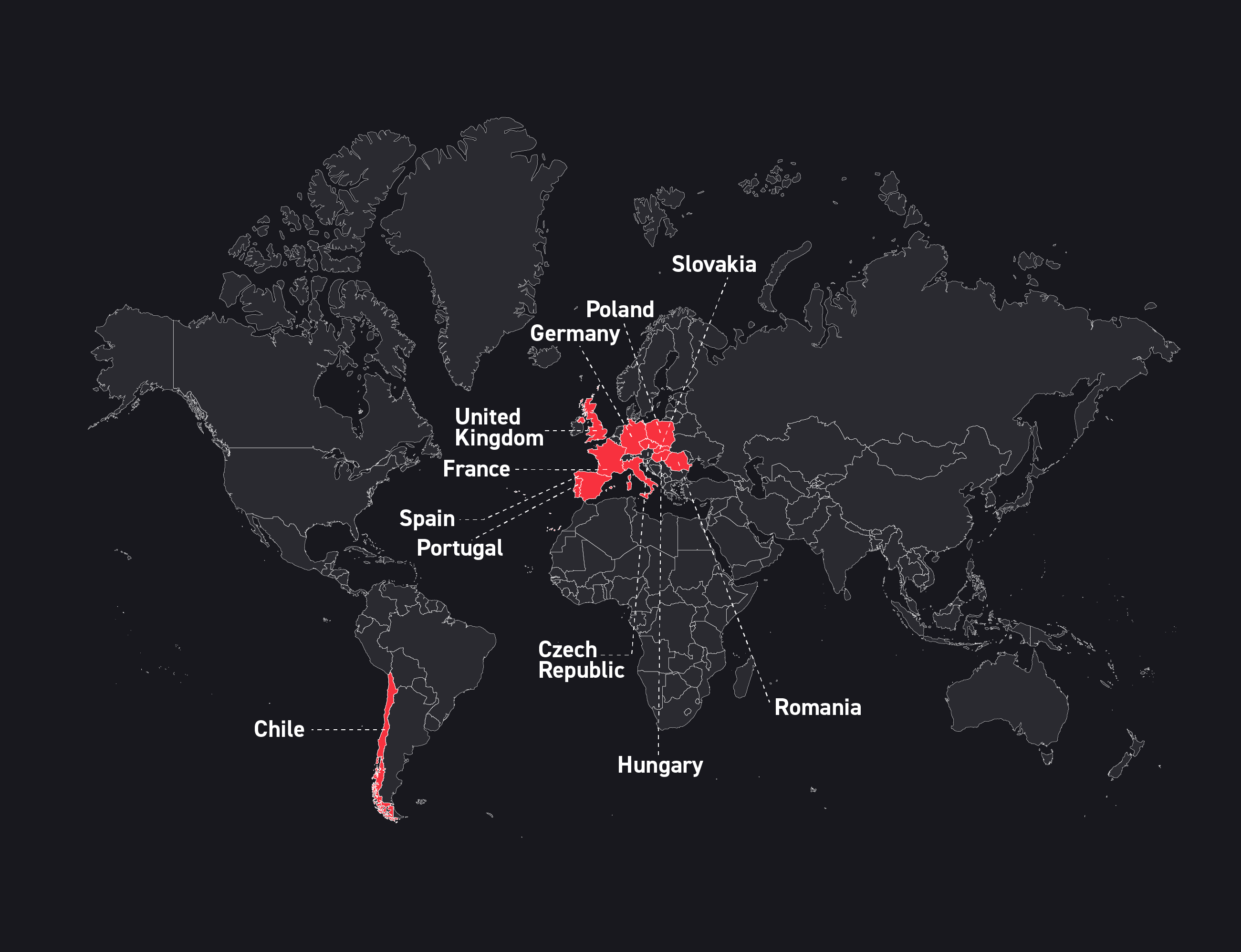 Map of XTB offices around the world

Starting out in Europe, it might come as a surprise to many that Poland’s number one stock is the popular gaming company, CD Projekt Red, especially when you consider that the average age of traders in Poland is 38.

Despite the huge consumer uproar surrounding the catastrophic launch of the hotly anticipated Cyberpunk 2077 hitting their shares hard, it seems the majority of Polish investors still have faith in the company. CD Projekt is followed closely by XTB, PKN Orlen, JSW Steel Ltd, and Biomed-Lublin, showcasing an interesting range of popular investment choices.

As for trades, the popular DE30 index takes the number one spot ahead of EUR/USD, the US100, GOLD, the US500, showing popularity for many of the most well-known trade facilitators in Europe.

Similar to Poland, the average trader age in the Czech Republic is 39, and their top 5 stocks reflect this. Electric car giant, Tesla, is top of the rankings, with Apple, and the CEZ Group not far behind. Interestingly, GameStop shares remain in the fourth spot with AMC in the fifth, possibly hinting at a resurgence in their stock value further down the line.

For trades, investors in the Czech Republic also like to use DE30, EUR/USD, GOLD, and the US100. However, OIL (WTI) replaces the US500 for the fifth spot.

Traders in Spain seem to have very similar priorities in mind. While the International Airlines Group is ranked number 1, Banco Santander SA, Banco Sabadell, and Banco Bilbao Vizcaya Argentaria take the second, third, and fourth positions. Repsol comes in fifth, but it seems most companies can’t compete with the demand for banking in Spain.

When it comes to trades, Spain actually matches Poland exactly in its top 5. Once again, DE30 is top, followed by EUR/USD, the US100, GOLD, and the US500.

While the traders in Slovakia are a few years younger than their Czech neighbours, it would seem their taste in stocks and trades is nearly identical. Tesla and Apple are positioned one and two respectively, with the car manufacturer Nio supplanting the CEZ Group. Yet again, however, GameStop and AMC sit in the fourth and fifth positions.

On the trading front, Slovakia’s top 5 are exactly the same as Poland and Spain, making it clear that, in Europe at least, the DE30 is potentially the most popular trading index out there.

Coming to the home of the DE30, German traders seem to have a taste for everything. Tesla continues its winning streak of taking first place, but GameStop actually sits at second. This is followed by the financial service, Wirecard, and then AMC; and lastly, Deutsche Bank.

Germany also continues the part of popular trades from the previous four countries. It’s no surprise that the DE30 is at the top, but the consistent ranking of EUR/USD and the US100 indicates the stability of these platforms.

Even though the average age of traders in Romania is 36, their most popular stock is actually the Callon Petroleum Company. Perhaps this shouldn’t be so surprising given Romania’s sizable oil fields and the relative stability of oil shares at this point in time. This is further backed up by the interest in Noble Corp, an offshore drilling company that takes second place. Once more, GameStop and AMC make an appearance in the third and fourth slots, with Nio coming in fifth.

With Romania, however, we finally see a break in the DE30s popularity, the trade index switching places with EUR/USD for the first and second positions. The US30 makes its third appearance in position 3, with the US100 and GOLD bringing up the rear.

Returning to Europe, Apple and Tesla continue to jostle for the top rank in Hungary, Apple just coming in first. Facebook makes its first appearance in the third spot, with Deutsche Bank and OTP Bank taking the final two positions.

As we move to Western Europe, Tesla returns to poll position. Galp, the energy company, takes second, followed by Nio. Apple takes a knock, being placed at fourth, and in fifth sits the Banco Comercial Portugues.

Turning to Portuguese trades, we yet again see the familiar pattern of DE30, EUR/USD, the US100, and GOLD, with the last position being taken by FRA40, the French stock market index.

Despite the relative drop in prices for GameStop, it is actually France’s current top stock, beating Tesla which sits second. After this comes AMC, Apple, and Air France. It would seem French traders are very interested to see where the GameStop and AMC story will end.

We continue to see little difference in the popular trade indexes used in Europe with the rankings sitting at DE30, EUR/USD, the US100, the US30, and GOLD.

Italy offers a fresh take on what’s popular to invest in. Their most popular stock is Teva Pharmaceuticals, unsurprisingly followed by Apple, Tesla, and Facebook. Interestingly, it’s the British bank Barclays that sits in the fifth rank.

We continue to see the popularity of Tesla as we turn our sights to the UK, with it again holding the first rank. It shouldn’t come as a surprise to see well-known British names coming in second and third with the Royal Bank of Scotland and Rolls-Royce Holdings. Apple also makes an appearance in fourth, and the software company, Palantir Technologies, in fifth.

British traders also share similar trade interests with the rest of Europe, focusing on the DE30, EUR/USD, GBP/USD, the US100, and the US30.

Chilean traders also have the same trade interests as those in Europe, though the popularity of each differs. The US100 finds itself in first place, followed by DE30, the US500, GOLD, and EUR/USD.

Top 5 stocks around the world

The most popular stocks

So, with that said and done, it will hardly come as a surprise to find that the most popular stocks out there are Tesla and Apple. Given Apple's reputation for good-quality, reliable computers, it makes sense for them to be heavily invested globally. With an eye on reducing climate change also falling into the public view, Tesla’s popularity is not unfounded either as their electric cars are some of the best out there.

The inclusion of AMC and GameStop could be something of a surprise, given how their share prices have fallen in recent months. However, this could still be a lingering effect of the boom - only time will tell.

Regardless, we hope this guide has helped shed some light onto what the current most popular companies to invest in are. If you’re interested in getting into the stocks and trading game, you can find plenty of information on how to get started right here at XTB.

Previous
Everything you need to know about rollovers!
Next
7 Steps to Your First Trade