Former Turkish Prime Minister Binali Yildirim had to concede defeat on Sunday after an election rerun in Istanbul. He had a 9 percentage point lose to the CHP (the opposition party) candidate Ekrem Imamoglu. Let us recall that Turkey’s President AKP decided to call into question the first ballot after its candidate unexpectedly lost. In response to securing a victory by Imanoglu the Turkish lira is gaining 1.5% against the US dollar due to the fact that democratic foundations have not been crashed there yet. Although a positive reaction seen in the currency market this morning could be reassuring for TRY buyers, they still have to be attentive to what remarks Recep Erdogan is going to deliver in the aftermath of the election. There is no doubt that everyone wants to see Erdogan accepting the election outcome which could mark a small political change in this emerging economy. If so, one may suppose that the lira could rise against the greenback much more, this is especially true once the latter keeps struggling in the months to come due to a shift in monetary policy sketched out by the Federal Reserve last week. 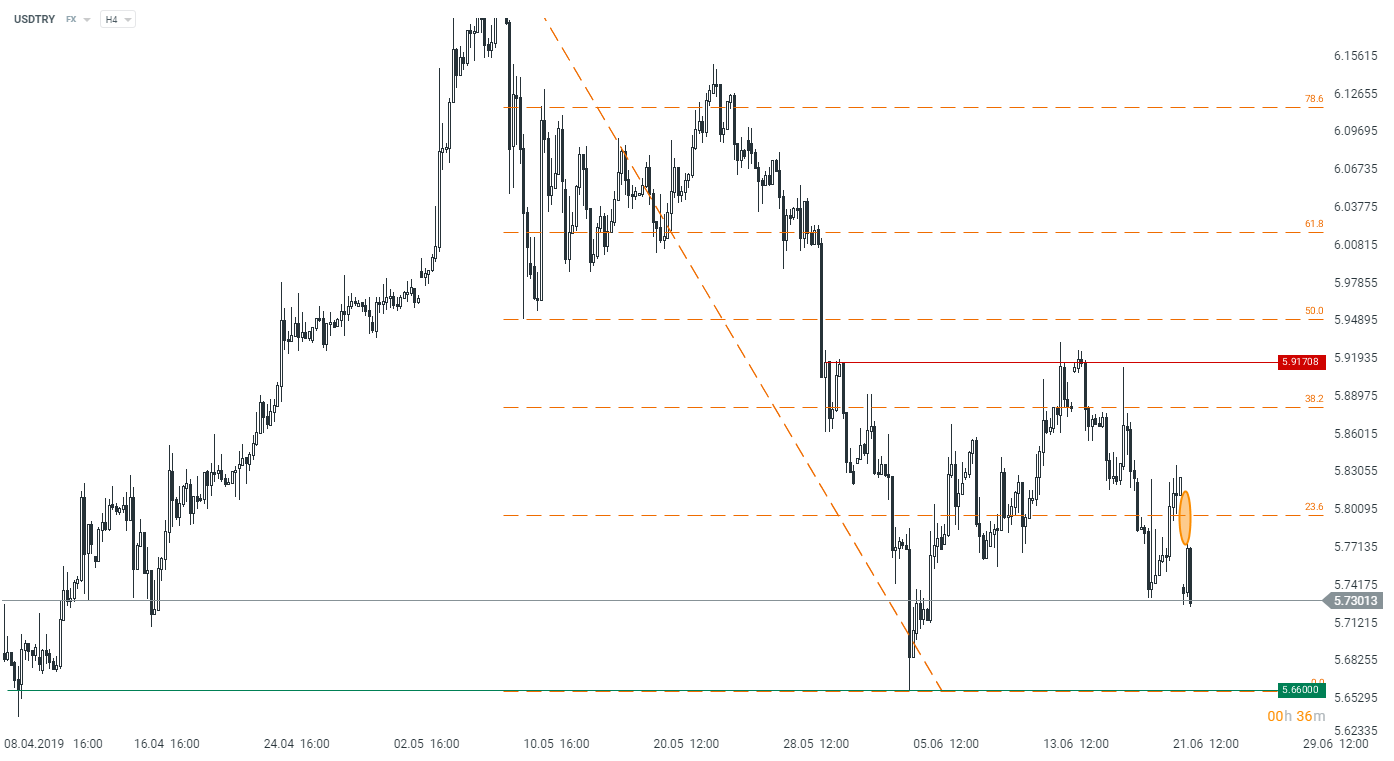 Technically the USDTRY opened with a bearish gap on Sunday and it is falling hard in early European trading hours. The first major support to watch could be found nearby 5.66. Keep in mind that Erdogan’s remarks following the election outcome could affect the TRY markedly. Source: xStation5

Morning trading has brought some gains for risk-related currencies like New Zealand and Australian dollars. At the same time, the Swiss franc and the Japanese yen are trading 0.1% down against the US dollar. In terms of news we were offered overnight it is worth mentioning a speech of RBA’s Governor Philip Lowe. He said that global growth slowed and risks were tilted to the downside. Lowe suggested that Europe-based central banks were a potential weak spot in the global economy (probably due to the fact that they have tiny space for further conventional monetary easing). RBA’s Governor also suggested that “if everyone is easing, the effect on exchange rates is offset”, this could be treated by market observers like a confirmation of further monetary easing in Australia. The market-based probability shows 80% chance for another rate cut in July and is certain of another cut by year-end. As far as the NZ dollar is concerned, we got data on credit card spending for May which showed a 0.4% MoM increase after climbing 0.6% in April. While the FX market is showing a clear risk-on mode, the same cannot be said about stocks as they are trading mixed this morning. The Shanghai Composite is treading water, the Hang Seng is gaining 0.2% while SP500 futures are pointing to a positive opening (0.2%). Finally let us mention comments from Chinese Commerce Ministry saying that trade discussions between the US and China are underway as both teams are preparing for a Trump-Xi meeting on June 28. 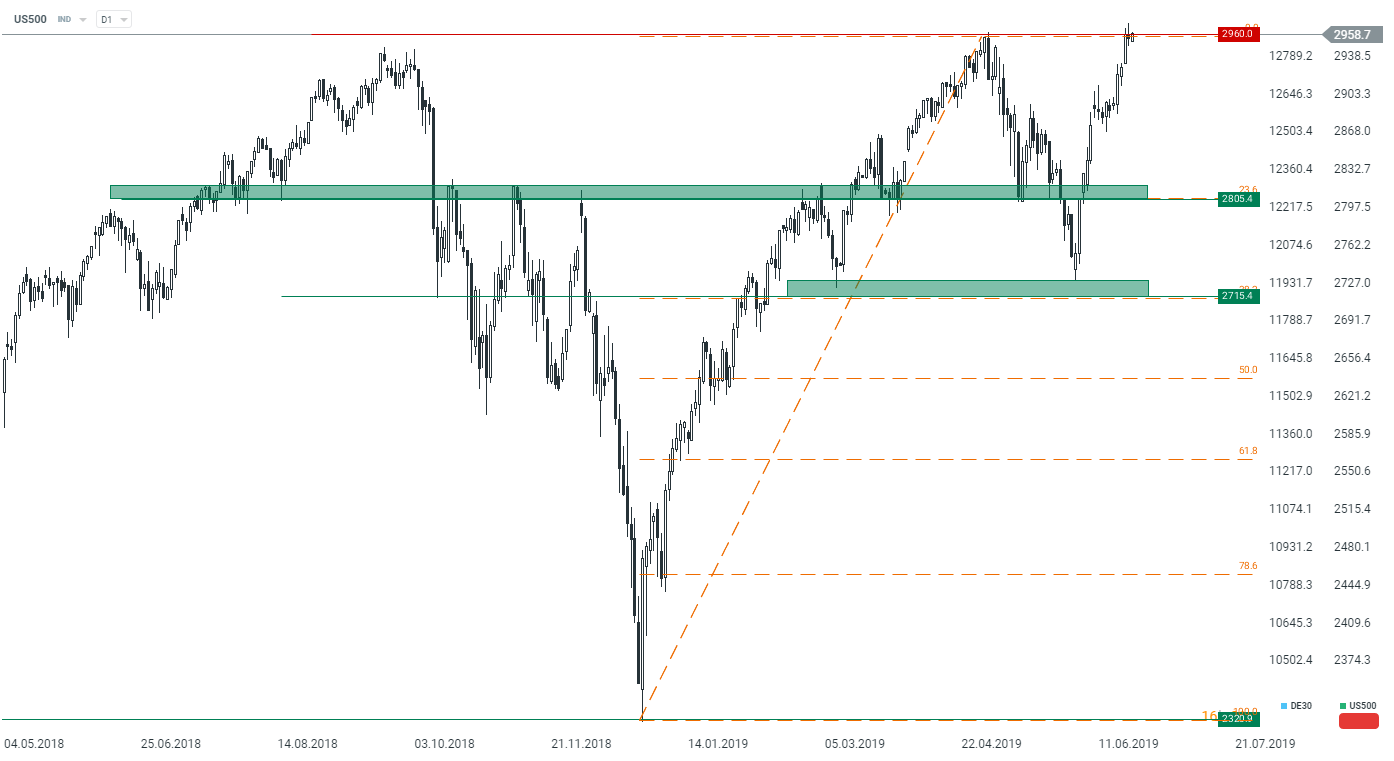 The SP500 (US500) is hovering close to its record highs before a market opening in the US. Source: xStation5