Bollinger Bands, Concept and Use

Bollinger bands, developed by John Bollinger in the 1980s, aim to create a dynamic view of market volatility, although at the time they were perceived as static. Let's take a look at some concepts to keep in mind and the different ways to use them.

Bollinger Bands Structure, Concept and Use

Bollinger bands are classified within the technical trend indicators and are composed of three bands (upper, middle and lower), which are drawn in relation to the fluctuations of the currency pairs.

The middle band is taken from the simple moving average of 20 periods (or any other time frame depending on the preferences of the trader).

The lower band is calculated in exactly the same way, but instead of adding the 20-day SMA, it is subtracted. 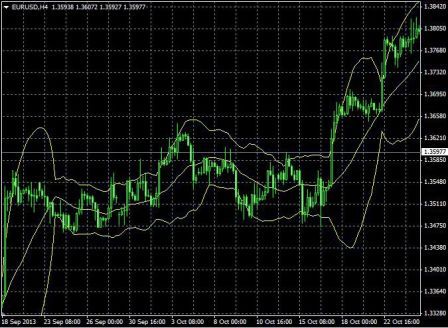 To understand more clearly how Bollinger bands can be interpreted as trading indicators, we will divide market movements into three subcategories:

1. The swing of the market in the Bollinger bands

As can be seen in Figure 2 (chart 4H), the upper and lower Bollinger bands are considerably narrow. This should alert the trader that an uptrend is brewing and that they should be patient. 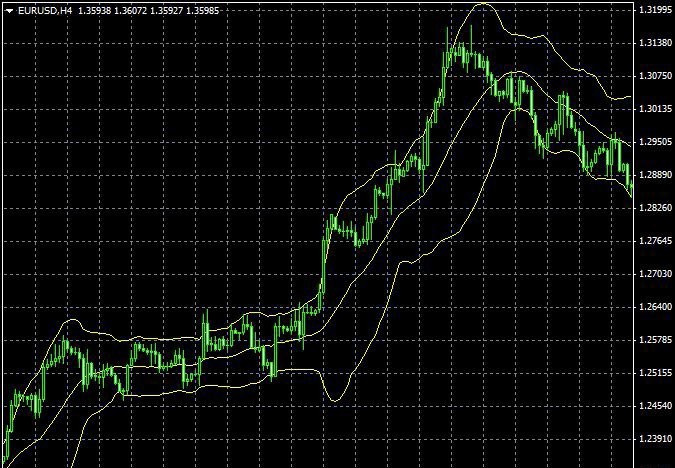 2. The upward trend of Bollinger bands

Continuing with Figure 2, we can see that the Bollinger bands provided a very clear buy signal when the price closed above the upper band (Point 1 in Figure 2). The trader should have made a gross profit greater than 180 when the TP triggered on September 28, 2013 and the price closed below the midline of the 20-day SMA. Had this gone the other way however, the trader would have made a loss.

3. The downtrend of the Bollinger bands

In Figure 3, presented below, we can see that the Bollinger bands offered a very clear sell signal when the price closed below the lower band (Point 1 in Figure 2). The trader should have made a gross profit above 120 when the TP triggered on October 7, 2013 and the price closed above the midline of the 20-day SMA. Had this gone the other way however, the trader would have made a loss. 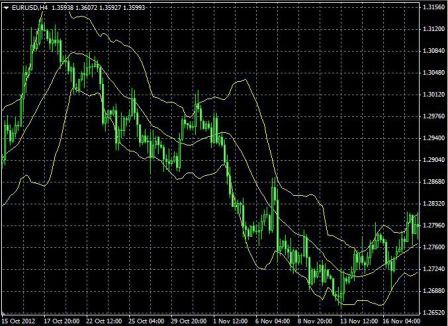 It is strongly recommended that the trader always has a good risk strategy in place, so that his or her account can be replenished after the first or second false signal.