3 minute(s)
The two basic and most commonly used moving averages include the Simple Moving Average (SMA) and the Exponential Moving Average (EMA). The first is the simple average of a security over a defined number of time periods, while the second gives a greater weight to more recent prices.

The two basic and most commonly used moving averages include the Simple Moving Average (SMA) and the Exponential Moving Average (EMA). The first is the simple average of a security over a defined number of time periods, while the second gives a greater weight to more recent prices.

The image below shows the SMA, which is formed by calculating the average price of a financial market over a chosen period of time. 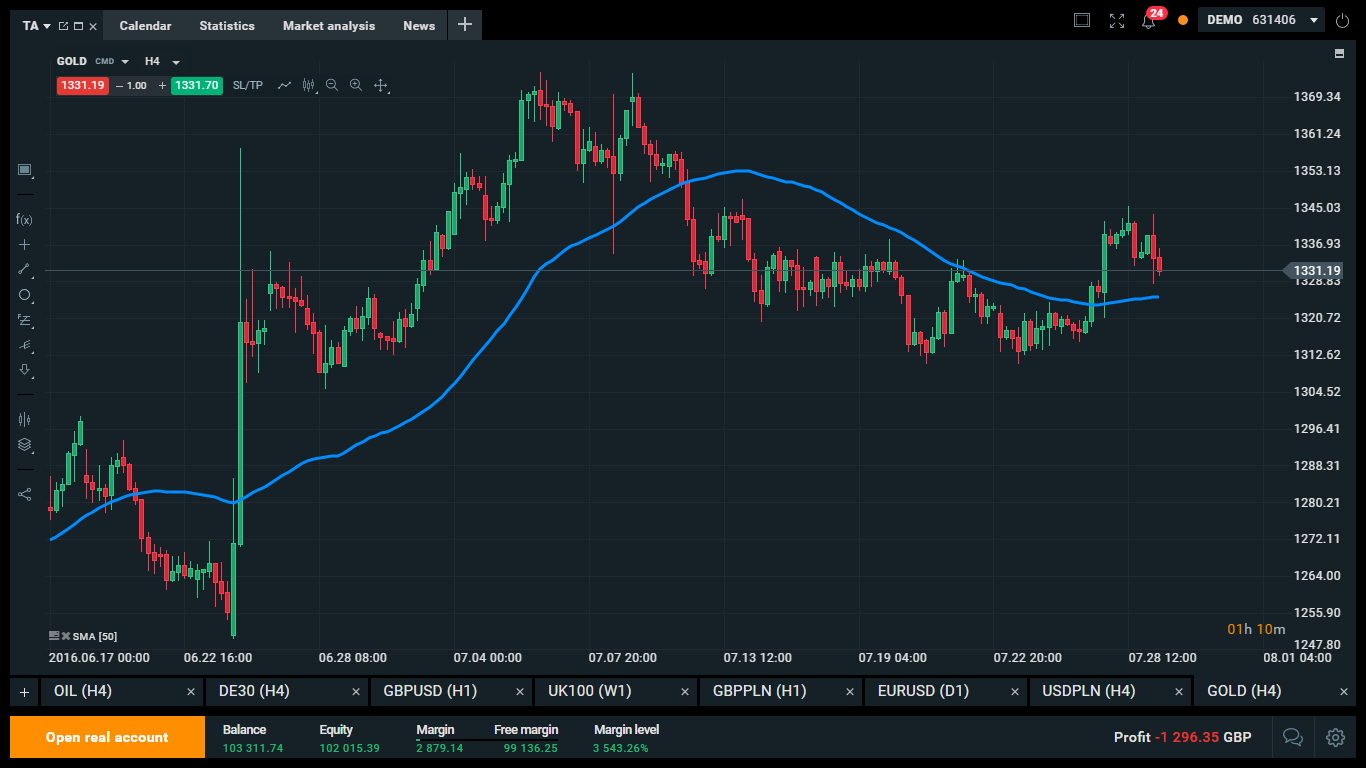 The EMA, as demonstrated in the image below, applies more weight and significance to most recent prices, and less weight to older prices in the chosen period. 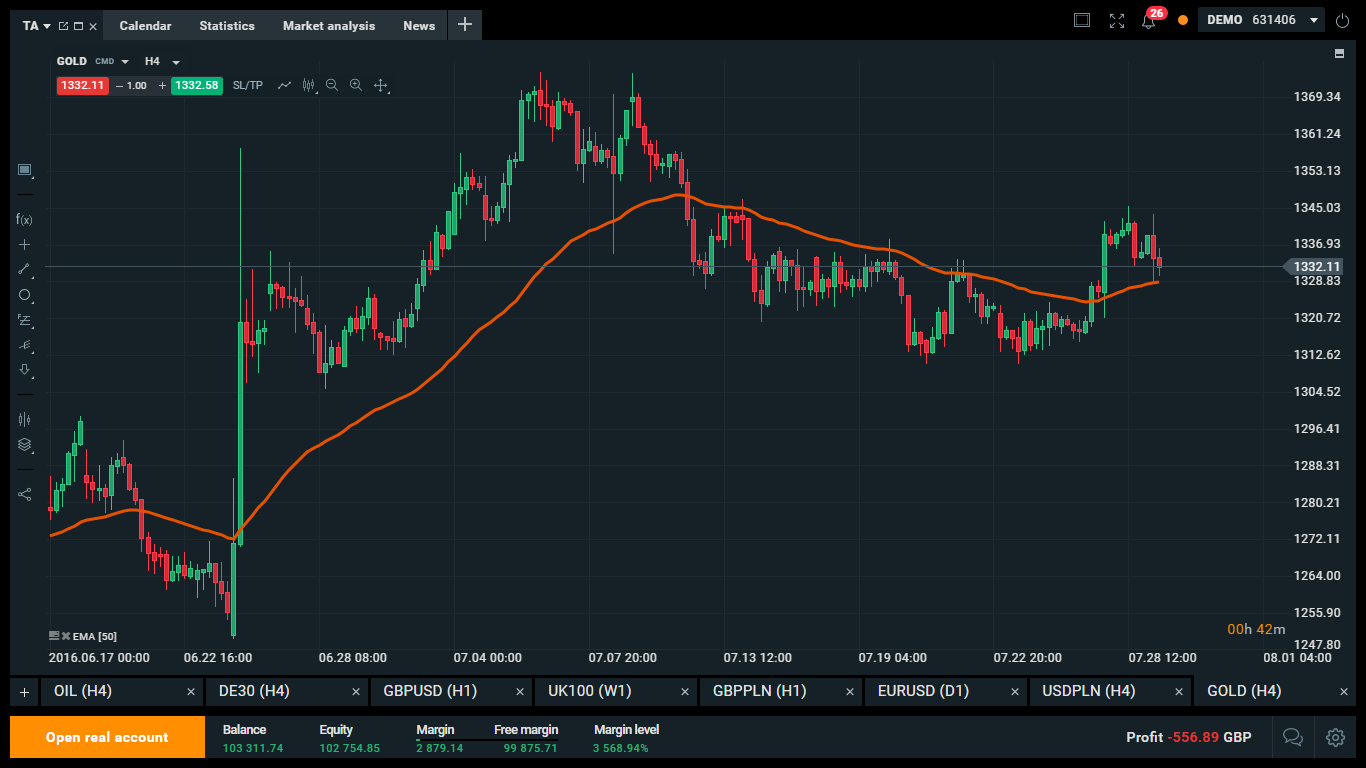 The image below shows a comparison between the SMA (blue line) and the EMA (orange line). 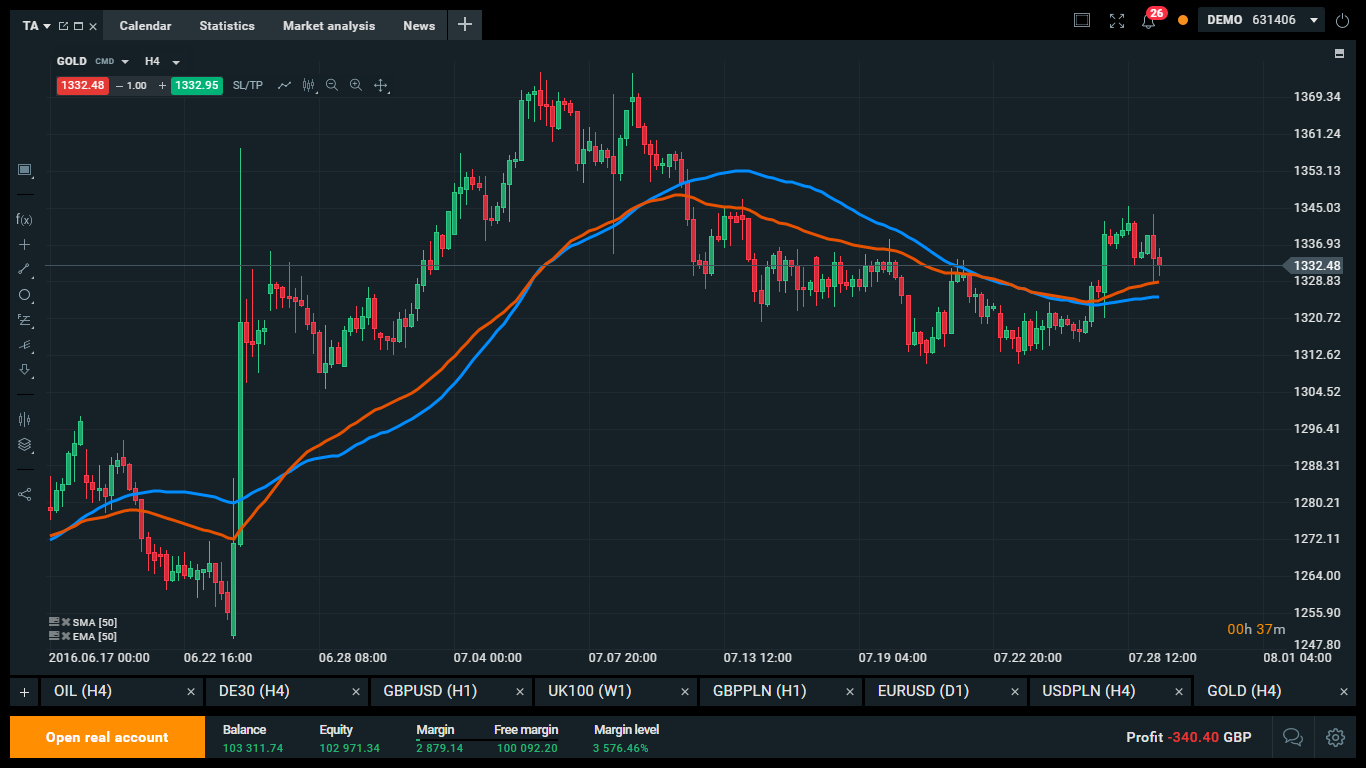 Why use moving averages in trading

Moving averages are popular in technical market analysis, as they are able to smooth price data, form trend lines, and create an easily interpreted visual aid. They are especially well-suited for price charts and other indicators. Some of the advantages of using moving averages include:

No method is perfect, and moving average comes with its own set of disadvantages. Moving average:

How to trade using moving averages

There are various methods of using moving averages in trading. Below we focus primarily on: 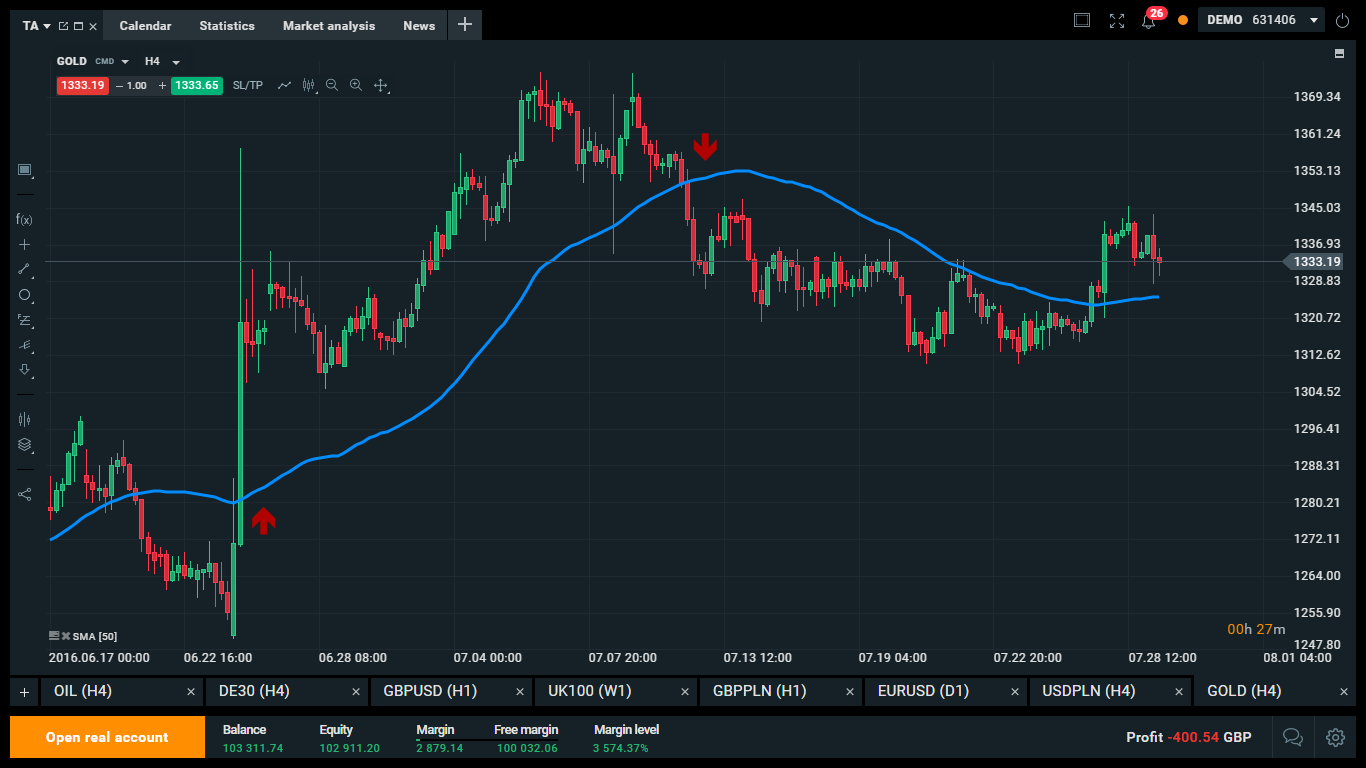 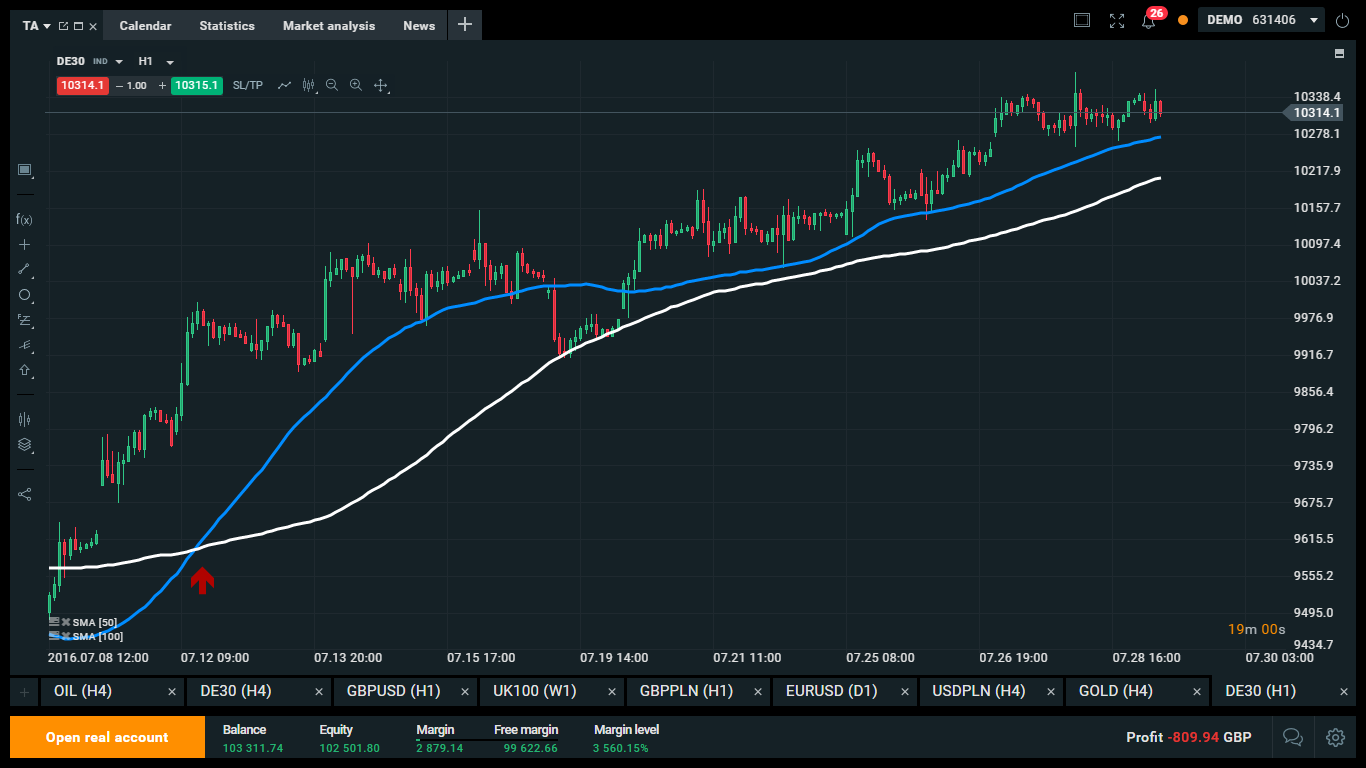 Keep in mind, however, that all indicators and oscillators often provide false signals and should thus be used with other technical analysis tools. When all the tools you’ve used indicate the same direction for the market, this increases the probability of the success of the trade.