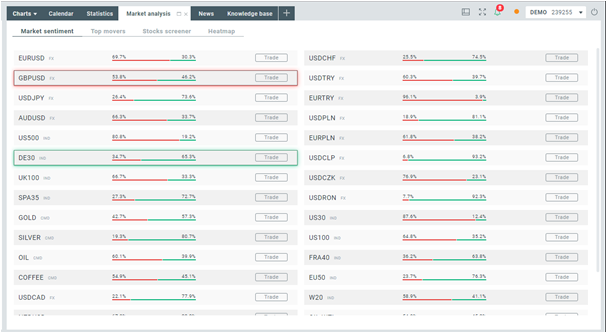 A bullish sentiment means that:

An extremely bullish positioning could be a threat to:

Which of the below could give you information on the positioning of institutional traders?

TRY YOURSELF ON DEMO GO TO NEXT COURSE
PREVIOUS LESSON
Intermarket correlation
NEXT LESSON
xStation 5: Trading from the chart