After a shocking break in trade talks between the US and China all the market focus is the issue as it can set the direction for the global economy. While we have some relevant data including the US retail sales for April and regional business indicators for May, geopolitical factors will shape the landscape for most of the markets.

Equity indices unsurprisingly moved lower as trade tensions resurfaced but these moves still cannot be seen as the full blown reversal. It looks as is traders still thought it was just negotiation tactic and high tariffs will be cancelled. If it’s not the case we will witness a major setback for the global economy when it’s already looking exposed so incoming news on the trade talks are the single most important thing for equity markets. 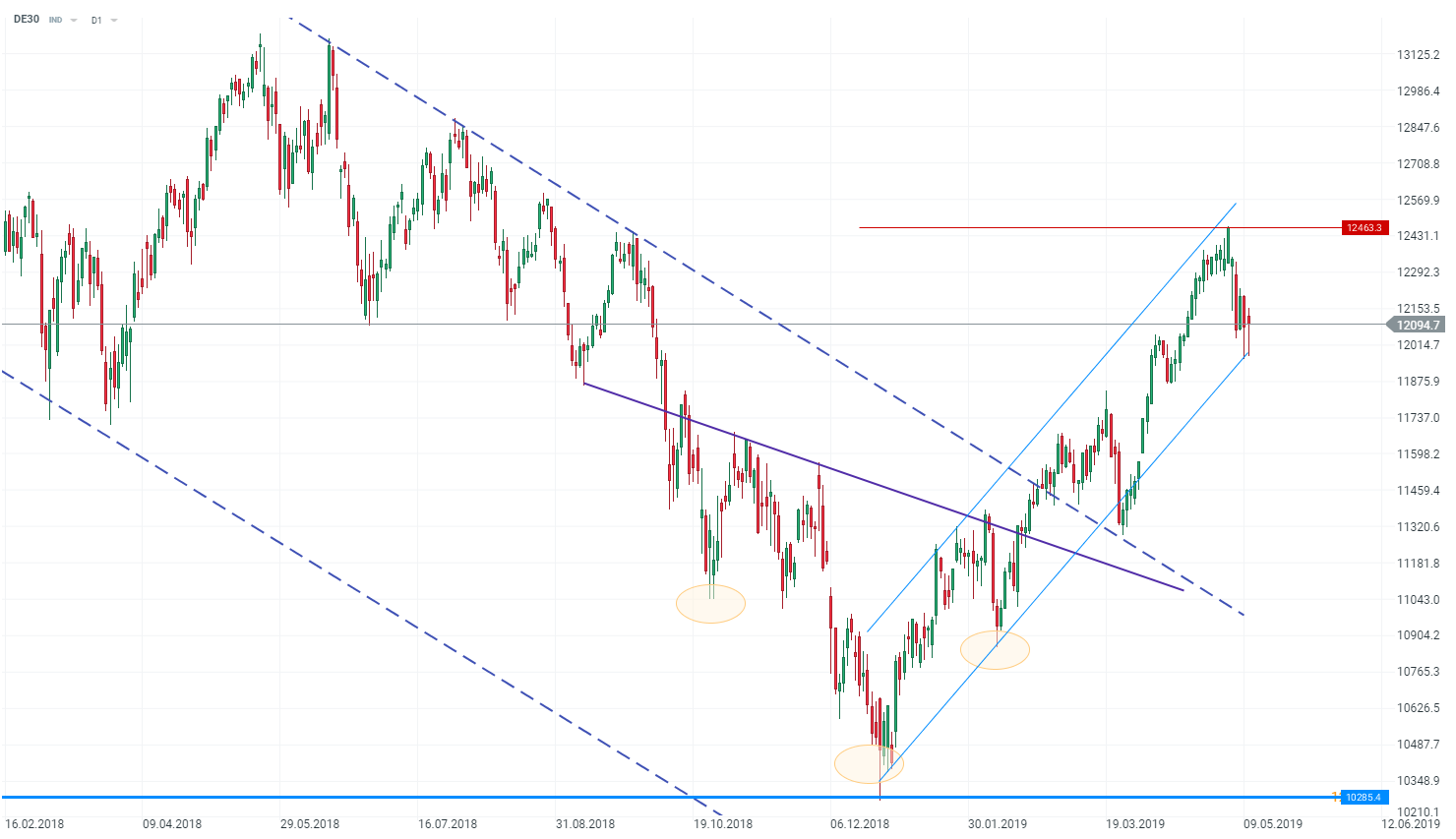 Pullback but not a collapse - DE30 still remains in an upwards trend but will it last? Source: xStation5

OIL prices have seen the largest correction in the whole rally originated in December last year but it certainly wasn’t major sell-off, especially given the circumstances of weak market sentiment. That is because of renewed tensions between the US and Iran and ever more complicated situation in Venezuela. These things will shape the landscape for OIL in days to come as well with the report on the US inventories (Wednesday, 3:30pm BST) just the icing on the cake.

OIL prices have corrected lower but there are supports of 68.50 and 70.50. Source: xStation5

Last few days saw a wild ride on the Turkish lira after elections in Istanbul were nullified and will be repeated in June. The Turkish central bank had to respond with “shadow hike” as it cancelled the weekly repo auctions where the cheapest lira financing (cheapest means 24% in Turkey) is provided and effectively raised rates by 150bps. This reversed some losses on the currency but will that be enough? 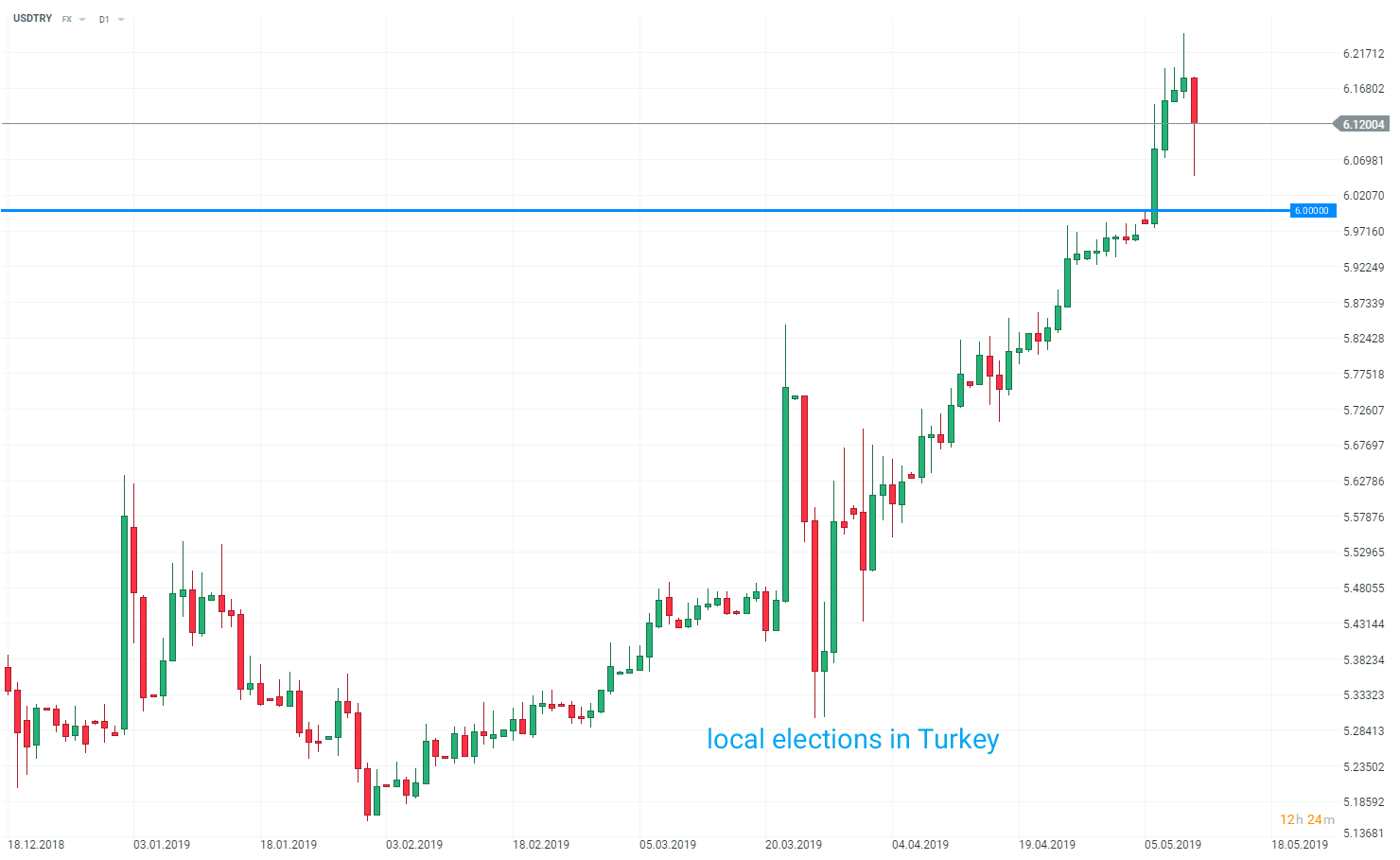 A “shadow hike” reversed some of the previous move but USDTRY remains in a strong upwards trend. Source: xStation5