GBPUSD back near pre-election levels

European equities have made a bright start to the New Year with sizable rallies of more than 1% seen in several of the major benchmarks across the continent. 2019 was a good year on the whole for stock markets and they seem to be wasting little time in attempting to push higher again with the bourses following the lead of their Asian peers which gained overnight. Expectations that a “Phase One” trade deal between the US and China will be signed in less than 2 weeks have boosted sentiment but the main driving force appears to be the announcement of a further easing of monetary policy from China’s central bank.

The Eurostoxx 50 has rallied by more than 1.5% to trade within 10 points of last year’s high while the FTSE 100 here in London has added almost 60 points to move back above the 7600 handle. Source: xStation

The release of a widely followed survey on the UK manufacturing sector has delivered a rather downbeat assessment, with the December PMI reading of 47.5 the 2nd lowest in 7 ½ years. Another sub 50 reading means it is now 8 consecutive months in contractionary territory for this indicator with output, new orders and new export orders all falling sharply. Economic growth last year looks likely to be the worst in almost a decade and while the Conservatives landslide election victory has raised hopes of better times ahead, there is yet to be any real evidence of a pick-up. 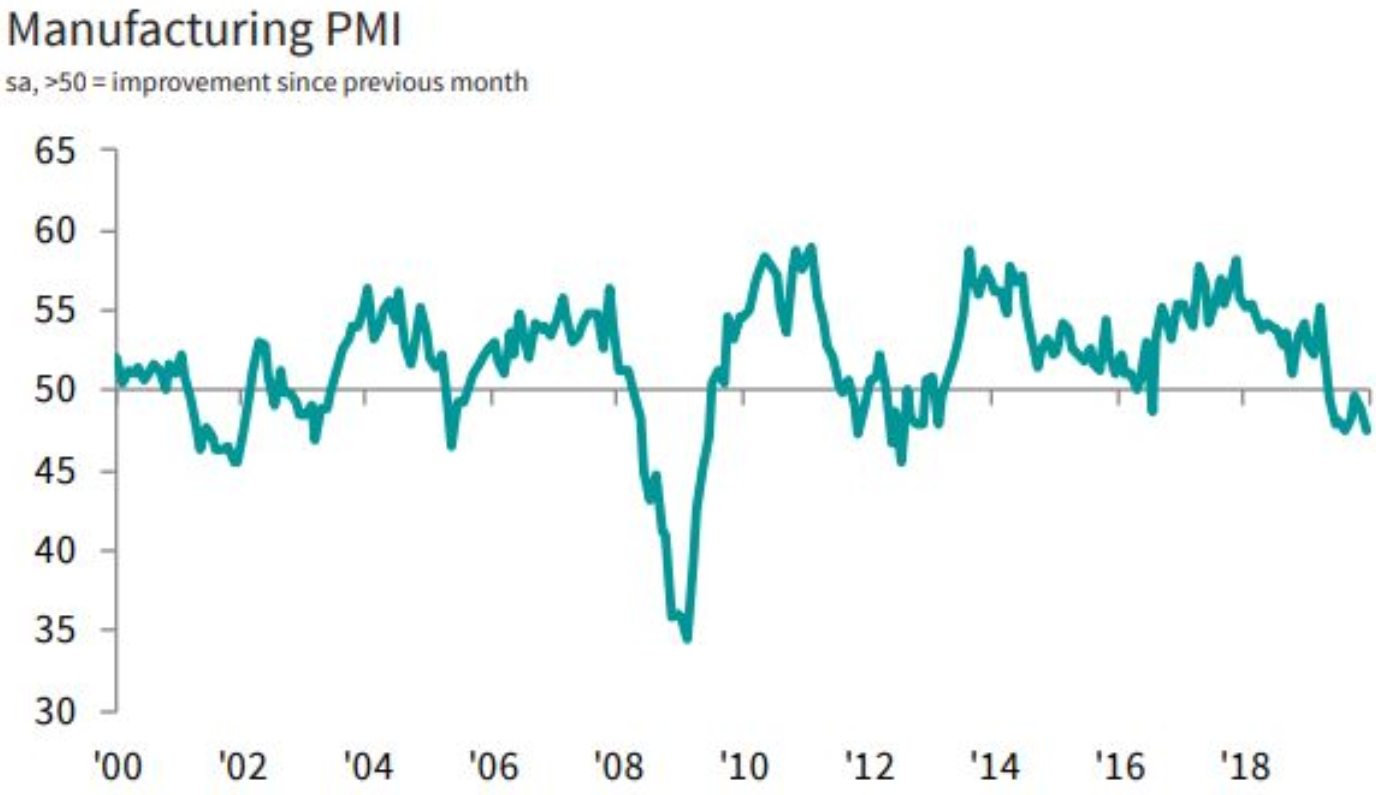 The UK PMI reading for Manufacturing in December is close to its lowest level in 7 ½ years and continues to demonstrate weakness in the sector. Source; IHS Markit/CIPS

A Brexit uncertainty index from the Bank of England’s Decision Makers’ Panel has fallen to a six-month low, but this is obviously coming on the back of elevated levels in the second half of 2019. The pound pushed firmly higher into the end of last year, but the outlook ahead continues to be clouded with the currency’s fate in the next 12 months set to remain largely determined by Brexit developments. Against the US dollar and Euro the pound is trading not far from where it was on the day of the election and while good cases can be made for a significant appreciation or depreciation from the current levels, the clouded outlook is causing a lack of clear consensus or trend for the time being and it is not too surprising that market participants are awaiting further information before committing to high conviction positions.

Since the UK election last month, GBPUSD has moved higher and fallen lower and now trades little changed to where it was on polling day. Source: xStation