Meta Platforms' stock has been the biggest disappointment of all US technology companies this year, enjoying a capitalization of more than $1 trillion in 2021. Meta has performed surprisingly poorly and is in the gray end of the S&P500 index ranking 5th from the bottom in terms of % annual change in capitalization, from which it has evaporated this year ... nearly 60%: 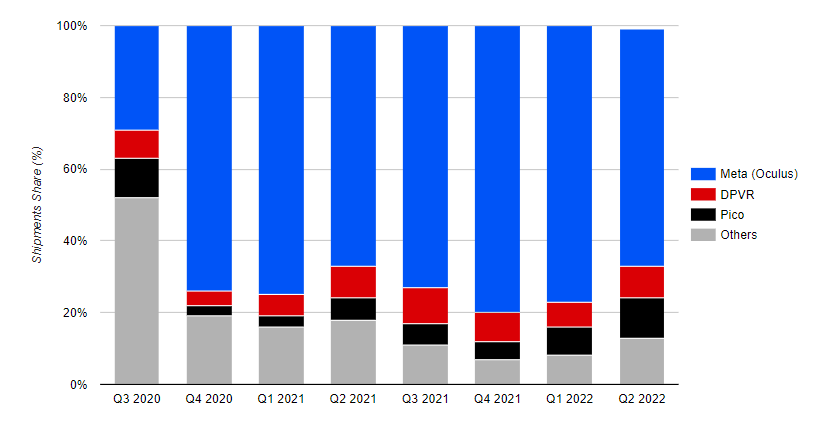 Meta Platforms (META.US) shares, D1 interval. The chart illustrates a massive sell-off in the company's shares, which can safely be considered the biggest in its history to date. The stock has slipped to levels below the March 2020 panic, erasing all the gains of the 2020 - 2021 period. At the same time, however, the number of people using Meta's main apps, Facebook and Instagram, has increased. The first worrying sign of an impending sell-off was the intersection of the averages of the so-called 'death cross', which occurred in late 2021 and early 2022. The stock is losing nearly 70% from historic highs. Fundamental indicators have cooled dramatically, the C/Z is less than 12 with a C/WK of less than 3. Source: xStation5