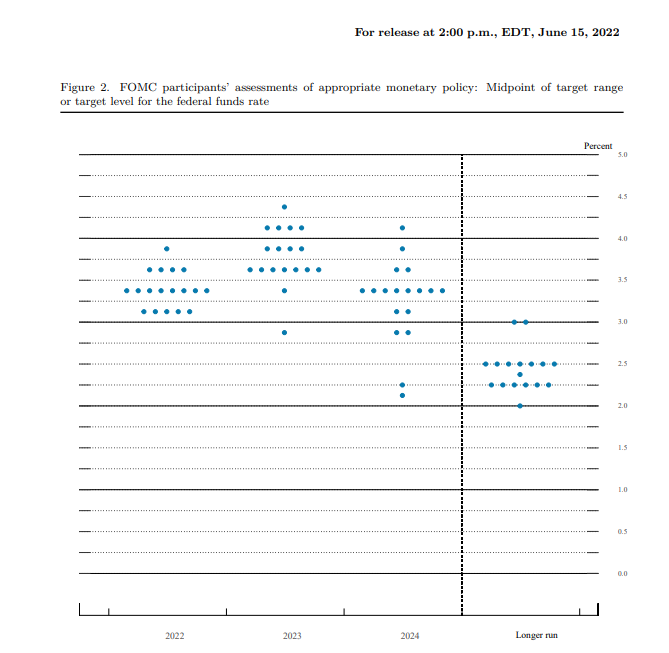 After hiking by 75 bp, the Fed communicates 175 bp moves over the next 4 meetings this year. Source: federalreserve.gov