Yesterday Virgin Galactic, a company intending to provide services in the sub-orbital space tourism sector, presented its report for the second quarter of the year. The subsequent postponement of the first tourist flight to Q2 2023 clearly surprised investors negatively: 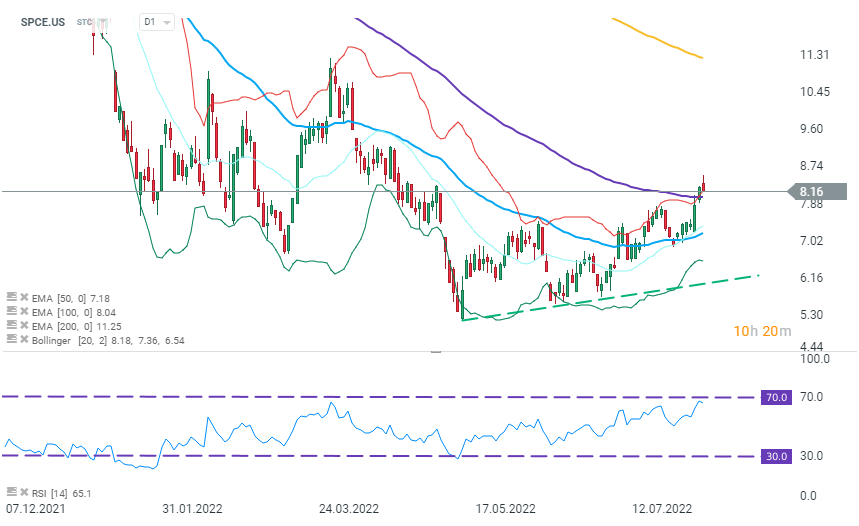 Virgin Galactic (SPCE.US) stock chart, D1 interval. From a technical point of view, the company's shares have been moving in an uptrend since the first half of May. The demand side is currently testing the resistance regions defined by the 100-day exponential moving average (purple curve). The nearest support remains the EMA 50 (blue curve). Stock probalby will open below 7 USD levels. Source: xStation 5