4 BIG market movers - are you prepared?

Markets are nervous in December as a promised trade deal hasn’t come to fruition. This means that final act of scary tariffs may eventually play out. Could other big events steal the show this week? We look at them one by one.

For weeks investors were assured that a so called “Phase One” trade deal with China was a sure thing and we will see reduction in tariffs being part of it. Instead they face a risk of new tariffs on very consumer-sensitive products as the December 15 deadline looms. President Trump wanted big agricultural purchases from China as a part of the deal but as Beijing refuses to budge he needs to choose: play it hard and spook investors or be the weak one and at least delay the decision. 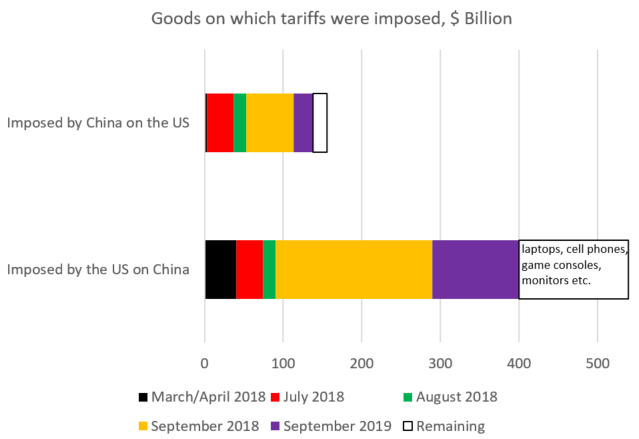 15% tariffs on consumer sensitive goods would not only be a blow for China but also a big risk for Trump’s reelection. Source: XTB Research 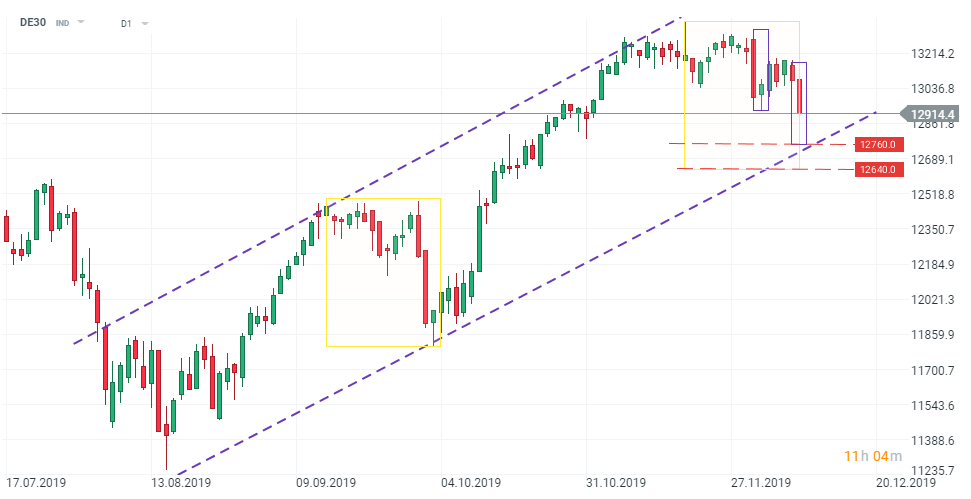 DE30 move more and more looks like a September correction. They key support is at 12640 points. Source: xStation5

After many disappointments in the US data for October (as Citi Eco Surprise index suggests), November brought a stabilization and most of prints turned out to be more or less in line with expectations. After a standout NFP report the Fed is likely to maintain the positive tone and investors will focus on asset purchases. It’s hard to see what the FOMC could now do to support nervous markets, but Jerome Powell can at least try.

Market participants do not see any chance the European Central Bank could change rates at the meeting on Thursday. It does not mean it will not be an interesting event as it will include a set of new economic forecasts as well as the first press conference held by Christine Lagarde. The chief focus for the FX market will be any hint from her on possible future expansion. Is there a room for further rate cuts? Could the Bank increase the pace of asset purchases? In our view Lagarde will try to avoid these qustions but any such hint could be very dangerous for slowly recovering EURUSD. 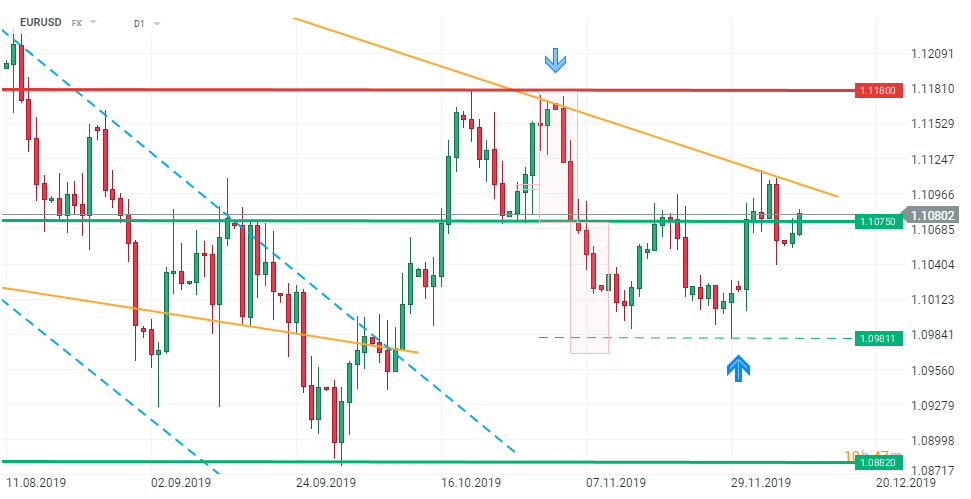 The UK elections are held to break a deadlock in the British parliament and finally deliver Brexit. Therefore, markets think the better the Conservatives perform, the stronger the pound should be as a risk of no-deal Brexit would be minimal. However, the pound has been rising for weeks and this majority has already been priced in. Polls suggest that a risk of another hung parliament is low but it’s not non-existent. 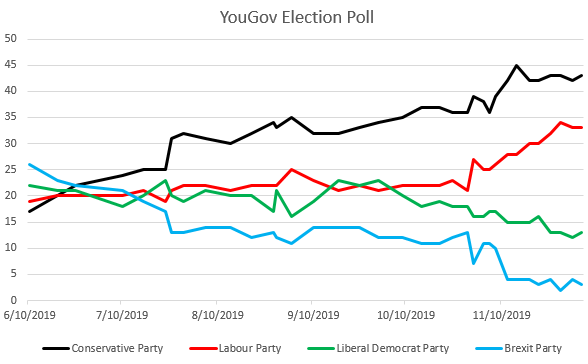 Daily summary: Mixed moods at the end of choppy month

Crude inventories in the US dropped  by 1.98 million barrels in the week ended September 25th, following an 1.639 million decline in the previous...