Copper stockpiles stopped declining, what may signal that the market has enough of the commodity. Source: Bloomberg

On the other hand, copper-to-gold ratio remains relatively low. Yields may react to the price ratio and provide hints for price movements on both copper and gold. Source: Bloomberg

Copper has reached a potential resistance at $10,700. On the other hand, range of rally that followed GFC signals that current upward impulse may extend to as high as $11,800 per tonne. Source: xStation5 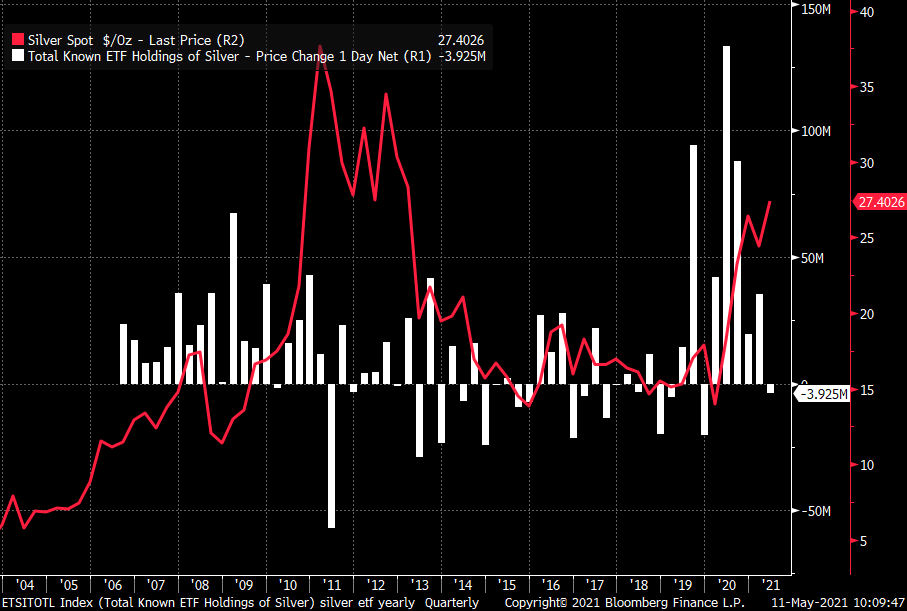 Lows in demand from ETFs in 2008 and 2010 deserve some attention. They were important signals for price reversals. On the other hand, changes in investment demand in 2012-2019 period were frequent. Source: Bloomberg 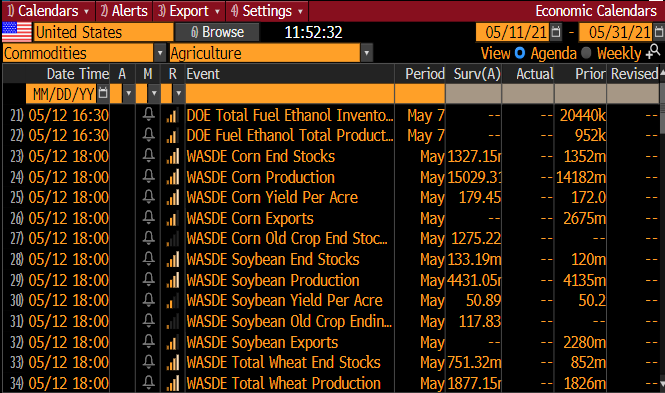 Corn trades near the upper limit of the range of previous major rallies. Production outlook is improving and seasonal patterns hint that a peak period may be approaching. On the other hand, demand remains strong and may lead to further declines in ending stocks. Source: xStation5