Brent prices reached $65 per barrel. Brent is less resilient to production stoppages in the United States. Nevertheless, WTI is trading around $3 below January 2020 highs while Brent is trading $5 below levels from the beginning of the previous year. Seasonal patterns hint at local low being reached in mid-March. Source: xStation5 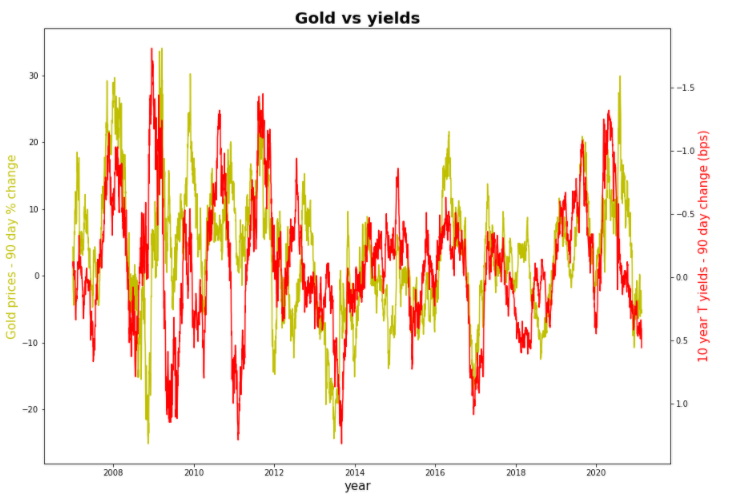 Continuation of the upward move in US yields may deepen declines on the gold market. Inflation is becoming a concern. On the other hand, central banks attempt to calm the situation. Potential decline in gold prices may be seen as an opportunity for long-term investors. Source: Macrobond, XTB 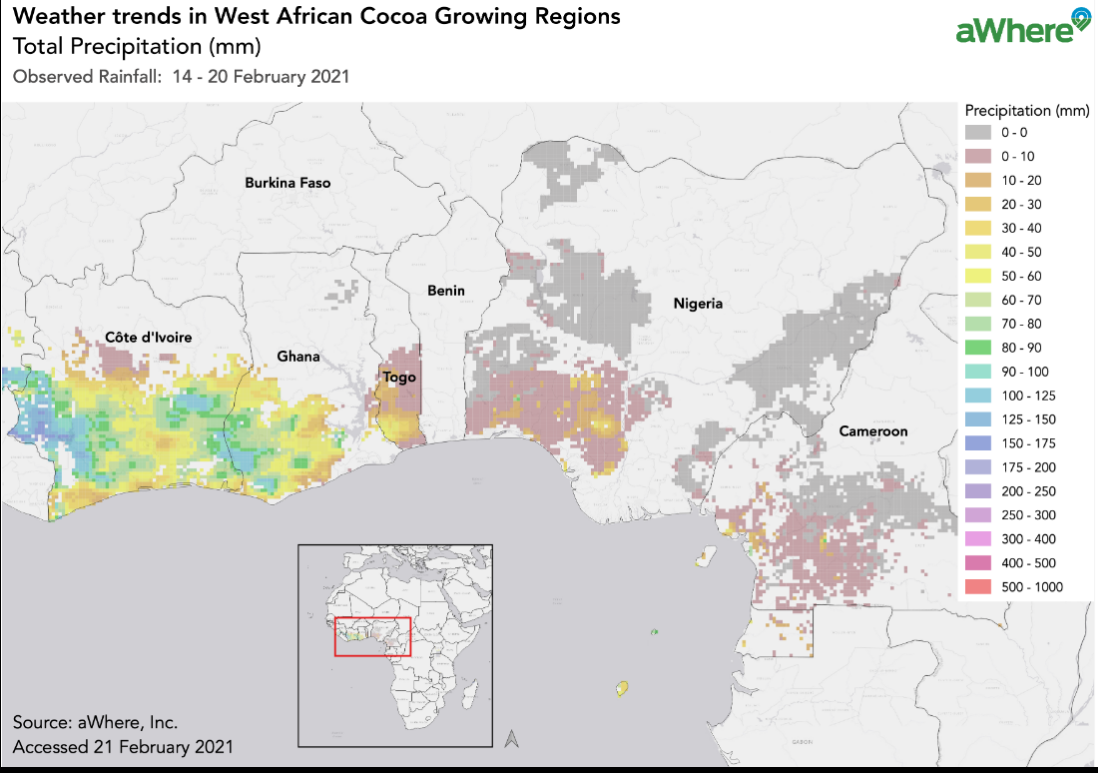 Weather has been good in Western Africa recently. Source: Bloomberg

Cocoa is trading at relatively low levels compared to the previous years. Demand continues to be limited by pandemic. In our opinion. There is limited room for further decline. Current weekly candlestick may paint a bullish engulfing. First target for buyers can be found at $2,620 per tonne. Source: xStation5

Positioning on sugar starts to look similar to 2016/2017. Rebound in the number of short positions may herald a reversal. Source: Bloomberg

Sugar trades at the highest level since 2017. Price is being supported by logistic issues as well as high oil prices. Issues with transports may last until May. Seasonality signals that a local low may be reached at the beginning of May. Source: xStation5