A batch of economic data from the US has just been released in what is the main scheduled event before the weekend. The breakdown is as follows: 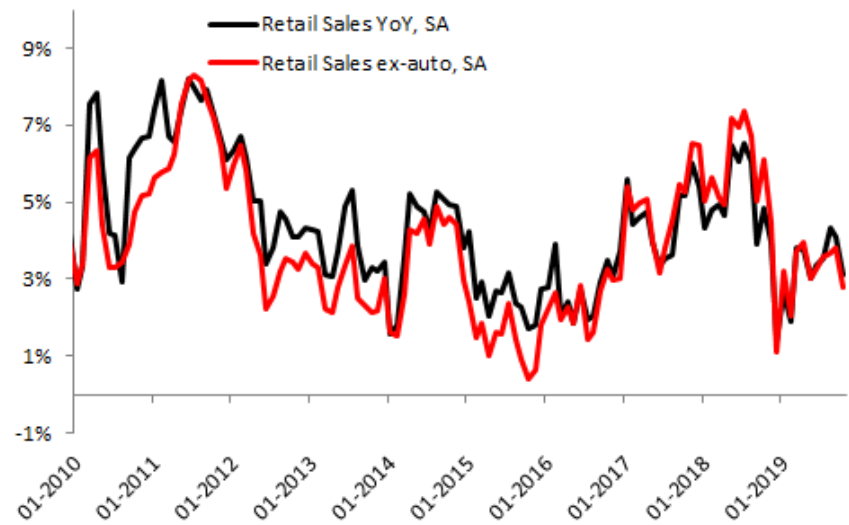 Retail sales have been drifting lower in Y/Y terms in recent months with the uplift seen at the start of the year fading somewhat. Source: XTB Macrobond

This is something of a mixed bag on the whole with the beat on the headline the main positive although lower than forecast readings for the core and Empire State give an overall feeling of being slightly negative if anything. The retail sales figures could have been dampened by consumers delaying purchases ahead of Black friday discounts, although you would’ve thought this would get picked up in the consensus forecasts.

The reaction across markets has been fairly small, with one of the most notable coming in Gold with the precious metal moving up near its highest level of the day in recent trade. Price is drifting back into the H1 cloud with 1462 a level to keep an eye on below and 1475 above. Source: xStation