1 minute(s)
Cable is the popular nickname for the GBPUSD currency pair. The term dates back to the 19th century, when transactions between the British pound and the US dollar were executed through the transatlantic cable.

The Great British Pound (GBP) is the world’s oldest currency still in circulation and is one of the most liquid markets in the world. Since the pound versus the US dollar (GBP/USD) is one of the most traded currency pairs, the nickname ‘cable’ is frequently used in financial firms, trading rooms and market journalism.

The nickname ‘cable’ dates back to the 1800s, where the exchange rate between the US dollar and British pound was transmitted across the Atlantic by a large cable that ran across the ocean floor between the two countries.

Cable is strongly positively correlated to the world’s most popular currency pair; the EURUSD. This is the reason that many traders decide not to trade on both of these markets at the same time, because there is a probability that both markets will move in the same direction. 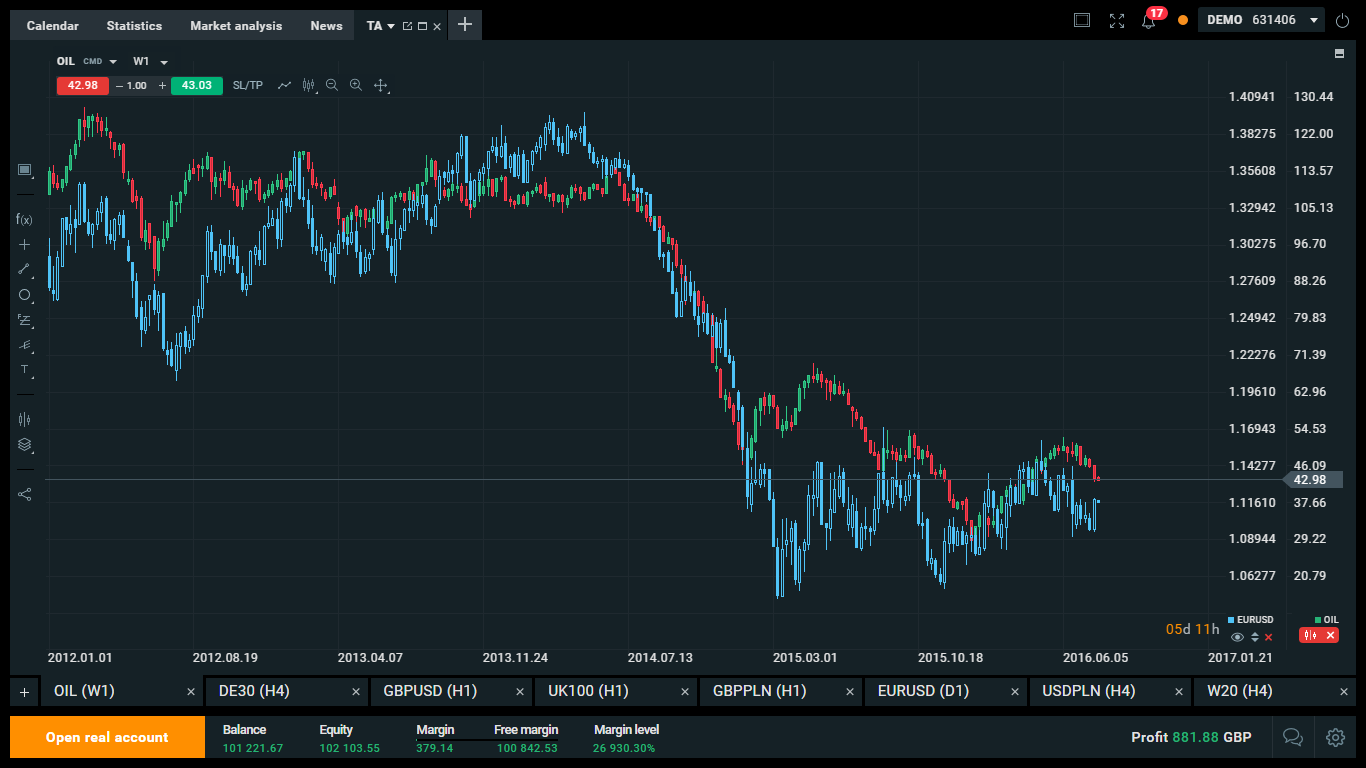 In the example above, you can see the GBPUSD market (red and green candles) and the EURUSD market (blue and white candles), and see that since 2012 both markets have moved in very similar patterns.

1 minutes
What Is the Dividend Yield?