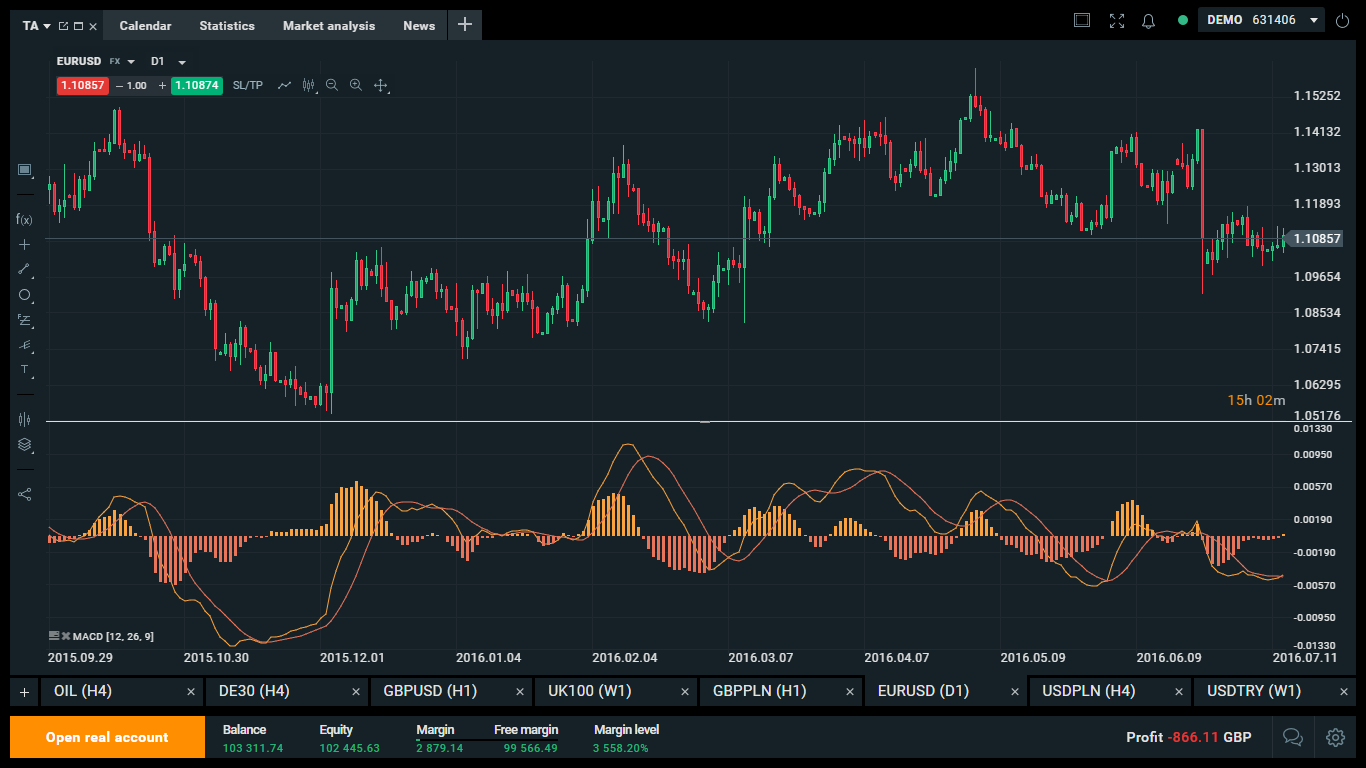 There are various ways of how the MACD indicator may be utilised, but one of the simplest ones is based on the crossovers between the MACD line (orange line) and the signal line (red line). 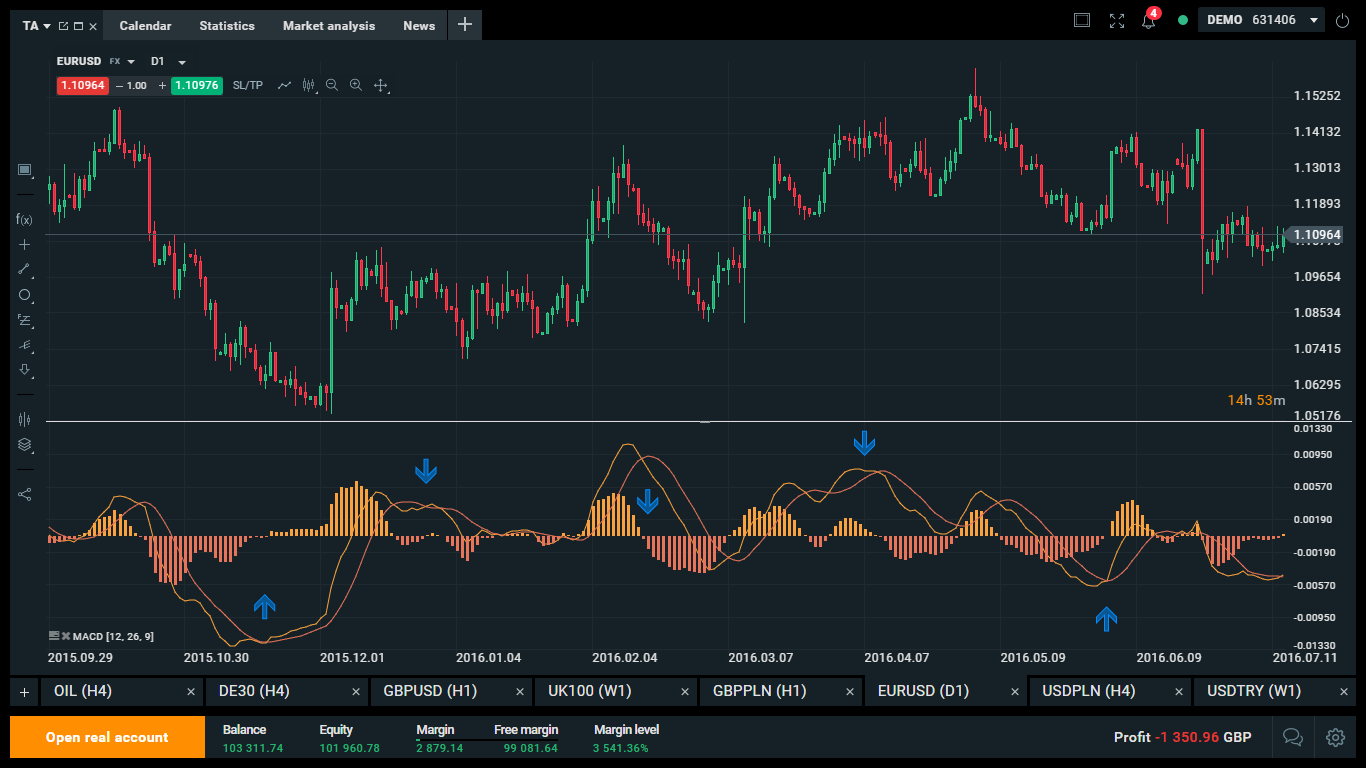 In the above screen, two examples of buy signals and three signals of sell signals were generated by the indicator.

Similarly to other indicators, oscillators and various technical analysis tools, the MACD tends to generate false signals. In order to decrease the probability of generating sell false signals, the MACD may be used with other tools. When all the used technical tools indicate the same direction for the market, then this increases the probability of the success of the trade.

Previous
Heikin-Ashi: basic concepts and trading operations with this type of modified candles
Next
Moving Averages - What Is a Moving Average?