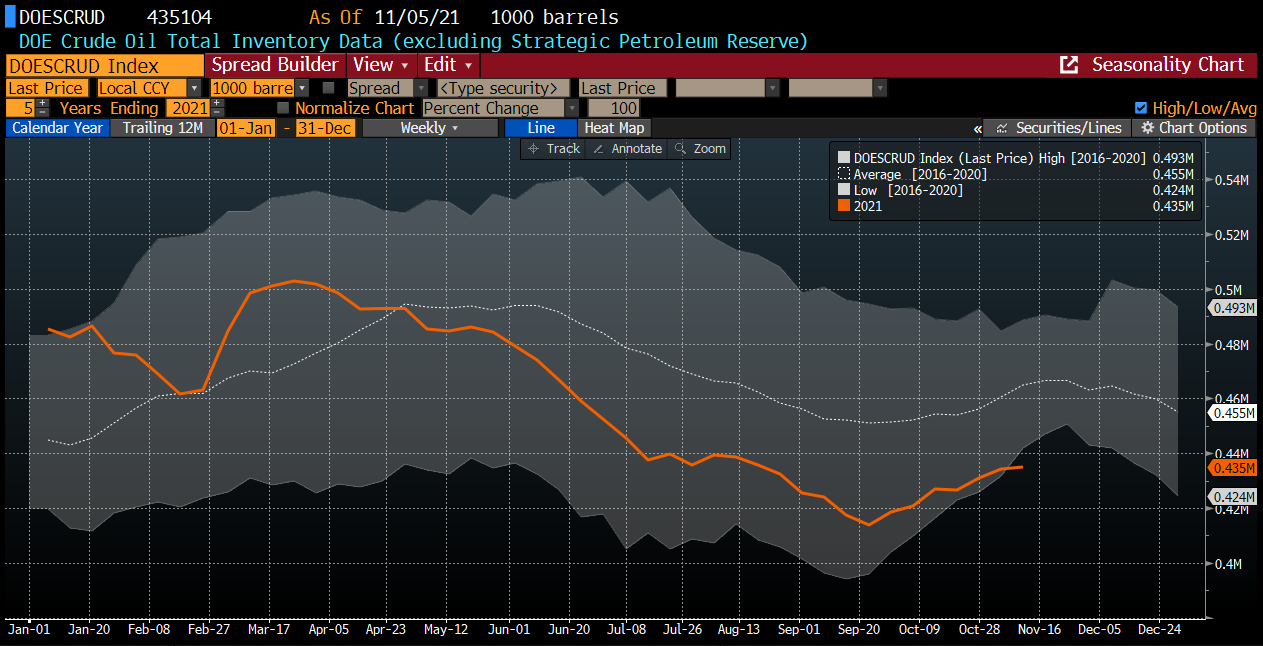 US inventories grew at a slower pace than hinted by seasonal patterns. Source: Bloomberg 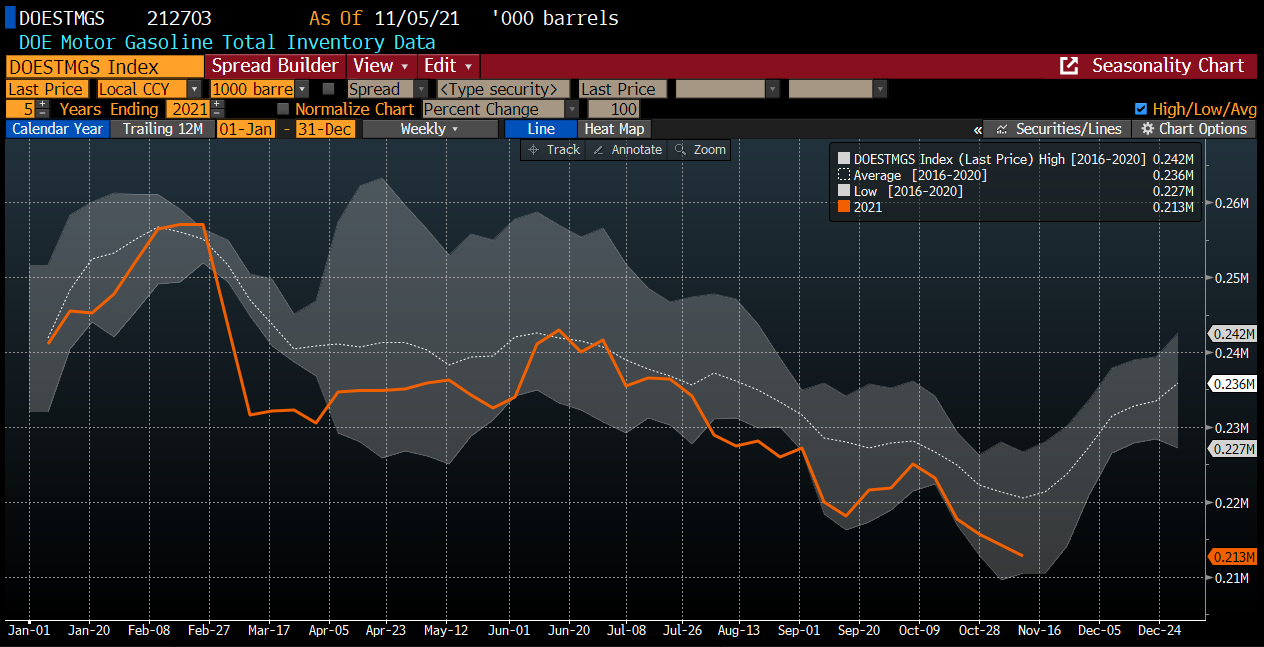 US natural gas prices climbed back above a key $4.80 level. Upward trendline, additionally strengthened by the 100-period moving average, has been defended. Seasonal patterns hint that we are approaching a peak but prices can remain very volatile in the coming months. Market should stabilize by March 2022. Source: xStation5 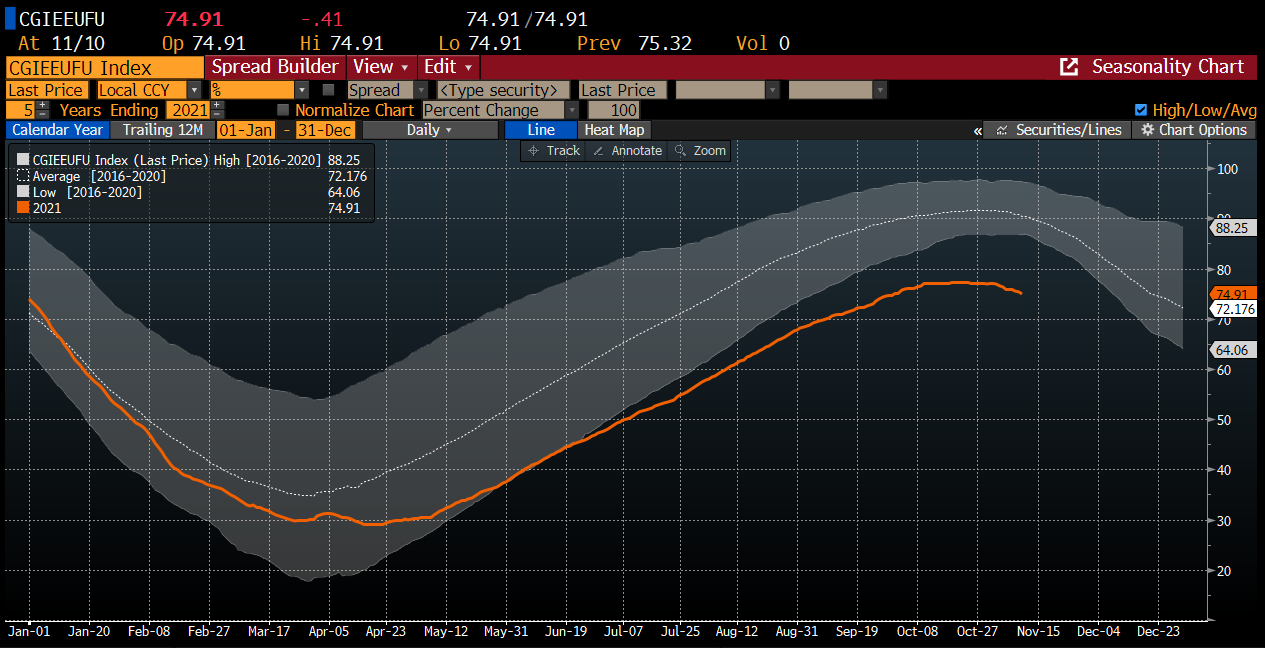 Heating season in Europe has begun and gas inventories on the Old Continent are falling. Source: Bloomberg 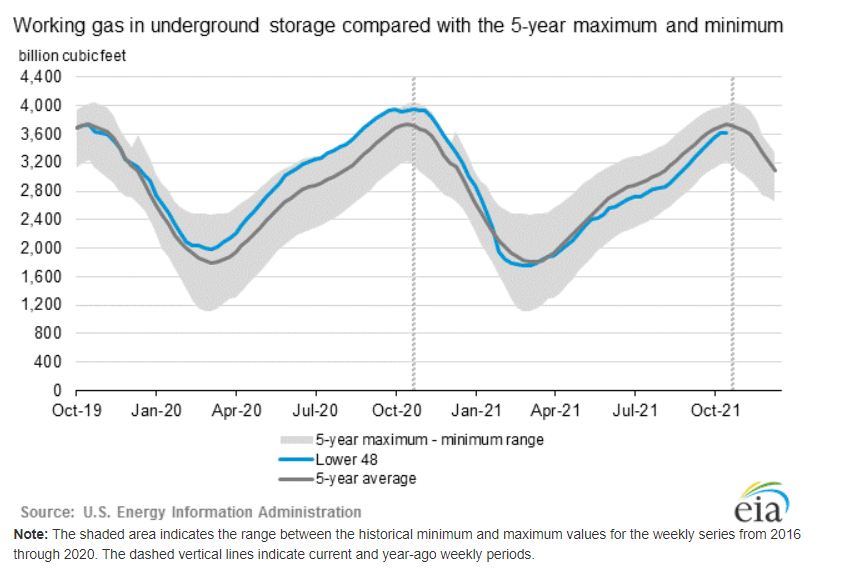 Coffee prices continue to climb higher amid output uncertainty and high costs of deliveries. In turn, availability of coffee may be limited in some parts of the world. It should be noted that net speculative positioning is sitting at extremely high levels. Price has not broken above 61.8% retracement of the 2011-2013 downward wave. Source: xStation5 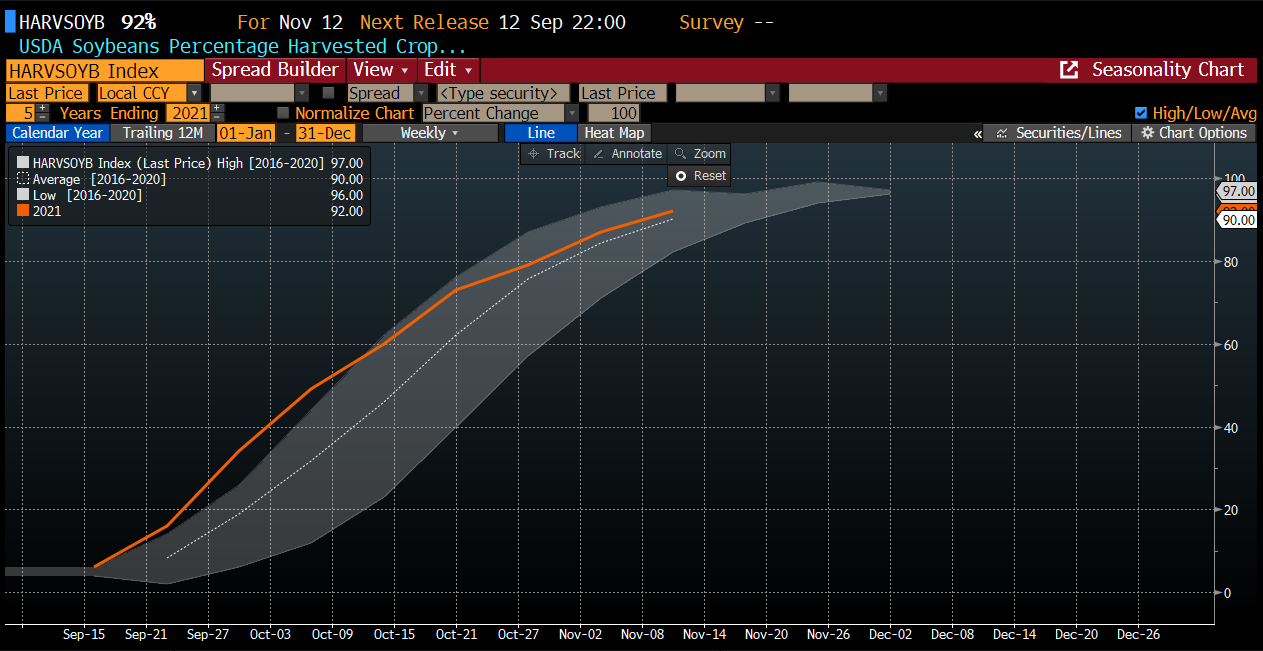 US soybean harvest is almost over - often a signal for looming price rebound. Moreover, pace of harvest has slowed down compared to a very good beginning of the year. Source: Bloomberg

Soybean prices approached the first important resistance in the 1265 cents per bushel area. Strengthening of the BRL may provide more fuel for price rebound, similarly as last year. Source: xStation5