Summary:
- Chairman of the White House Council of Economic Advisers decided to resign
- Nasdaq (US100) fails to bounce higher at the beginning of the US session
- FedEx (FDX.US) sinks after being targeted by China

The US stock market indices launched Monday’s session barely changed against last week’s close. However, as trade tensions did little but escalate over the weekend it seems possible that the US stocks will remain under pressure throughout today’s session.

Nasdaq (US100) is the worst performing major US index at the beginning of Monday’s trade. The index broke below the 200-session moving average on Friday and unlike other US indices is failing to push higher today. Lack of improvement in moods may cause the index to test the support zone ranging around the 7000 pts handle later in the day. Source: xStation5

One interesting announcement came in before the opening of the US stock market session. Kevin Hassett, Chairman of the White House Council of Economic Advisers, decided to resign from the post. No clear reason behind his resignation was offered. However, during the interview with CNBC Hassett said that the decision was made some time ago and was not related to recently announced tariffs on Mexico. Speaking of tariffs, Hassett said that he expects the tariffs to have bigger near-term impact on Mexico than US. The US President Donald Trump is on a state visit to the United Kingdom now but already said via Twitter that he will appoint Hassett’s successor as soon as possible after he returns to the US.

ISM manufacturing index for May was released at 3:00 pm BST. The headline reading showed a decline from 52.8 pts to 52.1 pts, in spite of an expected rebound towards the 53 pts. Employment, prices and new orders subindicies all rose against last month's values. However, the production and backlog of orders subindices declined significantly. In turn, the headline index found itself at the lowest level since October 2016. 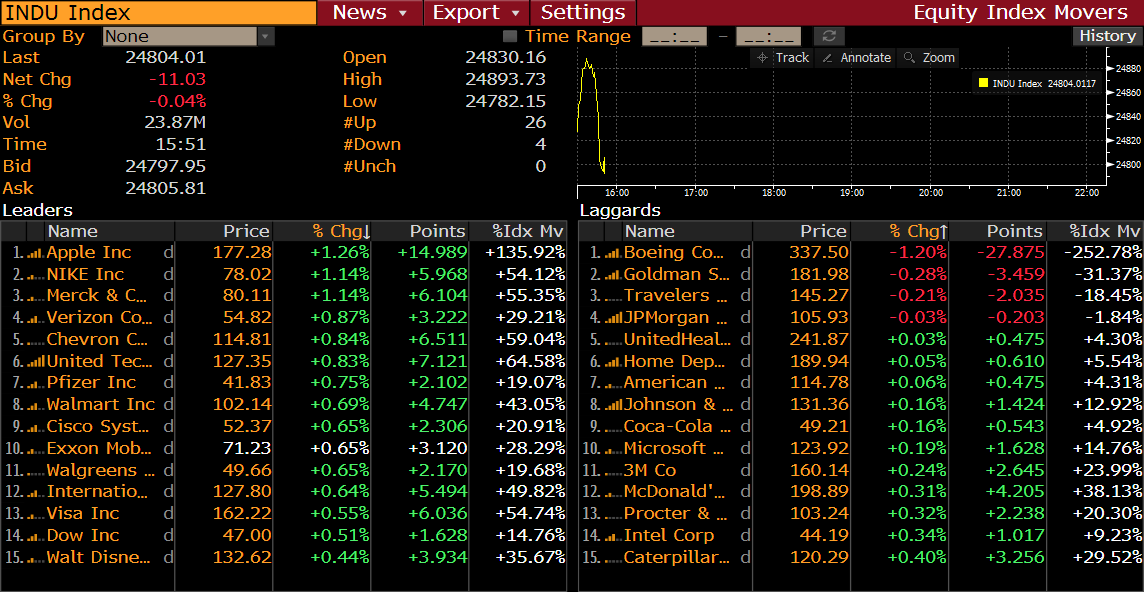 FedEx (FDX.US) shares are performing poorly at the beginning of Monday’s session. It should not come as a surprise given that the company has been targeted by China over the weekend. World’s second largest economy has launched a probe into “wrongful” deliveries of the US courier. While officially the move is not related to trade, it is hard not to link it with the ongoing US-China trade dispute. FedEx is already feeling pain from weak international freight activity and being targeted by China certainly does not make outlook brighter. The stock is trading at the lowest level since mid-2016.

It is not a secret that Donald Trump is far from supporting CNN, the TV channel owned by AT&T (T.US). However, this time the US President took his criticism a step further. In a series of morning tweets Trump once again said that CNN is spreading fake news and streams unfair coverage of him. What was different this time is the fact that Trump actually called for a boycott of AT&T. While the announcement has little initial impact it shows that Trump is using bolder language towards his long-standing enemies and that may be seen as a warning signal.

FedEx (FDX.US) opened slightly below the $150 handle on Monday, the lowest level since mid-2016. The downward price gap was to big extent closed in the first minutes of trade but the company is likely to become more vulnerable to the trade war news now. Source: xStation5

Bitcoin has been having a hard time recently. The most famous cryptocurrency launched a pullback after reaching a new all-time high in the $42,000 area...