The news released by the Chinese government regarding new waivers offered to some country’s public and private companies to buy US soybeans has clearly improved risk sentiment this morning. As a consequence of the waivers, Chinese companies (state-owned buyers like Cofco and Sinograin as well as five other crushers) will be allowed to purchase up to 3 million tons of grain from the United States without being burdened with retaliatory duties. Moreover, as the report says some Chinese companies have already bought about 1.2 million tons of the commodity from the US on Monday. These comments are boding well ahead of another round of face-to-face negotiations expected to be held right after a public holiday in China between 1 and 7 October (National Day of the People's Republic of China). Following the revelations we have seen a moderate increase in risk sentiment which could be well captured by the AUDJPY. After approaching its crucial support, the pair has accelerated its rebound after the report from China. Subsequent resistance levels can be found nearby 73.2 and 73.5. 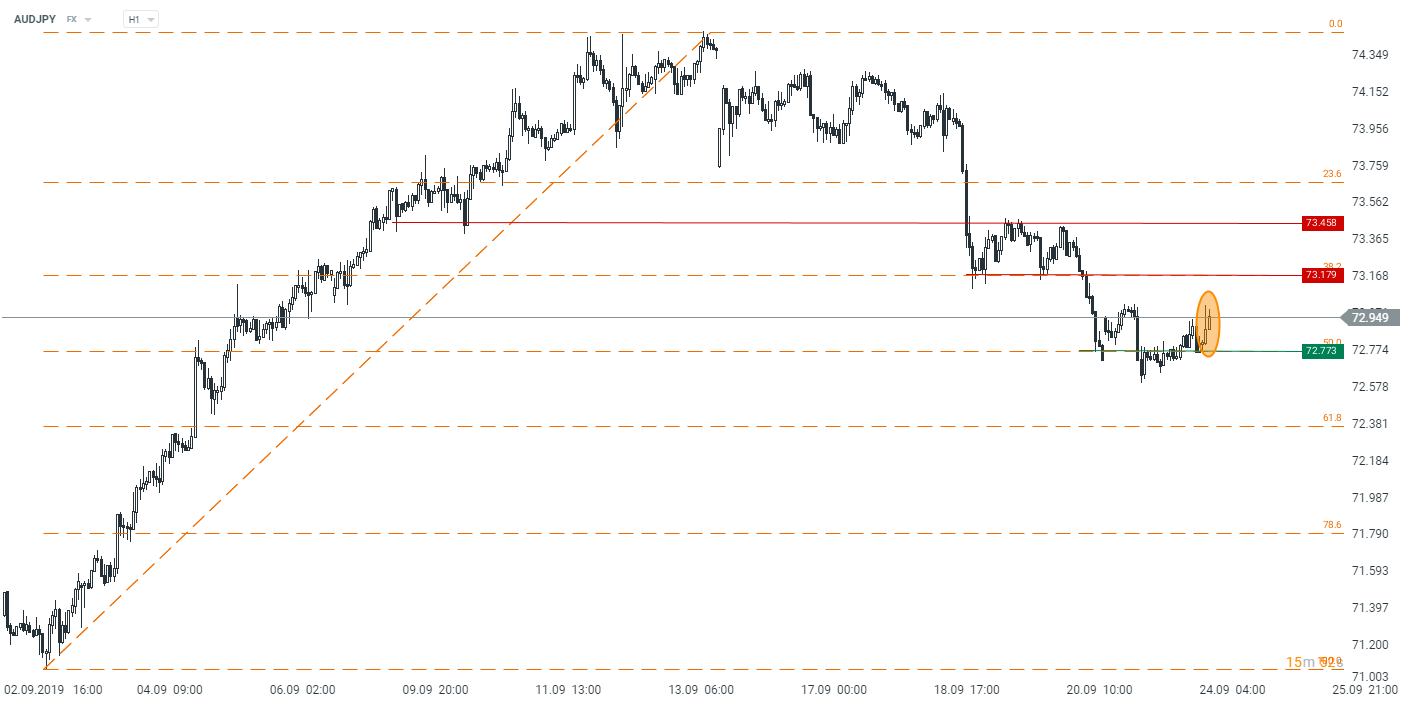 The AUDJPY is taking advantage of the report from China. Source: xStation5