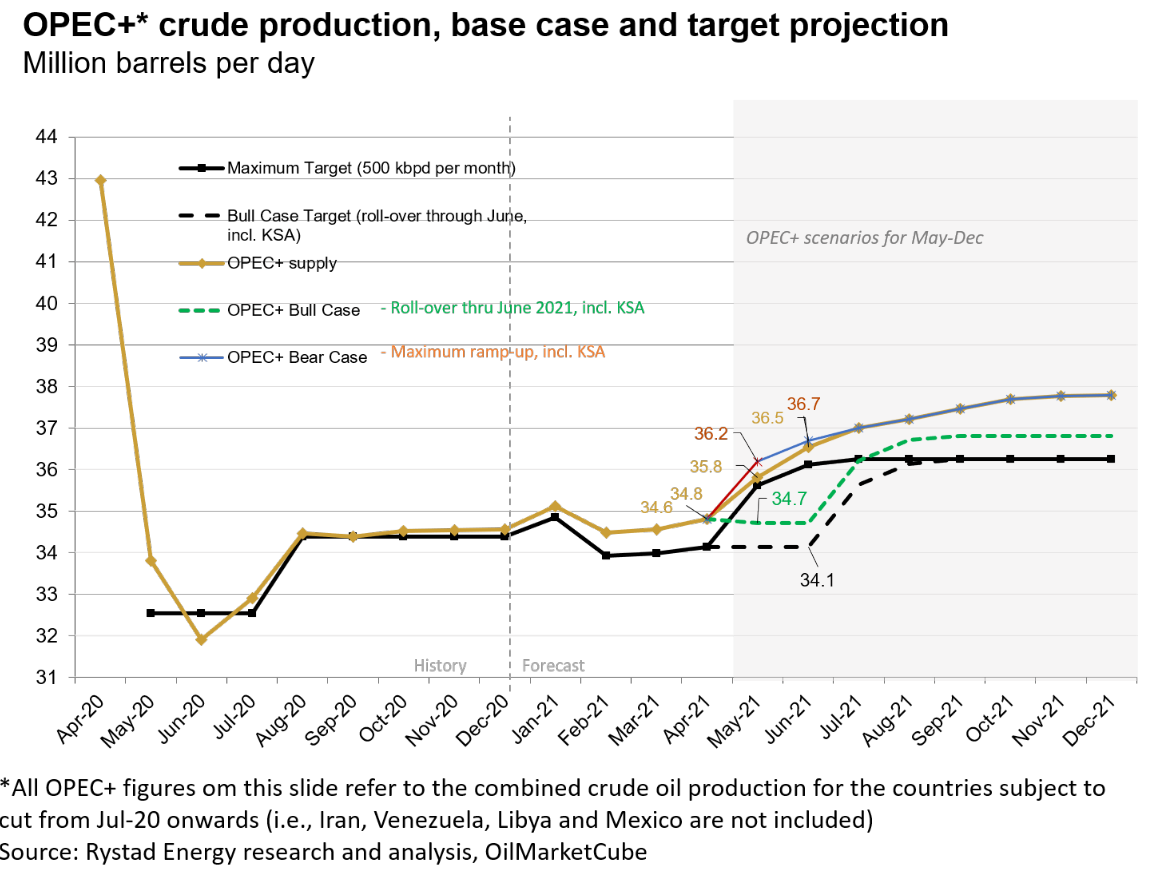 Supply from OPEC + may reach almost 40 mbd at the end of the year, although it will still be about 3 million lower compared to April last year. Source: Rystad Energy Individual production cuts by the OPEC + group.It can be seen that large producers will not significantly increase production in the coming months. Russia production will remain around 1.5mbd below the reference output. Source: OPEC

Brent crude oil is trading around $ 60 a barrel. On the other hand, looking at the behavior of prices in 2010, the correction could be deeper and even reach $ 50 per barrel. Of course, the further situation will depend whether OPEC members will respect the agreement and from potential rebound in demand in the coming months. The nearest target for the bulls remains around $ 74 a barrel, where the long-term downtrend is located. Prices are currently supported by the  $ 60 per barrel level and the lower bound of the upward trend channel. Source: xStation5

The gold price bounced off the support determined by the range of the correction from the previous historical high and  the current upward trend line. Source: xStation5

Based on the example from 2010, we can observe that a strong increase in bond yields does not always have such a large impact on the price of gold. Moreover, it is possible that yields will not decline, which would support gold prices. It's also worth noting that net positioning in gold has hit relatively low levels (half the range between overbought and oversold). It is worth noting that it was precisely from these levels that net positioning bounced during the 2008-2011 rally. Source: xStation5

Platinum price may continue upward move not only towards the upper limit of the market geometry but even as long as no crisis arrives in the United States. Platinum is strongly undervalued compared to gold or copper. Source: xStation5

Corn price pulled back from the area near 50% retracement and closed a bullish price gap. Possible profit taking combined with strong USD and shift in positioning remain key risks for the future of the price rally. Source: xStation5 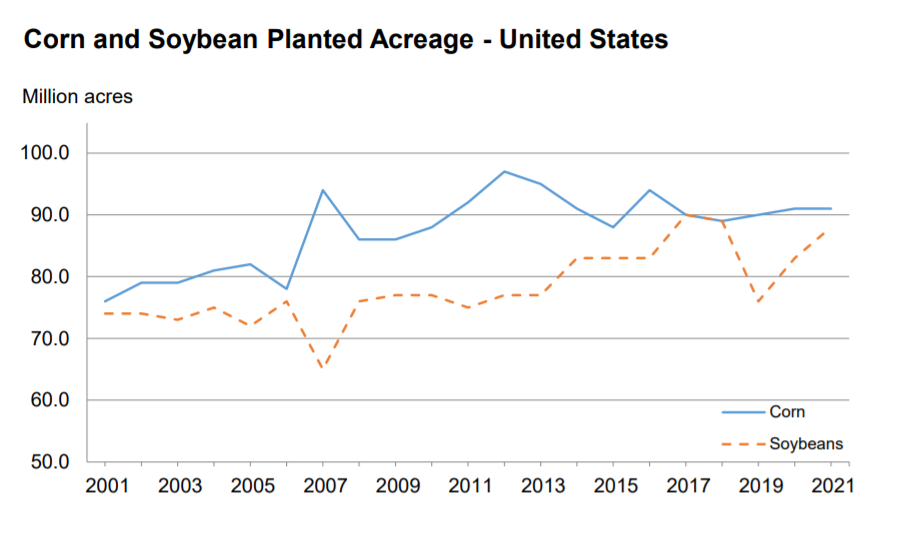 US farmers plan to sow more or less the same acreage with corn as they did in the previous year. This comes in spite of a higher corn price and better outlook for exports. Poor weather conditions during the sowing period may push prices higher. On the other hand, if farmers in fact plan to sow large area than the report hinted, corn price may be at risk of deeper correction. Source: USDA