There were 3 upward waves during the 2016-2018 boom on the oil market. Each was $25 on average and was followed by $10-12 decline. Situation continued until a large price decline in 2018. First upward impulse from 2020 was very similar to this pattern. Current seasonal patterns hint at a possible pull back towards $55 area. Upper limit of the upward channel should act as a resistance. Q2 target remains price zone above $70 and the long-term downward trendline. Source: xStation5

Copper inventories on global exchanges are rebounding, what may exert pressure on copper prices. Source: Bloomberg

Comparing the current technical situation to 2009, we can see that a correction may be looming that could take the price to as low as $7,500 per tonne. Long-term seasonal patterns support this view. On the other hand, the 50-period moving average and lower limit of the upward channel should act as near-term support levels. Source: xStation5 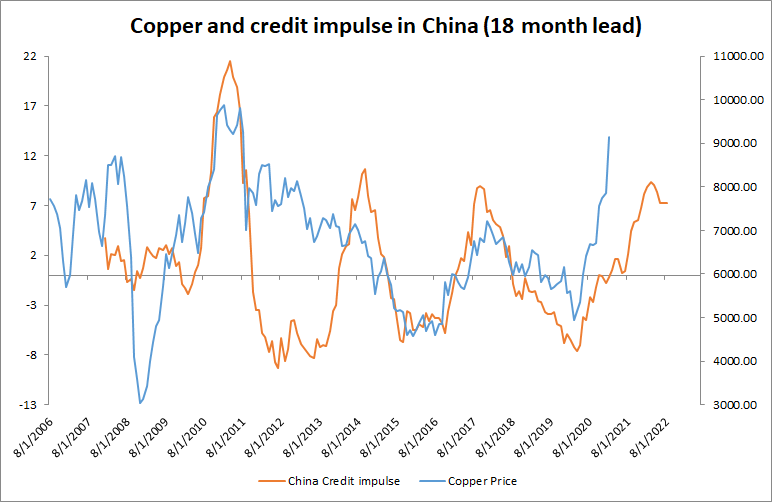 Lack of credit expansion in China may pose a threat for copper prices in short- or -medium-term. Credit impulse growth slowed significantly and differs from the 2010-2011 situation. On the other hand, recovery in China credit impulse should be positive for copper. Source: Bloomberg, XTB 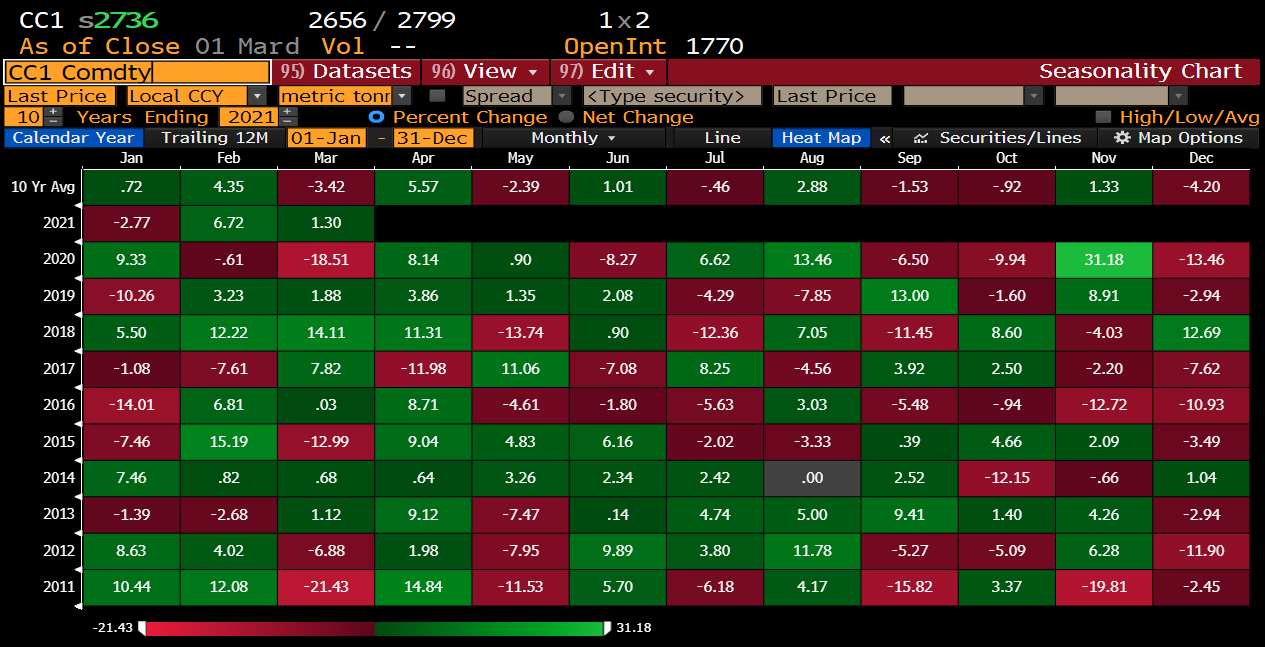 March has been a poor month for cocoa prices. However, 3 poor years weigh significantly on the average, with last year's pandemic drop being the best example. On the other hand, April is usually a positive month for cocoa. Source: Bloomberg

Cocoa prices test the upper limit of a recent trading range. $2,700 area is the first target while $2,900 is the second one. In case we see a pullback, the lower limit of the upward channel should be seen as the first support. Source: xStation5 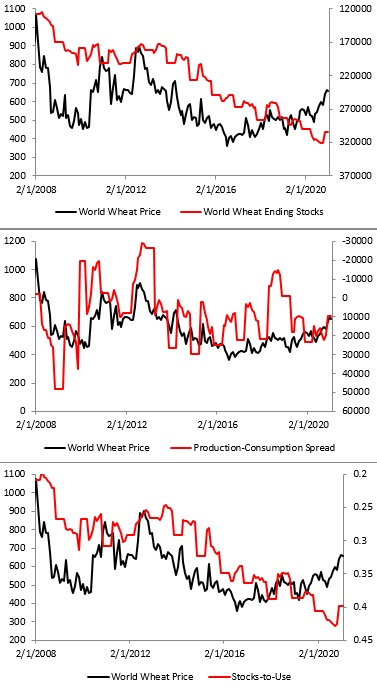 Global end stocks are declining while production and consumption are nearing an equilibrium. Stocks-to-use remain at a very high level compared to history. Source: Bloomberg, XTB

No pressure can be spotted in positioning data. Neither from buyers, nor from sellers. Source: Bloomberg

Wheat prices performed in 2016-2021 similarly to 2002-2006 - slow uptrend with limited volatility. Assuming a similar situation, current correction should lead to highs from previous trading range - 576 cents per bushel - or have a similar range to correction from 2006, leading to 540 cents per bushels. However, in case global stocks decline, price could jump to as high as 1000 per bushel. Source: xStation5