Tuesday started the earnings season on Wall Street and this factor alone brought the US30 back to 29000 points. JP Morgan (JPM.US) rose 2% after earnings that showed both EPS and revenues above expectations. The Bank surprised with a surge in sales&trading revenues. Better earnings were also presented by Citigroup (C.US) while Wells Fargo (WFC.US) disappointed. The last one is not included in the Dow but it’s part of the S&P500, explaining relative weakness of US500 today. Tesla (TSLA.US) remains in the spotlight – at one point its price reached $546, 207% gain in just 7.5 months! 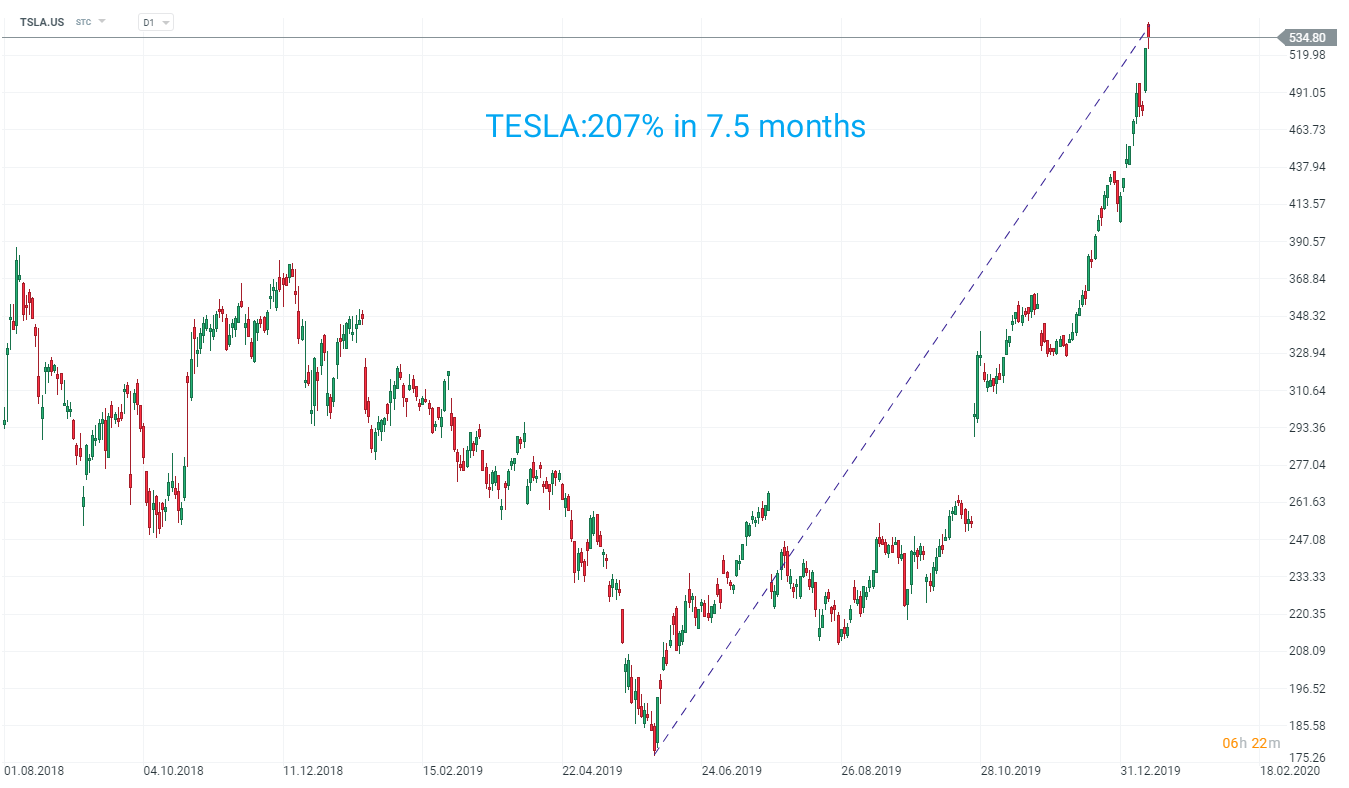 The macroeconomic data was just the background. China saw better trade report for December, albeit partly due to base effects. US inflation was in line with expectations at 2.3% (both headline and core) having no impact on the FX. While the majors saw moderate moves, EURCHF slid to 1.0765, the lowest level since April 2017. Markets are seeing some yield recovery in Europe and that seems to among factors supporting CHF. Unusual strength was also seen on the Polish zloty – EURPLN broke a lower limit of a nearly 2-year old consolidation and dove to 4.19 before recovering to 4.22.

On the commodity market OIL recovered slightly from a multi-week lows while Gold and Silver moved lower amid a general risk-on approach. These moved were dwarfed by the crypto market where Bitcoin soared to 2-month highs (above $8500) and Bitcoincash leaped by 25%. It seems like some fresh capital has been entering the market since the start of the year.

Wednesday will see an official signing of the PhaseOne US-China deal. It’s obviously better than new tariffs been so much hyped that it’s hard to see how it could deliver another positive surprise. Let’s recall that existing tariffs will mostly remain in place and unless there’s some kind of road-map for tariff rollback, the deal might do little to revive global growth.