〽Will Jerome Powell move the markets?

Wednesday is expected to be very intensive on the markets with the calendar full of events and the FOMC meeting (decision 7pm GMT, conference 30 minutes later) on top the list. With the Fed already pursuing aggressive monetary policy, is there anything left to watch today?

The short answer is – yes. The Fed could use a combination of 0% rates and $120 trillion QE a month but even that could not be enough if the markets start anticipating the unwind. Why would they do that? Fed’s Powell kept stressing that without the vaccine a return to stable growth was impossible and now with vaccination already beginning in the US there is less room for this narrative. If the vaccine makes the Fed more optimistic, it should be visible in macroeconomic projections. Be careful though, projections might see higher growth but not necessarily higher inflation (which is key for future decision on QE and rates). Projections are released together with the statement at 7pm GMT. 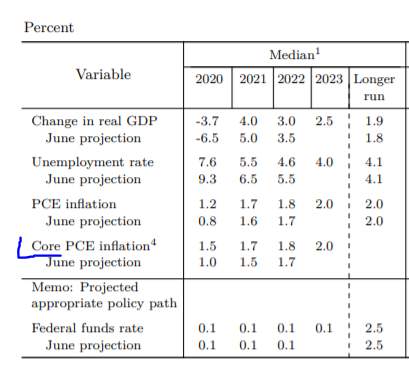 Whatever optimism could be seen in projections, Jerome Powell will make an effort to deflate it during his conference. Therefore, traders should also watch for the dot-plot. In September only one member saw a hike in 2022 and four members in 2023. Are there more optimists now? Forecasts are important but crucial is if it leads to earlier than planned tightening (which is unexpected and would be negative for indices and Gold, and positive for the dollar) US500: Is a repeat from June possible?

Markets expect nothing but unconditional support from the Fed for years. However, traders should remember the June meeting when there was a lot of optimism (regarding economy reopening) and yet the FOMC meeting started a significant correction on US500.