Market Alert: What to expect from the NFP report

Last month the NFP report was a massive surprise showing an unexpected rise in employment and lower unemployment rate. This month the report will be released on Thursday due to the long weekend in the US. What to expect?

May NFP report started a series of positive economic surprises. While economists expected employment to shrink by some 8 million it actually expanded by 2.5 million, following an unprecedented decline in April  (20.5 million). How was it possible that the data surprised so much? First of all, the economy opened sooner than expected and many temporarily furloughed workers returned. Second, there was a talk of some classification errors amounting even up to few millions! Either way, May data was about reopening there is still a big hole to recover from.

The data we have received so far seems to make another such surprise unlikely. The ADP report, treated as the closest proxy to the NFP showed employment increase of less then 2.4 million – less than expected and below the NFP consensus of 3 millions. The May ADP saw a huge revision up (from -2.7 to +3.1 millions) but this is in line with the last NFP. Claims data does not show a major improvement too. The report will be released at 2:30 pm CET (1:30 BST). 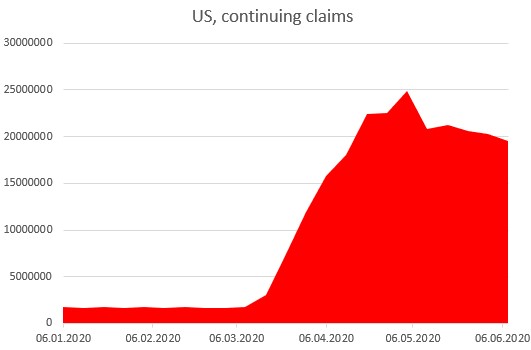 Continuing claims have shown only a minor improvement since beginning of May. Source: Macrobond, XTB Research

The key index surged above 3200 points after the NFP report last month but then the rally stalled. Despite the FOMC efforts to prop up the market, pandemic concerns prevented further gains. Could the index print the ABC correction that would see it dive below 2900? The NFP might not be decisive here (again keep watching for the US COVID data) but will be one of the factors for sure. 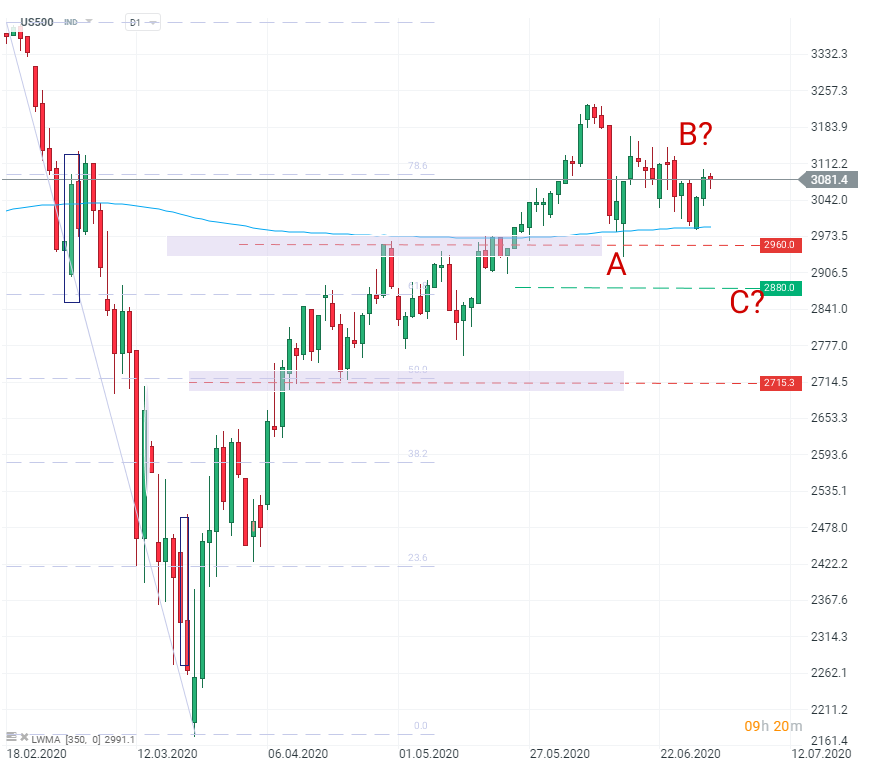 The pair rallied amid strong market sentiment in the second quarter but witnessed some fatigue in June. There was even a scary head and shoulders formation but it was stopped at a neckline. This zone is being tested again – the data here could be a bit puzzling. Normally strong report is USD positive but if there is a negative surprise and it spoils moods in indices, risk aversion can weigh on EURUSD too. 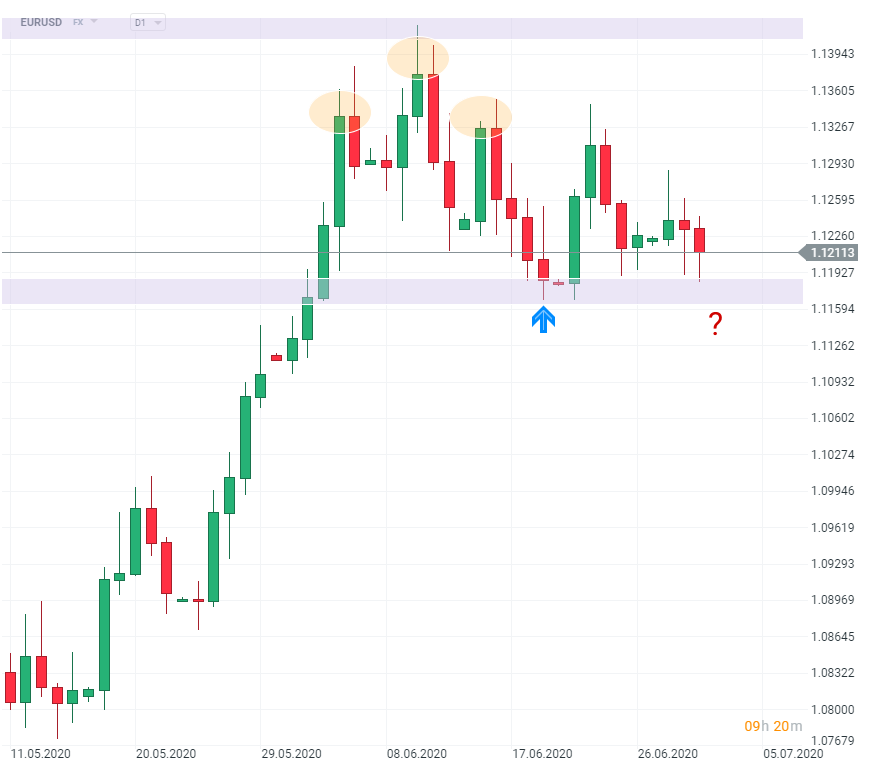 Below we present some key takeaways from the Fed Chairman’s press conference: Goods spending has moderated following large gains Consumer...

The Federal Reserve left its benchmark interest rate unchanged Wednesday.  This decision that was widely-expected as senior central bankers take a...