GameStop and AMC shares are back on the rise! 📈📌

Shares of Gamestop (GME.US) and AMC Entertainment (AMC.US) today rebounded from the recent period of 'slow' trading, while Bed Bath Beyond (BBBY.US) shares continued the demand-driven rally started the previous week. Will the dynamic rebound result in a broader improvement in sentiment around the companies' listings and cause a wave of frenzied rallies once again? 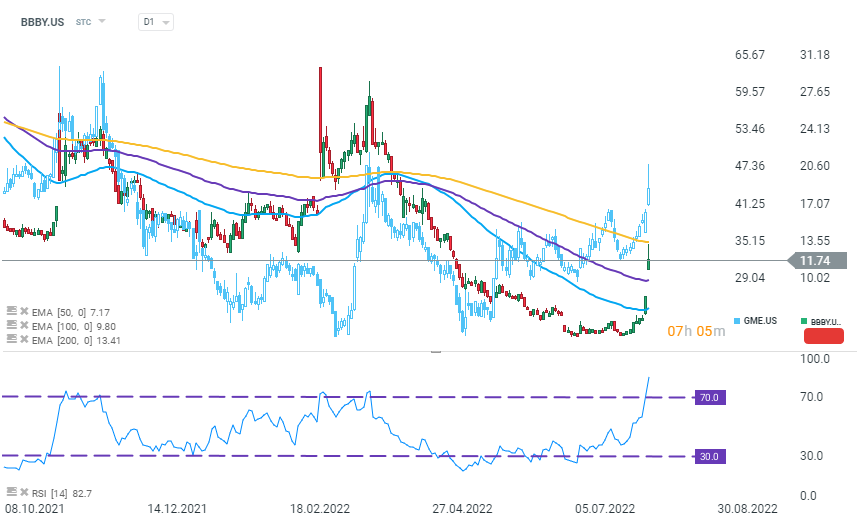