What to expect from the Fed?

The Fed has managed to turn around markets in March and ever since then investors count on the US central bank to boost sentiment. The decision is at 7pm BST and the conference starts 30 minutes later. What to expect today?

The Fed is unlikely to introduce any new programs today as it want to wait and see how the economy recovers from the crisis. However, the FOMC has already discussed the idea on Yield Curve Control where the bank would target some specific bond yield (say 3-year bond yield at 0.1%). With next projections in September and relatively calm market the Fed is likely to delay decision on YCC but any extended discussion would suggest that the program in imminent.

US500 close to all-time highs

It’s not a secret that indices recovered from the pandemic slump mostly due to massive monetary support. Investors will look for hints of more help but will also need to watch for any downgrade in economic outlook due to pandemic situation in the US. So far the US500 has managed to defend the 3200 support. Gold could be the most affected by the FOMC meeting today given the latest impressive rally. Balance sheet expansion by central banks is the key driver for the rally and the $2000 level await to be conquered. Gold bulls would certainly like to see introduction of YCC idea. 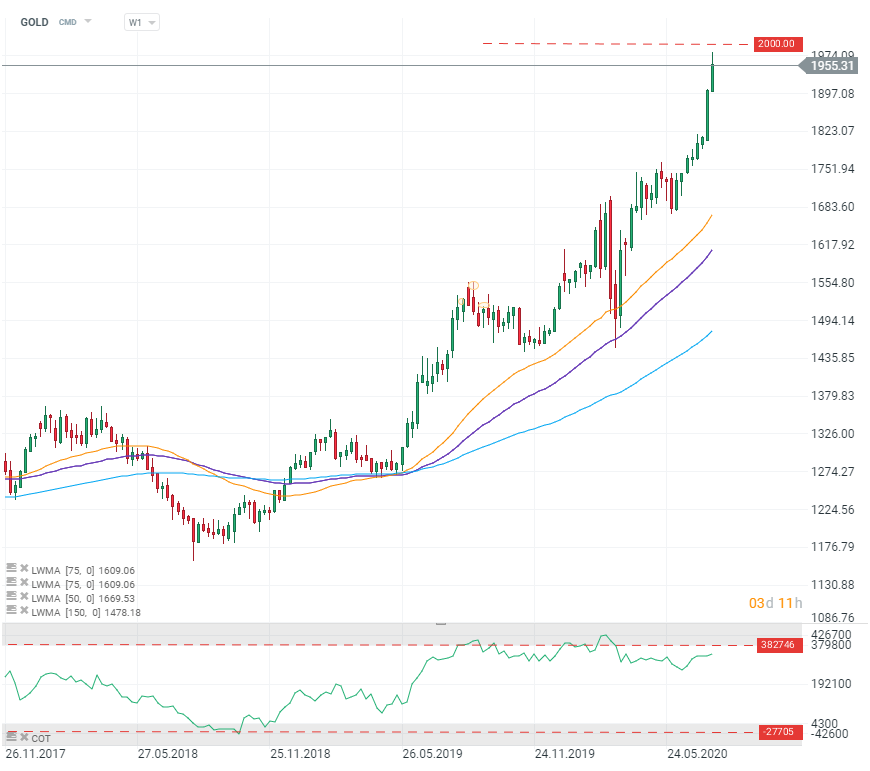